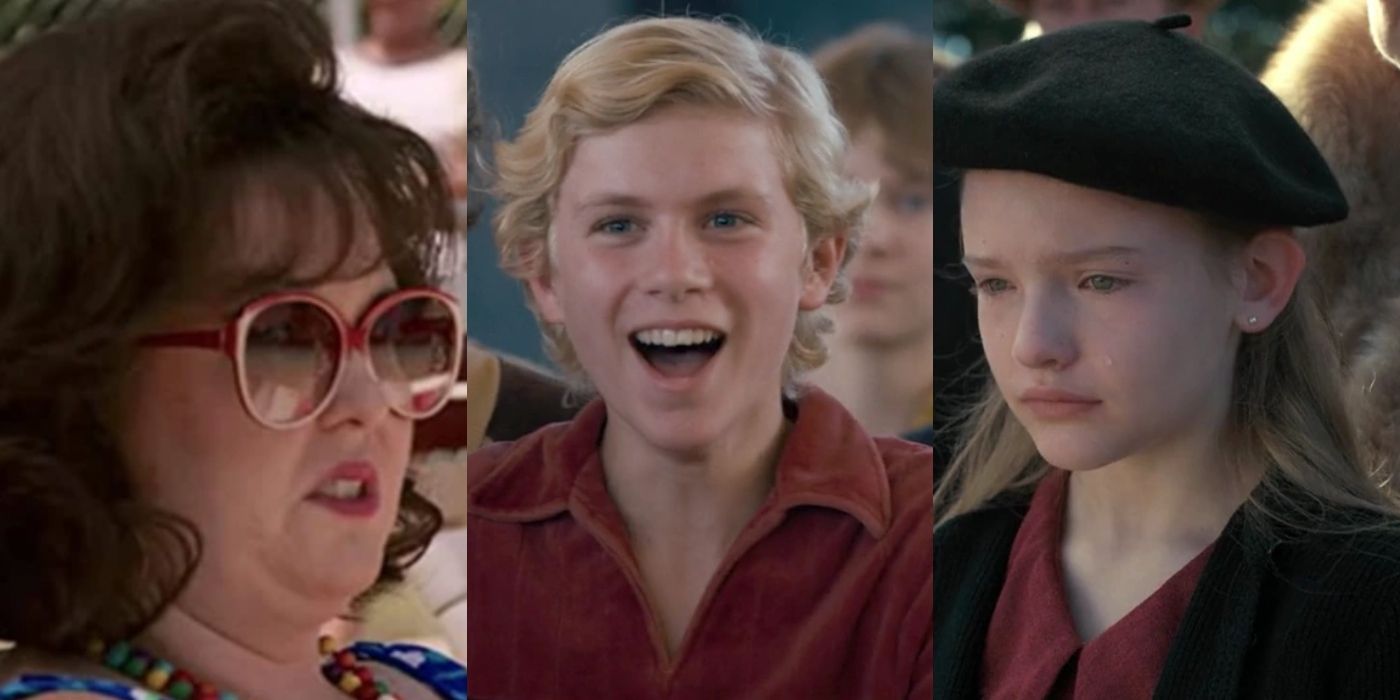 Dave and Aubrey Appel recently made headlines for creating Halloween decor that looks like Max Mayfield from Stranger Things. According to NBC News, the Chicago couple shared their work on TikTok and fans of the popular Netflix series were thrilled to see what they did, with one video earning over 13 million views.

Many elements of season 4 of the hit show are impossible to forget about, from learning the truth about Eleven and Vecna’s connection to watching Max’s friends bring her back with Kate Bush’s beloved song “Running Up That Hill.” But with four packed seasons, it makes sense that fans have forgotten about some characters along the way.

While Dustin Henderson and Steve Harrington’s friendship is one of the sweetest aspects of Stranger Things, Steve does have some other pals, including Brenda. The Hawkins High student becomes friendly with Steve in season 4.

However, because Brenda only appears onscreen a few times and she doesn’t have any major storylines, it’s possible to forget about her. Steve is dealing with so much, from helping his friends to working through his feelings for Nancy Wheeler.

There are several season 1 characters who have minor roles and who have fallen to the wayside. There is so much story to remember on Stranger Things that it can be tough to recall every classmate or peer who The Party interacts with.

Jennifer Hayes is a forgotten season 1 character from Hawkins Middle School who goes to what the residents of Hawkins assume is Will Byers’s funeral. Jennifer becomes emotional during her brief scene, but Will’s friends don’t really talk to her.

Jeffrey is another minor player from season 1. He works at Melvand’s General Store with Joyce Byers, and when looking back on Jeffrey’s short time on the series, it’s interesting to think about how much Joyce’s life has changed since these early episodes.

While in season 1, Joyce searches for Will and feeling devastated, she begins exploring her dating life in season 2 when she falls for Bob Newby in season 2 and then realizes that she has feelings for Jim Hopper. It’s possible to forget that Joyce had this job back in the first season as she goes through so much since then.

Greg McCorkle is introduced in season 1 and attends Hawkins Middle School. Greg is a bully who makes fun of other students constantly and like other bullies who aren’t fleshed out much, Greg mostly seems cruel instead of having a real personality that is obvious and detailed.

Although Greg is a mean person, he doesn’t have any major storylines and doesn’t interact much with the main characters, which makes it easy to forget about him. Angela is a more memorable bully and in season 4, she is part of many heartbreaking plotlines where she continues to laugh at and tease Eleven.

There are many memorable Stranger Things side characters, including Karen Wheeler, who is a support system for Mike and Nancy. In season 3, Karen, who is bored with being a housewife, is interested in Billy Hargrove and often lies by the Hawkins pool so she can see him.

Karen has a friend named Jill who is often there with her, sunbathing and staring at Billy. While fans remember Karen’s feelings for Billy thanks to the large age gap between them, it’s harder to remember Jill. The focus here is on the unhappiness Karen feels that draws her toward Billy.

In season 1, Nancy has several good friends, including Ally, who is part of a major scene when Nancy is wondering where Barb Holland is. When compared to Barb, who is a well-crafted character with clear personality traits and a terrible ending, Ally doesn’t have much of a personality.

It’s easy to forget about Nancy hanging out with other classmates as her friendship with Barb stands out the most. It’s awful for Nancy to learn about Barb’s incredibly dark death and Nancy wants to do what she can to honor her pal.

There are several classmates at Hawkins Middle and High School who are often seen in the background of school scenes. It’s possible to forget about them as there is so much going on all the time and the young characters are so focused on finding Will, helping each other, and fighting the scary monsters in Hawkins.

Tracy’s appearance is in the season 2 episode “MADMAX” sees her using a fortune teller in a classroom. Since she doesn’t have a major role and doesn’t talk to the other characters, she’s more forgettable than some students.

In season 3, Hopper learns that Mayor Kline is cheating on his wife Winnie with his secretary Candice, and he’s upset. This isn’t a plotline that lasts very long and there is so much else going on during this season of Stranger Things, including the characters spending as much time as they can at Starcourt Mall, that it makes sense to forget about Candice.

This storyline is important, though, as it shows that Hopper has a moral compass that he thinks about all the time. Hopper expects people to act in an appropriate manner, especially if they’re in charge of the town. Mayor Larry Kline made more of an impact than Candice because fans know that he’s a terrible person and Hopper considers him to be an enemy.

Stranger Things has many scary scenes, including in season 3 when The Mind Flayer gets inside a Hawkins resident named David’s head when he’s using a barbeque at the town’s 4th of July party. The Mind Flayer then murders David.

While this is a horrifying moment and a sharp, painful reminder of how this monster can get absolutely anyone in Hawkins, it’s hard to recall that it was David specifically who was taken here. When looking back on each season, fans know the bigger story arcs and the major character moments, but some smaller scenes can be forgotten easily.

Like other TV shows and movies that focus on young adults, Stranger Things does show the young characters attending classes, but they’re often so distracted by what’s happening in Hawkins that they don’t pay much attention to their schoolwork. There are several classmates who play a small role on the show and Mindy Novack is another forgotten Hawkins High school student.

Mindy doesn’t have much going on and isn’t given any development, as all that is known about her is that she likes blowing bubbles with her gum. She appears in season 2, which is another action-packed season with Max’s arrival, a Halloween celebration, Eleven becoming part of a gang in Chicago, and Will still being affected by what happened to him in season 1.

NEXT: The 10 Best TV Shows To Watch On Netflix This Month