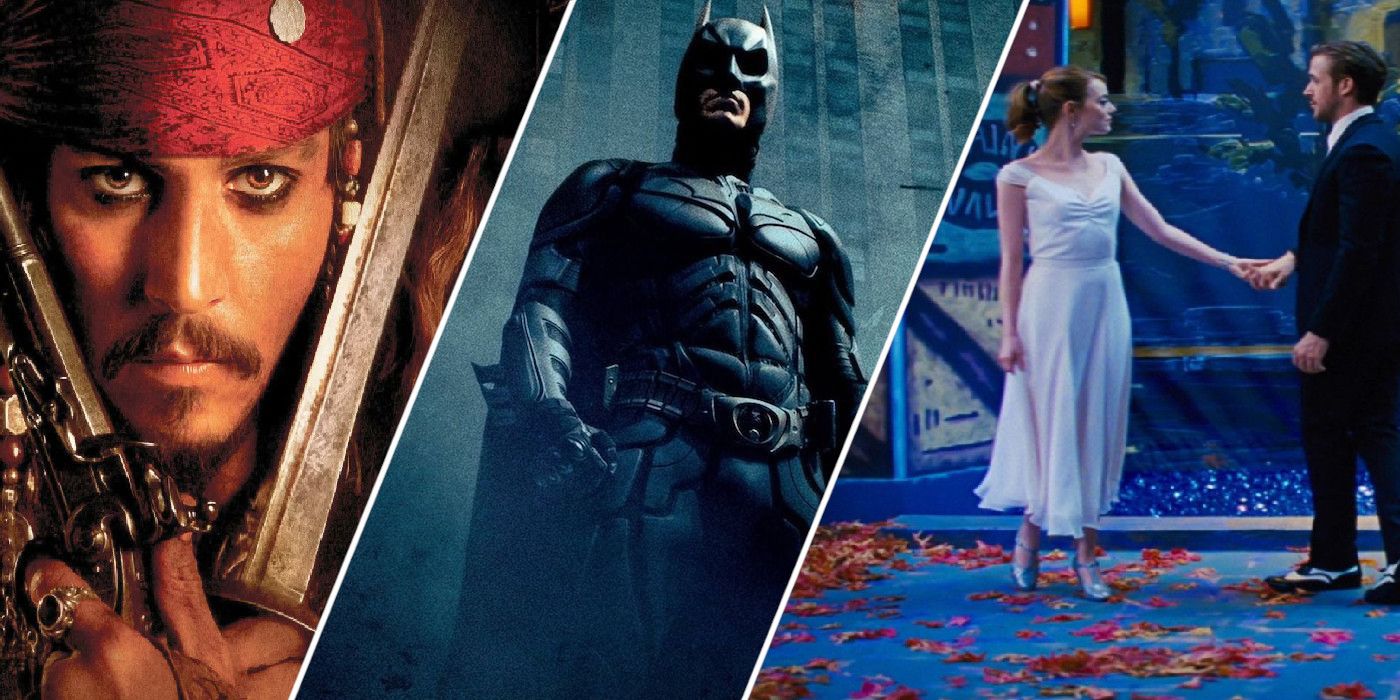 Has classical music lost its pizazz as your go-to focus music? While there are plenty of movies that feel like a soundtrack to our day, movie scores are the perfect replacement when you still need the symphonic sound to keep the focus going during the workday. History-making movie moments wouldn’t be as transcending without the scores behind them.

Movie lovers galore have imagined what the score of our lives would sound like. Unless you’re a music composer, you’ll have to settle for a well-crafted collection from a cinematic favorite. From heavy-hitting Oscar-winning composers to iconic franchises, these film scores have that extra charm to get us through a workday.

Despite two different composers penning the scores across these films, Pirates of the Caribbean is one of the best sets of scores out there to rival other iconic melodies. Kalus Badelt composed The Curse of The Black Pearl, which became the foundation for the original trilogy (the remaining films are arguably a black mark on the franchise). A close colleague of the masterful Hans Zimmer, Badelt would not work on Dead Man’s Chest or At World’s End as Zimmer took over the reins. However, the two did work together on the now iconic track, “He’s a Pirate.”

From the quirky “Jack Sparrow” arrangements to intensifying “The Kraken” and majestic final “What Shall We Die For” as the colors are hoisted, the first three films are grandiose but have the power to enthrall you while you get the job done. And if they don’t keep you focused, they may inspire you to stream the original three films as soon as you’re off the clock.

A collaboration between Zimmer and James Newton Howard, The Dark Knight is an excellent standalone audio experience. Another DC brooding score, this collection will serve as a motivating soundtrack to your day. The sound is speckled with electric instruments such as the electric cello adding a heavy metal ambiance to multiple tracks.

As if fans didn’t need another reason to love The Dark Knight, the score adds its name to the list. Despite its excellence, the score did not earn an Oscar nomination (neither did Batman Begins). If you have a to-do list a mile long, this score is what you need rolling through your headphones. While you may not be a masked vigilante chasing a clown through Gotham, the sounds of The Dark Knight will power you through your day.

One of the greatest non-Disney animated films of all time, Spirit: Stallion of the Cimarron yielded one of the best soundtracks of the early 2000s. While the album is not entirely a score, featuring epic ballads by Bryan Adams, this collection of music is the perfect embodiment of the animated tale in auditory form.

With a variety of instrumentals in addition to the verses by Adams, the songs on this soundtrack provide a pleasing blend of sounds to get you through the shift. Whether it’s a desk job or a cross-country driving position, you’ll be transported to the West before it was “won” side-by-side with the spirited titular character.

For the jazz enthusiast or the big-city dreamer, La La Land‘s Oscar-winning score will provide an upbeat background to your shift. Composed by Justin Hurwitz, this set of tracks features jazz compositions in addition to a symphonic sound. The soft nature of the main themes elevates into rich full-sounding orchestral ballads. La La Land flourishes on the ideas of ambitions and creativity with a score to match.

Reserved for a light-hearted, sunny day, zoning out to the varying tunes of this score will provide you with a focused boost of serotonin. The sound of Hurwitz’s compositions will transform your workspace into an L.A. jazz club, classic movie theater, or the famed L.A. Griffith Observatory.

Yes, we’re still sobbing from “Rue’s Farewell,” but this score still gets us through the day despite being highly underrated. Another well-crafted installment from James Newton Howard, the music of The Hunger Games is full of raw vulnerability (“Healing Katniss”) as well as intensity and purpose (“Horn of Plenty”). Newton Howard manages to capture the rustic, blue-collar essence of District 12 through its slow string instrumentals.

Perhaps symbolic of going back to the office or in for a holiday retail shift, work can feel like The Hunger Games. Pieces like “Reaping Day” or “Learning the Skills” feel very much like getting through a tough day. This score serves as the perfect backdrop to your workday (if you aren’t forced into a dystopian death game).

The deep brooding tones of the string orchestra paired with foreboding drums provide a fitting ambiance for a rainy day on the job. While we hope your work day is not symbolic of Arthur Fleck’s (Joaquin Phoenix), the score is subtle enough to drown out the background but not distracting enough to pull you away from your focus. A quick 36-minute stream, Joker is a fitting soundscape to get you through the last bit of your day.

With eight films worth of music to go through, streaming Harry Potter throughout your workday or workweek is sure to bring a magical energy to your daily grind. Composed by legend John Williams, the wizarding world of J.K. Rowling’s seven-book series is brought to life onscreen through his musical craftsmanship.

The recognizable main themes have allowed the franchise to establish itself as one of the most iconic musical scores in cinematic history. For an adventurous focus when you’re stuck at the desk, these compositions will walk you through the grounds of Hogwarts as you power through your tasks.

Purposeful and building, the compositions behind Barry Jenkins’ Moonlight will transcend your focus allowing you to forget you’re even streaming a film score. Composer Nicholas Britell implements a striking blend of horns and strings to push the intensity and tone of each theme. Britell would earn an Oscar nomination for Best Original Score, but the golden statute went home with Justin Hurwitz and La La Land.

From sorrowful to hopeful, the sound of Moonlight represents new beginnings in the journey of finding yourself. During the 9-to-5, this score will keep your mind engaged with your work or studies, only drawing you out for brief moments before replacing your focus.

Close to two hours in music alone, Avengers: Endgame used music to elevate one of the most iconic moments in movie history (you know the scene). That track you’re looking for is “Portals” and is brilliantly composed by Alan Silvestri. Did you complete that final report or are you preparing for the big sales pitch? Assemble your Avengers and put this score on to solidify your productivity.

With beautiful, hopeful orchestral sound throughout (as all Marvel movies include), Avengers: Endgame is something a little different given the cultural and cinematic gravity the film held. No matter which MCU character you favor, villain or hero, this score will have you snapping your fingers to end a productive workday.

It doesn’t get more iconic than Star Wars. John Williams, among his many highly revered works, created a musical phenomenon when he brought this franchise to life. Scoring all nine episodes, he created a seamless blend between the original three, prequels, and new installments. His work established the foundation for spin-off films and prequel TV series.

No matter which set of episodes you love (or all nine), the music behind a galaxy far, far away will transport you there as you punch the clock. Whether you’re going for an epic start to your day or need a pep-up before an important presentation, Star Wars is never a bad choice to block out the work world around you.