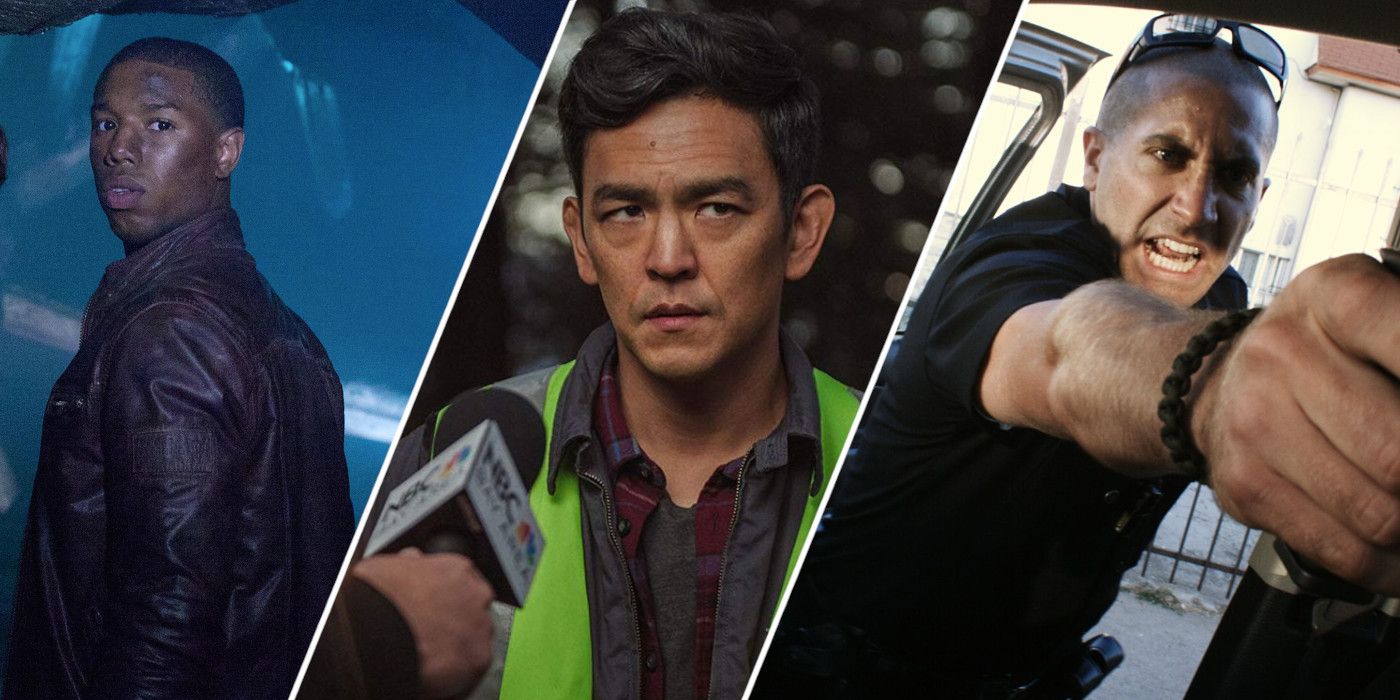 While it has slowed down in recent years, found footage was once a dominant sub-genre in cinema. Though it was used sparingly throughout the medium in earlier decades, it was not until 1999’s The Blair Witch Project that the filmmaking technique found popularity. Realizing the unique brand of terror the format provided for horror movies, many independent filmmakers used it as a way to create low-budget films with in-your-face scares.

Though found footage is mostly associated with the horror genre, movies in most genres have dabbled with the technique. The concept of viewing a movie in the first person has found its way into action movies, sci-fi epics, and even smaller-scale character studies. While a lot of people came to see found footage as a fading gimmick, when used correctly it can craft unforgettable experiences told from an up close and personal perspective.

Presented as a fake documentary, Punishment Park is set in an alternate 1970 where prisons are at full capacity during the height of the Vietnam War. A new punishment is devised for anti-war protestors, who are forced to spend three days running in the desert as authorities attempt to hunt them down and murder them.

Punishment Park was seemingly ahead of its time, a film so rooted in conveying messages of the unjust brutality of the police force that it would be even more topical if it were released today. As a camera crew follows the accused, their hopeless plight resonates with viewers as the full extent of police brutality is shown.

A new-age take on the found footage genre, Searching is told through the perspective of webcams and phone cameras. When David (John Cho) realizes his teenage daughter Margot is missing, he searches her laptop for answers. What follows is a frantic journey down the rabbit hole as David learns new secrets about his daughter.

While the concept of a movie told entirely through modern technology runs the risk of being gimmicky, Searching avoids this pitfall by telling a gripping story that immediately gets the viewer invested. Cho is terrific in the lead role, and he carries the movie on his shoulders as he refuses to give up on his daughter in this great techo-thriller.

Released four years after the Columbine high school massacre, Zero Day is a fictionalized take on the tragedy. When students Andre and Cal decide to commit a similar crime at their high school, they film themselves in the preceding days as they go about planning the shooting, hoping to achieve fame after their deaths.

The most haunting aspect of Zero Day is that feels real, that these perpetrators and the crime they commit could have been ripped from the headlines today. Despite being almost twenty years old, its plot is still sadly relevant in modern society, as its confronting tale has lost none of the impact that made it controversial at release.

If you thought your teenage parties playing Halo co-op were crazy, wait until you see what the guys in Project X get up to. When three teenagers decide to throw a high school party that will make them popular, things quickly spiral out of control as the party becomes a viral sensation, leading to massive property damage and other crimes.

While it lacks the same laughs and charm of Superbad, Project X is worth a watch for anyone who enjoys that classic comedy. The found footage aspect of the movie is what sets it apart, and it is unique to see the technique used in a comedy. It creates a film that feels like it is a party gone wrong someone recorded on their phone and uploaded online.

While Trollhunter is often thrown into the horror genre, it belongs more in the realm of fantasy, as the core of the movie is about documenting the mythical creature rather than being terrorized by it. When three students in Norway decide to make a documentary about strange bear slayings in the wild, they discover the culprit is a massive troll.

Though the found footage genre is dominated by movies about teens getting lost in the woods, Trollhunter sets itself apart thanks to its fantasy focus and snowy Norwegian backdrop. The movie succeeds by leaning into its ridiculous premise, not taking itself seriously as its characters learn about this fantastical world that exists beside our own.

Fed up with being bullied, teenagers Matt and Owen decide to make a movie that features them killing their tormentors in the name of revenge. When the film’s screening results in even more humiliation, plans to make the movie a reality lead to dangerous consequences as Matt readies for an actual school shooting.

Despite its heavy subject, The Dirties will surprisingly make you laugh, as the petty arguments between the two leads feel believable. That is probably the biggest compliment one can give The Dirties, that it feels real, as Matt and Owen feel like two kids we either knew in high school or who we were ourselves.

The Dirties is available to stream on Amazon Prime Video.

A unique take on the superhero genre told through found footage, Chronicle is a grounded portrayal of the classic superhero origin story. When three teenagers discover a strange hole during a party, the crystalline object within gifts them telekinetic powers. Initially using them for fun and to prank others, their power fantasy soon turns deadly.

Released just before superheroes exploded at the box office, Chronicle uses the genre to tell a story that is more focused on disenfranchised youth. Stars Dane DeHaan, Alex Russell, and Michael B. Jordan all deliver great performances as ordinary teens placed in a situation they are far from equipped for.

Chronicle is available to stream on Hulu.

When an amateur film crew decides to follow Ben, a charming serial killer, they are ripped into his world of darkness. As the filmmakers document each of his heinous acts on his innocent victims, they find themselves becoming implicit in his crimes, eventually becoming his accomplices in one of the 90s best mockumentaries.

Man Bites Dog was controversial at release due to its graphic nature, and it still remains a confronting watch today despite its black-and-white presentation. What makes the film work is the central performance from Benoit Poolverde, whose portrayal of psychopath Ben is as captivating as he is terrifying, reciting poetry as he commits murder.

Man Bites Dog is available to stream on HBO Max.

Told through body cam and patrol car footage, End of Watch follows police officers Taylor (Jake Gyllenhaal) and Zavala (Michael Peña). As the film explores the close relationship between the two officers, they suddenly find themselves in danger after a gang leader puts a hit out on them.

End of Watch puts viewers in the shoes of the LAPD, showing both the mundane and dangerous sides of working for the law. As the stakes get higher, the in-your-face nature of the movie gets tenser as Taylor and Zavala find themselves getting closer and closer to a forced “early retirement.”

While District 9 is only partially found footage, it is still one of the best movies associated with the genre. Set in Johannesburg, which has been overrun by alien refugees, the movie begins with a camera crew following Wikus (Sharlto Copley, in one of his best performances), a government employee sent into the alien’s refugee camp to relocate it.

As the action in the movie escalates it shifts into a more traditional film style, but these early moments of Wikus and the film crew in the camp are some of the best parts of District 9. The documentary style goes a long way to selling the poor living conditions of the aliens in the dirty slums they are forced to reside in and helps to make their plight so much more sympathetic.

District 9 is available to stream on HBO Max.