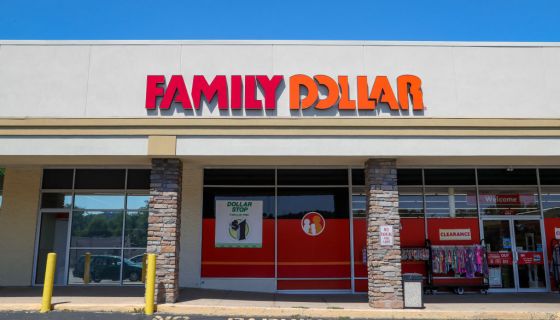 Another Black family and community are mourning and outraged thanks to a trigger-happy cop.

What started as a typical day at a Family Dollar in Gulfport, Mississippi ended with bullets, bloodshed, and a Black teen fighting for his life. 4WWL reports a police shooting on the afternoon of Oct. 6 left a teen hospitalized and on life support. The 15-year-old boy was airlifted to a hospital in Mobile.

“He is no longer with us,” Katrina Mateen said about her son Jaheim McMillan who is brain dead and only breathing with the help of a ventiliator.

Gulfport Police Chief Adam Cooper said his officers arrived at the store to respond to a call about “a vehicle occupied by multiple subjects brandishing firearms at motorists.” There is no explanation for what prompted the shooting except that they attempted to run away, and one of the suspects was armed. Instead of protecting the public from a reported threat of gun violence, Gulfport officers became the threat by shooting at a store in the middle of the day.

“One of our officers engaged with an armed individual, shots were fired, the suspect was taken to the hospital with a gunshot wound,” Cooper vaguely said in a statement released Thursday.

“One suspect was transported to a local area hospital suffering from a single gunshot wound. Another suspect was apprehended after a short foot pursuit,” he continued.

According to Newsweek, a bystander who claimed to witness the shooting posted a video of the aftermath on Facebook with the caption: “A killing in Gulfport by the protect and kill this young man obeyed the stop and get your hands up then the policeman cut him down I was 10 yards away.”

The clip is graphic and zooms in on the teen’s lifeless body before paramedics rushed him to the hospital. The bystander said during the recording that the teen was surrendering when an officer shot him.

“The police just shot a little dude here near Family Dollar. He ran from that car, from there, where they were, he ran this way. He ran and when he put his hands up like that here, that’s when he cut him down, bang, bang, bang,” the witness narrated.

The Mississippi Bureau of Investigation and Biloxi Police Department Crime Scene Unit are investigating the incident. The cop who pulled the trigger is on “non-enforcement duties.”

McMillan’s loved ones and community staged a protest at Family Dollar to demand justice and answers. The grieving crowd carried “Justice for Jaheim” signs. One of the protestors said the officer “shot to kill.” Despite the severity of his injuries, Mateen told 4WWL that she plans to keep her son on life support. She still clings to hope to do what that officer did not: give Jaheim a chance to survive.

“He’s going to be on the ventillator. I’m not going to take him off. I feel like he’s got a chance and I’m not going to pull the plug on him. He can come back maybe. If he can, I’m going to give him a chance,” Mateen said.

The heartbroken mother said she’s had no contact with Gulfport PD except for handcuffing her at the crime scene. A mother of one of the five suspects arrested said, “the children have been charged with aggravated assault and have a $500,000 bond.