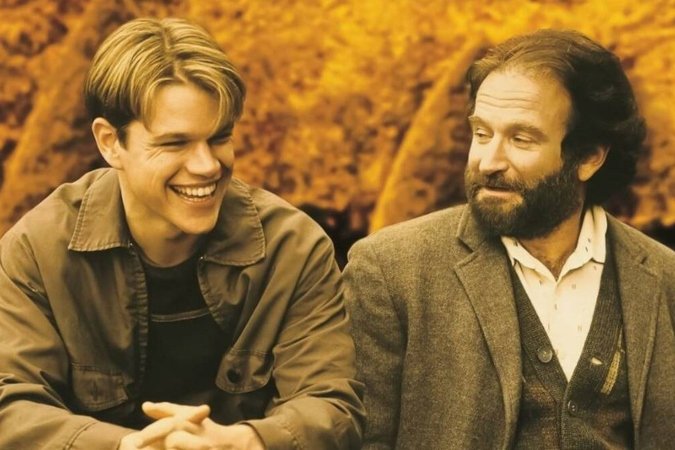 Are you mourning the absence of sweater weather? Is it still sweltering where you live when you’d rather it be chilly enough to cozy up by the fire? If you’re living in a hot climate that doesn’t really experience true autumn like you see in the movies — complete with leaves that change colors and pleasantly chilly mornings — then you may need to take matters into your own hands. I’m talking about pretending it’s fall — finding an autumn of the mind. Lighting a harvest-scented candle and buying a pumpkin from the grocery store. I’m talking about heating up store-bought apple cider on the stove and turning on the air conditioning so you can make-believe it’s cold enough to need a blanket while you go full goblin mode on the couch. If this all sounds good to you, then, of course, you’ll need to watch some movies in order to complete the process of getting into the spirit of the season. From When Harry Met Sally… to Practical Magic, here are 18 fall movies that will transport your mind to a place where the leaves actually crunch under your feet when you walk down the street.

This 1989 teen drama stars Robin Williams as a poetry-loving English teacher at a strict all-boys prep school that suppresses creative thinking. But in addition to wonderful excerpts from Walt Witman and other great poets, it also features dazzling autumn scenery and quite a bit of inspiration for those who enjoy the dark academic aesthetic. This movie is like The Breakfast Club for hardcore academics. Watch this if you have fond memories of back-to-school season — or if you just really miss Robin Williams.

This 2001 sci-fi fantasy stars Jake and Maggie Gyllenhaal, Drew Barrymore, Jenna Malone, Seth Rogen, and Patrick Swayze, and it’s as spooky as it is thought-provoking. It follows Donnie (Jake Gyllenhaal), a teenager who sees a premonition of a guy in a rabbit suit who tells him that the world is going to end in 28 days. But is it all just a figment of his imagination? Only time will tell. Watch this movie if you like subtle Halloween vibes, or if you just want to remember who Jake Gyllenhaal was before he ever met Taylor Swift.

Few cities have a fall as spectacular as Boston, and that’s where this 1997 drama is set. It stars Robin Williams (again) in addition to Matt Damon, Ben Affleck, and Minnie Driver, and follows a secret genius who starts working as a janitor at MIT and nonchalantly solves one of the math world’s most difficult equations. Plus, Good Will Hunting has music from Elliott Smith on the soundtrack — perfect sitting-in-a-coffee-shop-watching-the-rain music, which is another great autumn activity. Watch this if you love those memes of Ben Affleck drinking Dunkin Donuts and you want to hear his Boston accent.

This 1989 rom-dramedy stars Billy Crystal and Meg Ryan as a pair of friends who develop feelings for each other over several years but avoid acting on it because they fear sex will ruin their friendship. This movie is also high on the fall-foliage scale and has great fall fashion inspiration. Watch if you love will-they-won’t-they scenarios.

For something a little more contemporary, here’s a modern movie based on an old story. Passing is adapted from the 1929 novel by Nella Larson. It follows Irene Redfield (Tessa Thompson) and Clare Kendry (Ruth Negga), who is able to walk through the world “passing” as white. Though both are Black women, they live on opposite sides of the color line during the Harlem Renaissance. Nothing says autumn like New York. Watch if you like black and white movies.

A 1990 Fantasy/Romance to end all others, Edward Scissorhands has an absolutely breathtaking soundtrack composed by the one and only Danny Elfman. If you ever want to pretend you’re dancing in the snow even though it’s 90 degrees out, close your eyes and put on Ice Dance. The movie follows the story of Edward (Johnny Depp), a man created by an inventor who died before he could put the finishing touches on his hands, leaving him with only a pair of scissors at the end of his arms. He meets the beautiful Kim (Winona Ryder), but there’s still that whole scissors-for-hands problem. Watch if you’re still reminiscing about when Johnny and Winona dated in the ’90s.