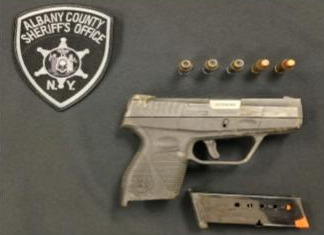 ALBANY, NY (NEWS10) – Albany County Sheriff experiences the arrest of Stephen M. Drake II, 26 of Albany. Drake allegedly fled from police and threw an illegally owned handgun out the window in an incident in October.

On October 22, Sheriff Deputies tried to drag over a automobile, later recognized as Drake, patrolling Albany when the automobile did not comply and led deputies on a short pursuit. Officers say Drake threw a loaded Taurus .40-caliber handgun out the automobile window. Sheriff’s deputies obtained an arrest warrant and on December 29, Drake was taken into custody with out incident.