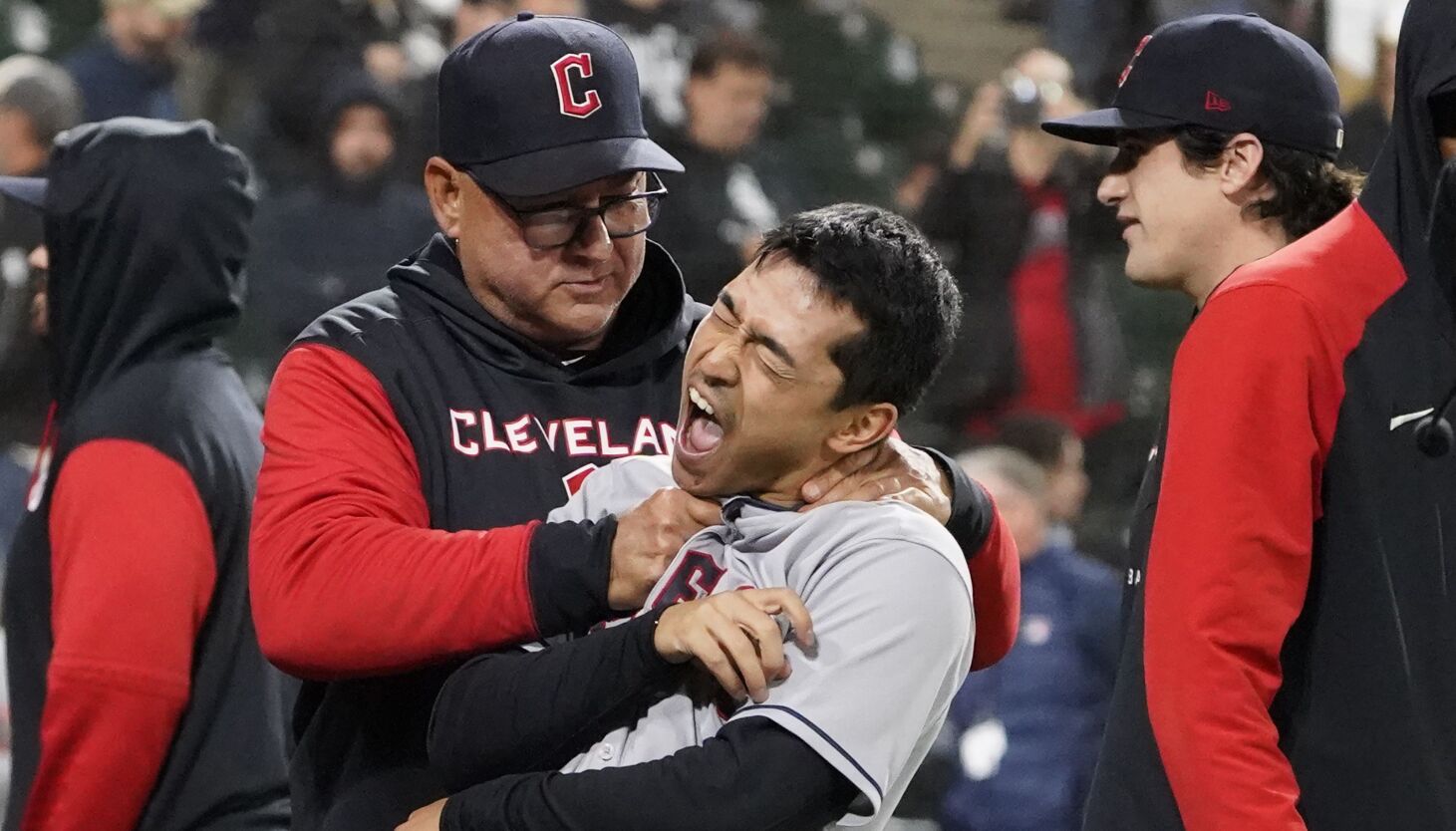 The White Sox desperately needed a sweep this week.

Instead, it was the Cleveland Guardians who showed their superiority and got one.

With a 4-2 loss Thursday at Guaranteed Rate Field, the Sox (76-74) lost for the third night in a row against the American League Central leading Guardians (83-67) to fall seven games out of first place. The Guardians lowered their magic number to clinch to five, leaving the Sox to contemplate one of their most disappointing seasons in memory with 12 games to go.

“We knew what we had to do this series and we weren’t able to do it,” right fielder Gavin Sheets said. “It’s frustrating, it’s disappointing, but it’s not just this series. We had to play better all season.”

The Sox got an RBI single from Eloy Jimenez in the first and Sheets’ 14th homer in the eighth but six zeros in between against Shane Bieber (12-8, 2.81 ERA). The Guardians, swift and aggressive on the bases, used two infield singles and one to the outfield to score a run against Johnny Cueto (7-9, 3.15) in the first, and got two sacrifice flies from Jose Ramirez for his 116th and 117th RBI.

Cueto allowed eight hits and a walk and struck out three. One of the runs was unearned because of his error on a pickoff attempt.

“That is a very young team,” Cueto said. “They run, and they hustle. They play hard. And they put the ball in play. That’s all they do.”

Cueto, who questioned the Sox’ “fire” on Aug. 10, said “that improved” since then.

“What can I say? I’m just going to speak for myself,” Cueto said. “I was giving my best every single time. And I think I did on the field. I left my best there and to me that’s the only thing I can control.”

The Guardians, who won for the 15th time in their last 18 games, won the season series 12-7 with the Sox, which gives them a tiebreaker they all but certainly won’t need.

“Since Aug. 31 [Cairo’s first win], they decide to play, they decide to battle,” Cairo said. “They went and did everything and I’m proud. Just because we lost this series, if you look back from Aug. 31 we won, what [five] series, and they fought. They give everything. We just fell short to a really good team.”

The closer the White Sox get to official elimination from the postseason, the less likely Michael Kopech (shoulder) will return when he’s eligible to come off the IL.

Luis Robert missed his second straight start due to a sore left wrist that has hampered him since a head-first slide into second base on Aug. 12 against the Tigers.

“He’s still a little sore but he wants to play,” Cairo said. “I say, ‘Let’s see how it feels tomorrow and we will figure it out.’ ’’

Sox starters own a 2.65 ERA over the last 21 games and rank among American League leaders since Aug. 31 in ERA (first), opponents average (second), WHIP (third) and strikeouts (fourth).