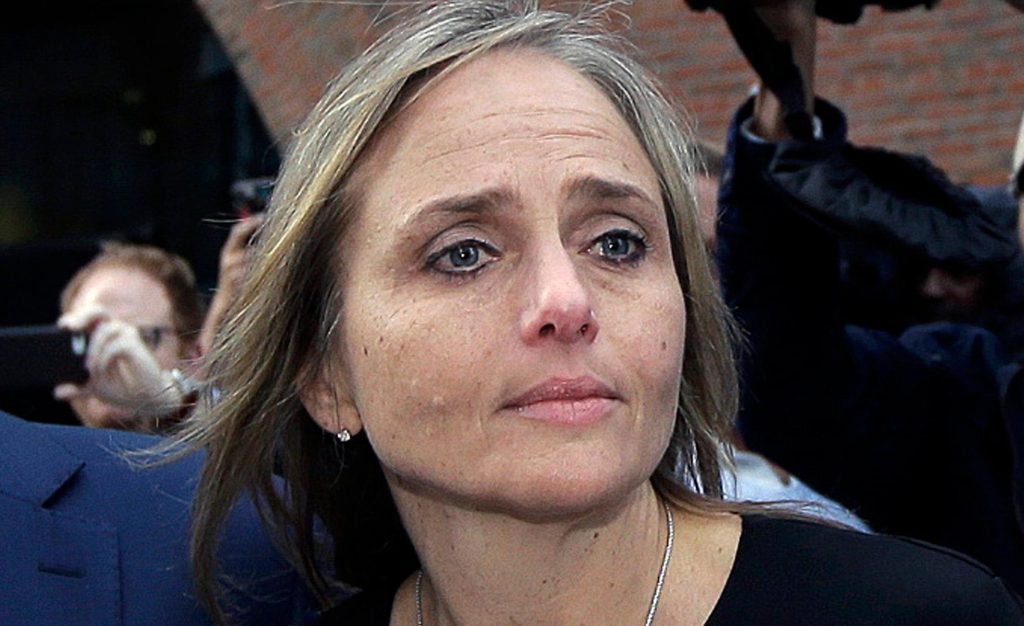 In the halls of justice, the only justice is in the halls.

Just ask woke District Court Judge Shelley Joseph, whose federal indictment on charges of conspiracy and obstruction of justice was broomed Thursday because she’s one of the Beautiful People.

At Newton District Court in 2018, she allowed a twice-deported Dominican illegal career criminal out the back door of the courthouse so that he couldn’t be picked up by an Immigration and Customs Enforcement agent.

Would she have done the same for an American wearing a Make America Great Again hat? Hell no. Which is why I always say, if I ever get jammed up, I ask for no special treatment.

This is totally outrageous, and just the latest indication that in the United States, we now have two systems of justice — one for Americans, and the other for the Beautiful People.

Remember, this was not an overreach by the former U.S. attorney in Boston, Trump appointee Andrew Lelling.

Her limousine-liberal lawyers (who were paid for by you and me, until they weren’t, after which they began working “pro bono”) appealed the indictment to the U.S. First Circuit Court of Appeals which upheld the legal validity of the charges.

There were no legal or factual flaws in the indictment. She, and her hack court officer, obstructed justice, period

And now they’ve gotten away with it.

Being a Democrat, Joseph hasn’t missed a single pay day. (Nor has that Democrat politician in Las Vegas, Clark County Public Administrator Robert Telles, who is charged with stabbing an investigative reporter to death last month — no matter what the crime is, Democrats are never ejected from the public trough, not by other Democrats anyway. Call it professional courtesy.)

Joseph has been on a paid, four-year vacation ever since she cut loose this sinister foreign fiend. According to the state comptroller, her salary is now up to $207,855 a year.

For being woke and doing nothing. For four years.

Her co-conspirator, court officer Wesley MacGregor, “retired” and since 2019 has been grabbing his own monthly kiss in the mail of $4,060 a month. He’s being cut loose too.

She’s from Brookline originally. She was on the Brookline Commission on the Status of Women. She was an elected member of the state Democratic Committee. She gave money to Democrats — 100% — including Deval Patrick, Martha Coakley and Gerry Leone, the Democrat payroll patriot ex-district attorney of Middlesex County who last year made $334,958 in his hack job at UMass working for the hack $658,574-a-year UMass president, ex-Congressman Marty Meehan.

The only thing she’s lacking in the way of Democrat credentials is a cottage in Chilmark or Edgartown.

How hacked up is Shelley Joseph? She was nominated to her part-time state judgeship by Gov. Charlie Baker.

Under the “agreement” with the feds, Judge Joseph will refer herself to the Mass. Commission on Judicial Conduct — wink wink, nudge nudge.

This is a complete joke. The current U.S. attorney is Rachael Rollins, and given that she’s a member of even more protected classes than Joseph, she decided to hand off the case to a different U.S. attorney’s office.

The broom was handled by Zachary Cunha, the U.S. attorney for Rhode Island. Would you care to guess where he used to work?

In the Boston U.S. attorney’s office. He was on the civil, not the criminal side, but he was somehow assigned the task of taking care of this lovely Karen from South Natick.

A guy from Boston brooms the case for the Boston office. A nationwide search, you might say.

If you want to hide something real good, just put it in one of Rachael Rollins’ lawbooks. Or Zachary Cunha’s.

Imagine if a Republican judge had allowed a member of, say, the Proud Boys, or the Oath Keepers, out the back door of the courthouse to prevent a special agent from the corrupt FBI from arresting him. It’d be a bigger story than the satanic governor of Florida, Ron DeSantis.

This miscarriage of justice is merely the latest indication of how weaponized the U.S. Department of Justice has become. In Brandon’s America, if you’re a Democrat, you can get away with anything.

Don’t just take Shelley Joseph’s word for it. Ask, oh, I don’t know, Hunter Biden. Or Hillary Clinton. Or her former lawyer, Michael Sussman, who was found not guilty of lying to FBI.

And the Swamp wonders why half the country doesn’t trust the feds. And why some of us call it the Department of Just-Us.

No surprise here, except for the timing. I thought they’d wait until after the mid-terms. Maybe the Democrats wanted to get this for their fellow Democrat done before Republicans take control of Congress and start holding hearings.

The only question remaining is, what kind of promotion will Maura Healey give Shelley Joseph once she becomes governor in January?

I’m going to bet that Maura puts Shelley Joseph on the SJC. Cutting loose a career-criminal Dominican illegal — that’s service above and beyond the call of duty to the Democrat Party.

And then Gov. Healey can nominate Ricardo Arroyo for the vacancy Joseph will leave on the District Court.