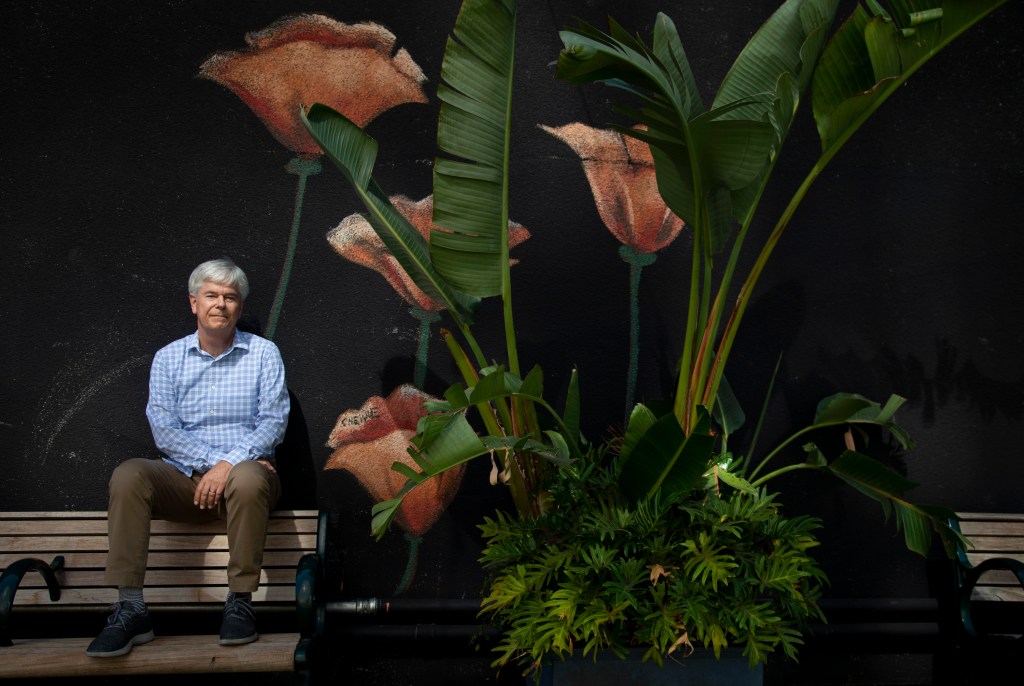 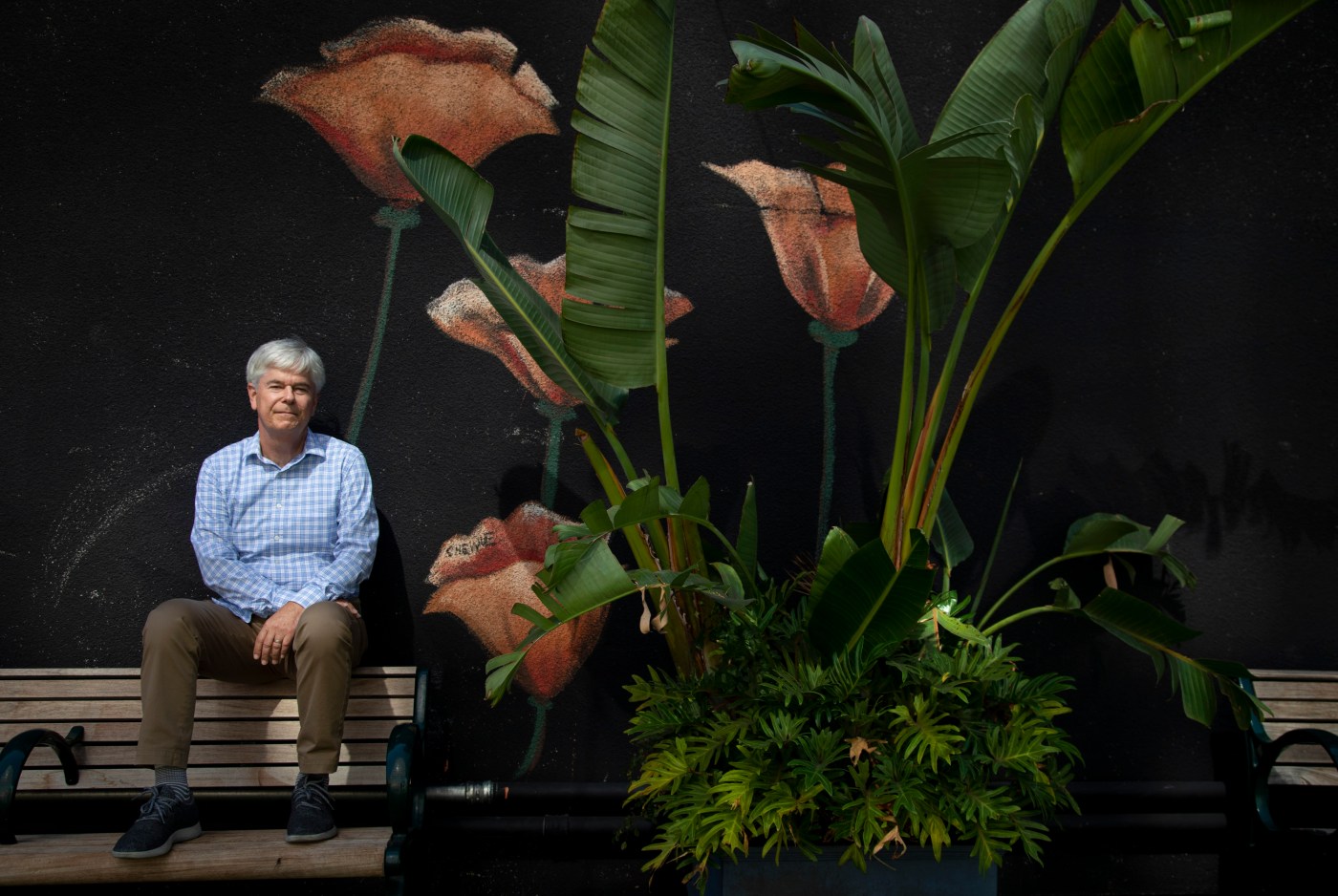 Scott Knies has been involved in San Jose’s business and economic scene for decades, stints that have been marked by multiple firsts. In 1982, Knies became the first executive director of The Fencing Center, opening the sports club’s first two locations in downtown San Jose. Knies then served as the Alum Rock Business Association Manager in 1986-87, and in 1988 he became the first executive director of the San Jose Downtown Association. Knies produced many events to raise downtown San Jose’s profile over the years, including Sharkbyte Art, San Jose America Festival, Music in the Park and Downtown Ice. The last two and a half years of COVID have ravaged city centers around the world, including San Jose’s downtown. But hope is on the horizon with the upcoming launch of Google’s new transit-oriented neighborhood near the Diridon train station. With the downtown at a crossroads of both optimism and uncertainty, this news organization conducted a question and answer exchange with Knies, ahead of his retirement in November after 34 years at the helm of the San Jose Downtown Association.

Q: How badly was downtown San Jose harmed by the pandemic and the business shutdowns?

A: Like other downtowns around the world, it was devastating for San Jose. All of a sudden, there was nobody on the sidewalks. Despite the odds, even during the nadir of the pandemic, we had small businesses open and with the right product and service, they survived.

Q: What has the recovery in the downtown looked like?

A: The pandemic taught us the valuable role residents and students play. At first, the only customers were the residents braving take-out and running errands. Then the schools opened back up. What a boost to have San Jose State and Notre Dame high school students downtown again. The clientele to conventions, business travel, concerts and arts has trickled back.

Q: What about the office workers?

A: You can be here on a Thursday, Friday or Saturday night and the activity has surpassed pre-pandemic levels. But three evenings a week does not sustain a healthy downtown. The summer event season has been super encouraging. However, we need more than episodic events that spike downtown vibrancy. Until we get many more residents living down here and a spike in return to the office by employees, downtown’s mid-week activity will remain soft.

Q: What will it take for a recovery to take place in downtown San Jose?

A: We require all cylinders working together which means students, employees, residents, conventioneers and our arts, entertainment, food and beverage culture all humming at the same time. The other crucial part of the formula is just as fundamental — maintaining the downtown’s cleanliness and safety.

Q: What mistakes were made in dealing with the coronavirus?

A: The Paycheck Protection Program was a godsend, but it wasn’t targeted enough to the smaller businesses. Since that program ended, the direct financial help to small businesses has been a thin gruel. Perhaps the biggest mistake — easy to say in hindsight — was suspending the abatement of homeless encampments.

Q: How important is Google’s Downtown West development to a rebound in downtown San Jose? How much of a difference will it make?

A: The city did not know what to do for the west side of downtown after the vanquishing of redevelopment and the A’s stadium proposal cratered. Google provides a dynamic mixed-use vision that fits with the transportation plans and San Jose’s ethos. It is a reminder of downtown San Jose’s potential. I hope the city will hold the other projects in the area to the same urban design and architectural standards.

A: There will be some short-term pain for long-term gain. We have always supported the promise of BART and, after decades of planning, sales tax votes and design starts and stops, we are on the cusp of launching the project.

Q: Are there lessons from downtown San Jose’s coronavirus experience that could be applied to other California downtowns?

A: There are no secrets. Every downtown in the country is poised to replicate any good idea that works from another community. One lesson is that even in the darkest days of the pandemic, we still cleaned the downtown San Jose sidewalks; promoted those businesses that persevered. The center city is everyone’s neighborhood and as we get deeper into 2022 there are more and more positive experiences to share.

A: There’s much excitement. People are social creatures and downtowns are a natural social environment for working, living, recreating and hanging out. New investors like Scape and Westbank have recently started construction on residential and commercial high-rise projects. I can’t wait for Adobe employees to move into their new North Tower headquarters building and see who leases the stunning Jay Paul tower at 200 Park Ave.  Activities and bookings are increasing at the convention center, hotels, arts venues and SAP Center. BART subway construction will finally get underway in 2024. After the initial pandemic setback, downtown San Jose could finally enjoy its own Roaring ’20s.

His four grandchildren (two more due in November) call him Pobi.

He is a former daily newspaper reporter.

He has a Japanese Bobtail cat named Cabot.

He has rowed the Colorado River through the Grand Canyon 15 times. He plans a 16th noncommercial trip in March 2023.

He is a former Pacific Coast Conference and Western Intercollegiate sabre (fencing) champion.