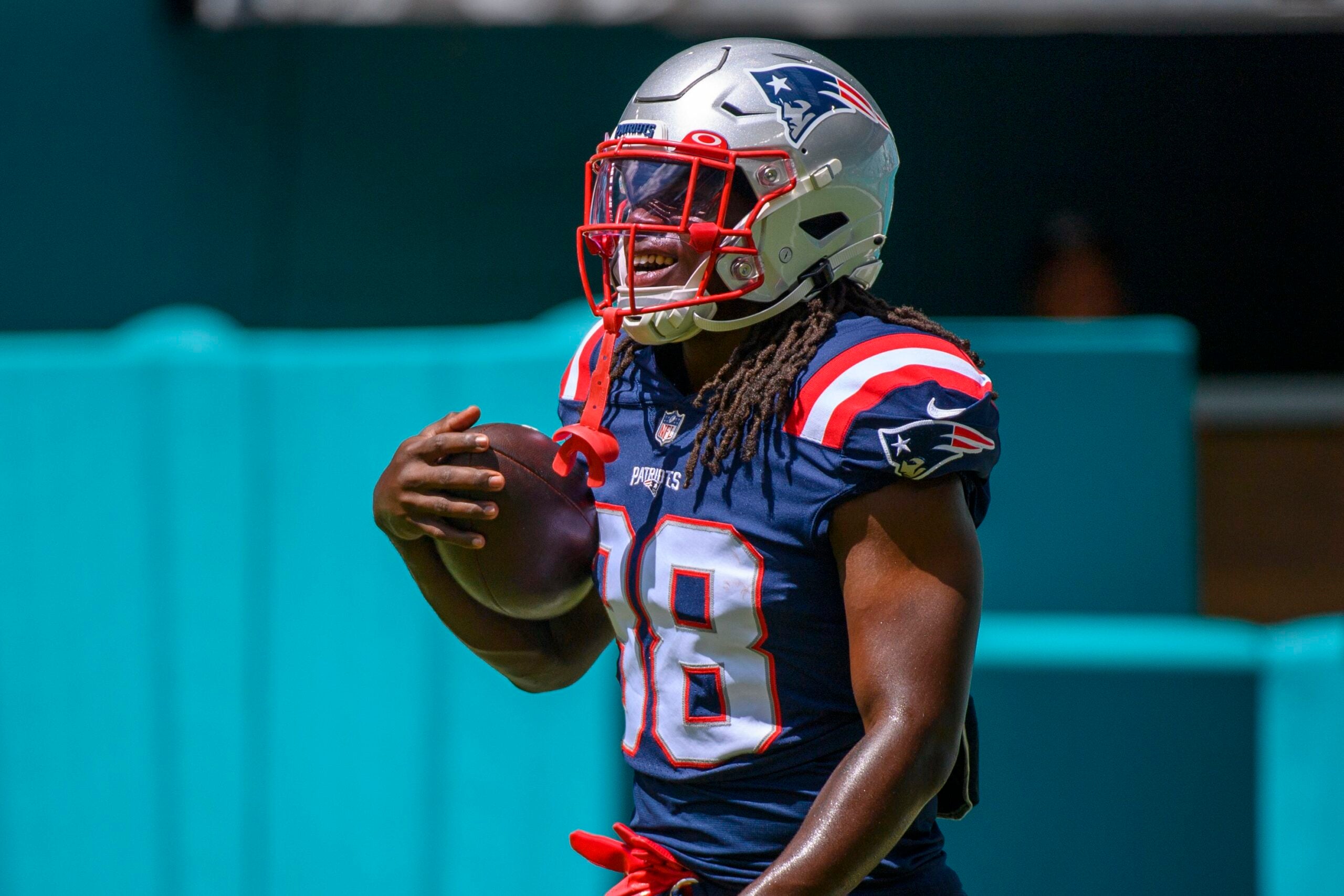 The Patriots are already dealing with having to replace a player at a key role.

Running back Ty Montgomery was placed on injured reserve due to a knee injury on Tuesday, leaving New England without a clear passing down running back. However, it appears the Patriots have someone who is more than willing to step up in Montgomery’s absence.

Second-year back Rhamondre Stevenson told Pro Football Focus’ Doug Kyed that he’s “very confident” he can be the Patriots’ third-down running back with Montgomery out for at least the next four games.

“If they call my number, I’ll be ready,” Stevenson said.

Stevenson’s confidence shouldn’t come as much of a surprise. As a rookie, Stevenson was mostly used as just a pure rusher, running for 606 yards and five touchdowns over 12 games. However, he saw very little action in the passing game, catching just 12 passes as Brandon Bolden’s primary third-down back.

With Bolden leaving for Las Vegas in the offseason, Stevenson saw an opportunity to play more snaps. So, he said he worked to improve his skills as a receiver out of the backfield and as a pass-blocker.

Stevenson told Kyed that he learned some things from now retired running back James White and applied them to his offseason training.

“Last year, I was learning more fundamental things, and he was trying to teach me more of the in-depth things,” Stevenson said. “So now I’m still working on fundamentals, but just the things he was teaching me last year, I’m able to put that on the field and realize what he was talking about last year.”

Stevenson detailed that some of those in-depth things that White taught him mostly focused on pass-blocking.

“Just being aware of what the defense is doing,” Stevenson said. “So, just knowing who’s going to blitz and who can blitz on that play. If the star is topped by the safety, you’ve got to be aware of the star. Just being aware.”

White told Kyed that he’s “making huge strides” in his growth as a passing down running back. He’s also not the only Patriots player, old or new, that expressed confidence in Stevenson’s ability to replace Montgomery.

“When he first got here, just in practice, I saw him catch a seam out of the backfield. And that’s like a James White kind of play, you know what I mean?” Meyers said Wednesday. “But he’ll go out there and give you a dead leg, catch a seam, take one to the crib. He’s a really talented player.”

“The improvement that I’ve seen from the day that he got here until now is unbelievable. One of the best I’ve seen,” Slater said of Stevenson, to the Boston Herald’s Andrew Callahan. “That’s a credit to him and his work ethic and the way he’s applied the coaching that he’s gotten. It’s been fun to watch.”

With Montgomery out, Meyers doesn’t expect much to change with Stevenson replacing him.

“I wouldn’t expect a drop-off,” Meyers said. “I really do have a lot of trust in Rhamondre. All of our backfield, they all are really good players, and they all do a lot of things really well. But especially him, too.”

Stevenson got a little work in the passing game in Week 1, playing six snaps on passing plays, per PFF. He recorded two receptions for two yards and only blocked for one play in the Patriots’ 20-7 loss to the Dolphins.