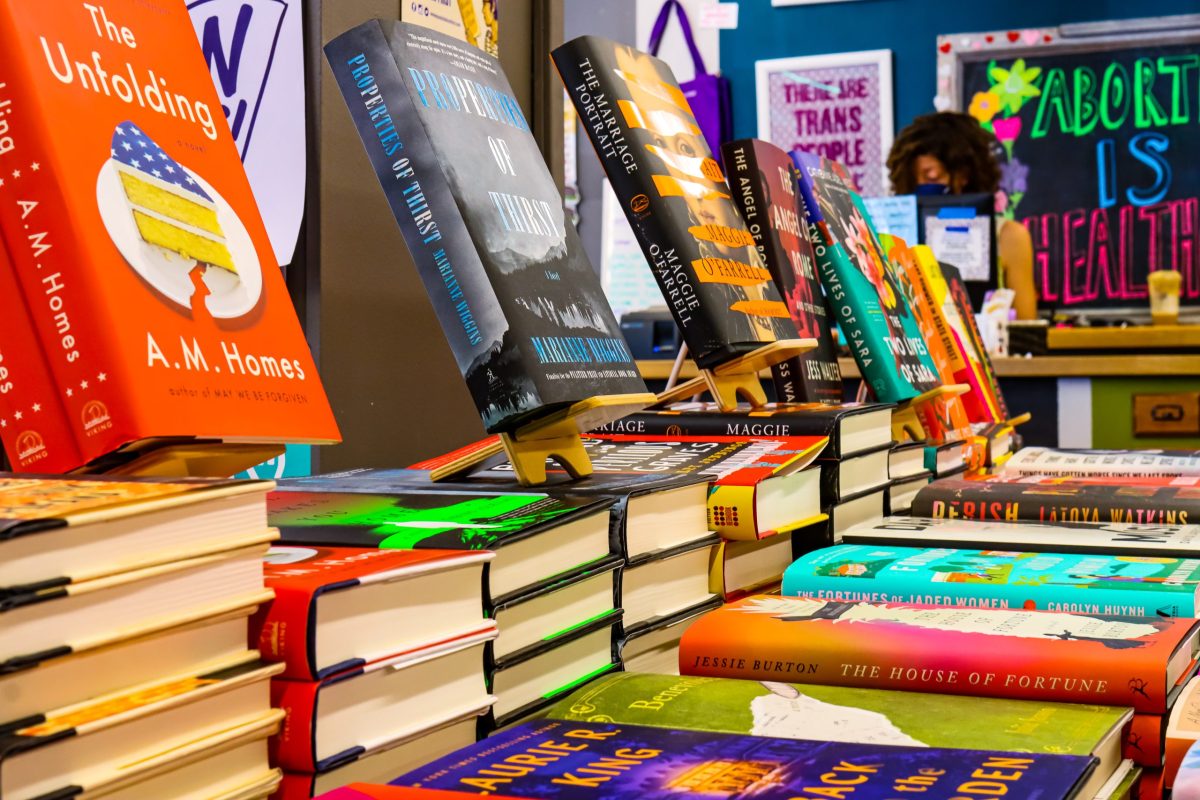 Vicki White remembers a letter she once received from an inmate asking for help.

“She needed glasses, but she had to pay for them herself and she couldn’t afford them,” White said.

The woman was looking for books with large letters so that she could still read, even though the prison she was in did not provide her with the necessary vision aids.

These are the kinds of stories that drive the mission of White and her organization, Chicago Books to Women in Prison.

As the name suggests, the non-profit organization focuses on providing books to incarcerated, transgender and non-binary people across the country.

What began in 2002 as a grassroots effort to bring literature behind bars in Illinois has since expanded to send books to women, transgender and non-binary people in prison in Arizona, California, Florida, Illinois, Indiana, Kentucky, Mississippi and Ohio. as well as all federal prisons. The organization also hand-delivers books to the Cook County Jail.

“I think all of us would prefer not to have this mission,” White said.

White believes that books and literature should be easily accessible to all people in prison. But this is not always the case.

Some prisons have libraries, but many do not. During the COVID-19 pandemic, many prisons have closed their libraries to reduce the number of accessible spaces.

A woman incarcerated at Folsom Women’s Facility, a prison in California, wrote Chicago Books to Women in Prison that the library at her prison was closed during the pandemic and access to books was impossible. Another woman held at a federal prison in Aliceville, Alabama, said she and other inmates were only allowed out of their cells for one hour a day to shower and use phones during the pandemic, and that she needed books to read.

In February 2022, the Illinois Department of Corrections eased some restrictions related to COVID-19 and began allowing inmates to access prison libraries again, according to the department. Even still, with the initial wave of the pandemic moving into many people’s backyards, accessing books behind bars remains a challenge for many. Most prisons require books to be new. No hardcover books are allowed. Many individual titles and genres remain banned.

White and her organization are working to fill that gap.

When someone in prison sends a letter to the organization asking for a specific type of book, a volunteer workforce of about 30 will then collect a selection of three books that relate to the inmate’s interests, package them and send the books to the prison.

“A few months ago, a woman in a California prison was asking for books in Vietnamese, and we called on social media and found some that we could send her,” White said. “And we got a nice thank you note from her last week.”

Some genres or types of books are more popular than others.

The books people are looking for often hold up a mirror to the prison industrial complex.

Between 1993 and 2013, the number of people in state prisons over the age of 55 increased by 400 percent, according to data from the National Institute of Corrections.

“The prison population is aging and we’re getting orders from people of advanced age,” White said, noting the growing number of requests for large print books. “It reflects the typical poor health conditions in prisons.”

Another important need for many in prison is queer literature. A partnership between Chicago Books to Women in Prison and Women and Children First helps fill that niche.

LGBTQ+ people are overrepresented in all phases of the legal and criminal system, and prisons are no exception. According to data from Prison Policy Initiative, a national nonprofit criminal justice institute based in Easthampton, Massachusetts, a third of all women in prison identify as lesbian or bisexual. These statistics do not include transgender and non-binary people in prison.

It’s important to White to make sure that closeted women, trans, and non-binary people know that queer books are available to them.

Lynn Mooney has co-owned Women and Children First, with business partner Sarah Hollenbeck, since 2014, but the partnership between the bookstore and White’s organization goes back “years and years,” Mooney said proudly.

“They decided to center incarcerated people and what they wanted and needed and asked for, and then they put the job on all of us to get to those books,” she said. “And I just think it’s so smart and so right.”

Not only the bookstore itself helps. Customers can purchase gift cards to donate to the organization or purchase new books from the organization’s ongoing wish list. The list is varied in nature and includes popular titles like The Body Keeps Score: Brain, Mind, and Body in Trauma Treatment Bessel van der Kolk, as well as crochet and calligraphy books, Mooney said.

The numbers show the level of community support.

In 2020, during the height of the COVID-19 pandemic, the nonprofit sent 1,964 orders of books and notebooks to women and trans people in prisons across the country. Another 1,600 sets of composition books, crayon packs and binders went to women and trans inmates at the Logan Correctional Center in Illinois. The organization also delivered three individual orders of 600 books and 700 composition books to the women’s division of the Cook County Jail.

These days, White estimates the organization fills about 80 orders each weekend.

Sending and receiving mail in the corrections system in any state is a slow and complicated process. Sending books to prisons often creates additional complications. On average, an order is received, filled and returned within about three months, White said.

But the rejection of books and mail in prisons is a common issue.

It’s easy to feel powerless when so much of the system works to keep people out, Mooney notes. Working in this job helps her and her clients feel like they are making a difference.

“It’s not my destiny to, you know, solve the problem of the prison industrial complex,” Mooney said. “But many of us working around the edges can make a real difference.”