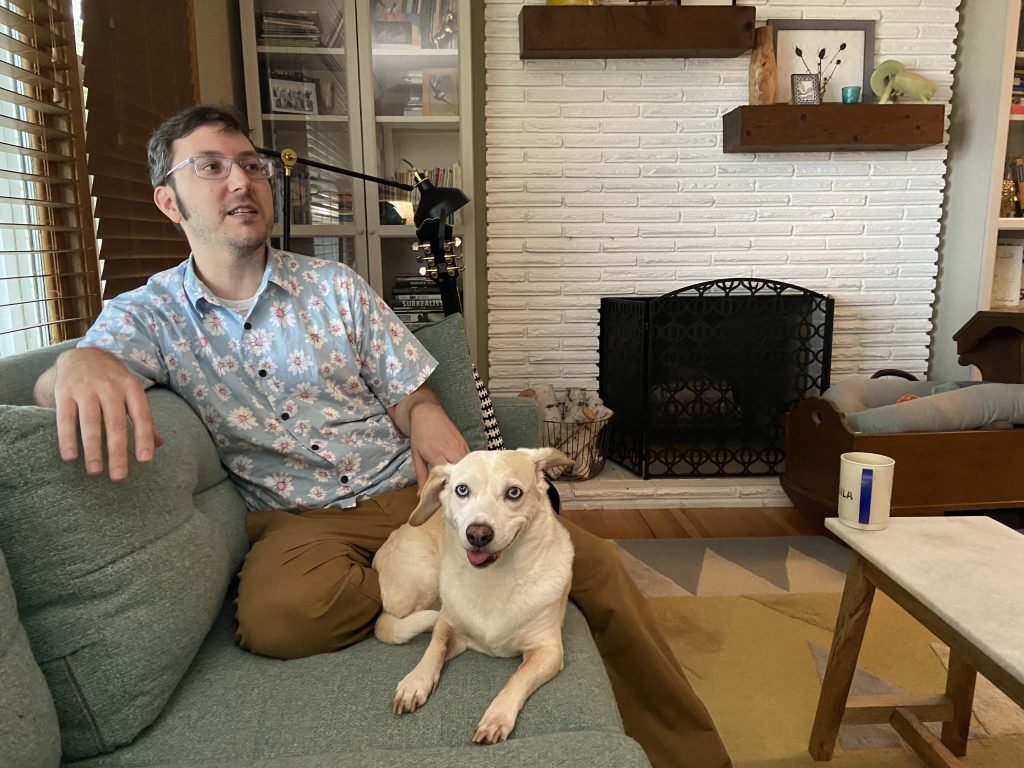 In three thousand six hundred and fifty-two songs, Zachary Scott Johnson is faced with a dilemma.

On his YouTube channel called thesongadayproject, Johnson records a song from scratch every day. Sometimes a cover, sometimes an original, but never a duplicate if he can avoid it — and he does every instrument and vocal part himself. Combined, his videos have garnered more than 42 million views.

On September 6, 2022, the project reached 10 consecutive years of daily music. So which song should mark this milestone?

For video 3653, he made an exception to his rule and revisited Scottish musician Donovan’s “Catch the Wind”: the same song was video 1 in 2012.

“I like the idea of ​​doing it every day as long as I live,” he said on a recent afternoon. “There are people who really think it’s crazy, but the same people would tell you that spending 10 years is crazy.”

He doesn’t like going through his old videos — he said the experience can feel “pathetic” — but as the 10-year anniversary approaches, he’s found his archive of several thousand videos to be an interesting way to graph time.

“I’ve moved maybe four or five times since I started,” he said. “I was married when I started, but now we have a baby. We have had different animals. Different life experiences happened in that period of time and to look back at all of those things and see every single day represented is something special because there aren’t many instances where that would be the case.”

Regular viewers of his channel these days are likely to find Johnson at his St. Paul home, which is bright and yet intentionally decorated and creatively chaotic. A booklet titled “Music Belongs to Everyone” rests on top of his months-old baby’s Social Security card, which recently arrived in the mail. Sheet music is piled on an olive-green gramophone, the color of which reflects a tall plant near the fireplace. Of all the dozen and a half instruments he plays, only the piano and the acoustic guitar are in the living room.

From our archives (2011): The St. Paul musician is wrapping up the year creating a new song every day.

When he’s recording YouTube videos — alone most days — he just lets the camera roll and doesn’t spend too much time mulling over his instruments or fussing over rehearsals. His covers tend to have a more folky, stripped-down vibe, and he leans on that quirky, offbeat charm when collaborating with other musicians in his videos.

“Sometimes that spontaneity is what the song needs,” he said. “The times when someone wants to rehearse a song – after we’re done, it’s like we should have recorded it. That would be it, and now we have to do it again. So it feels a bit reproduced.”

In all aspects of his musical practice, Johnson seems to go out of his way to avoid feeling contrived or duplicitous. For his live shows, not only does he change the songs he plays during each show, he said, but he doesn’t even do a pre-planned set list.

“Whatever you feel right now, I do,” he said. “So it’s not like, ‘Oh, I’ve seen it once before, so I get it.’ Every show is different. I don’t want to be someone who repeats the same thing over and over and over.

He also takes the opportunity during live concerts to go into storytelling mode and share stories about the more than 250 music icons he’s collaborated with, thanks to his YouTube channel. Musician Donovan drove Johnson to his home in Ireland, where they spent nine days together. He has recorded videos with Roseanne Cash, Creed Bratton and Noel Paul Stookey and Peter Yarrow of the folk group Peter, Paul and Mary, among others. One senior associate, who he declined to name, did not recall Johnson’s name but immediately recognized him as “the song-a-day guy.”

Johnson has plenty of other stories he saves for live shows, too: When he and his wife bought their current home in St. Paul, they appeared at episode of HGTV’s House Hunters, and Johnson wrote and performed an original song on the show. At a gala honoring Tony Bennett, Johnson was able to chat with the legendary singer. From the hospital, just before his wife Megan gave birth to their daughter, the couple recorded a duet of the day’s song, “You Say” by Dorie Freeman.

At the beginning of the Song A Day project, a part of him suspected that he might eventually abandon it, as people often do with well-intentioned magazines or blogs. But he didn’t. His project passed 1,000 songs, then 2,000, then 3,000. He compared the experience to running a marathon — “not that I’ve ever run one,” he added, laughing. “I did a duathlon once and it’s the hardest thing I’ve ever done in my life. I won’t do it again!”

Johnson said that when he prepares to cover a song, he often connects more deeply with the lyrics than with the music. He is likely to do a more faithful adaptation of a song whose lyrics are personally emotional – and, conversely, a song with less strong meaning is one in which he feels more room to play with instruments and musical styles. And ironically, the covers he dreads the most often get more feedback and attention than the ones he uploads with confidence, he said.

“I can’t find that balance, but that’s one of the great things,” he said. “By the time you’re done with it, you have to do one again the next day. You don’t really dwell on any of them.

This is especially true since his daughter was born this summer. The YouTube channel is still a part of Johnson’s daily life, but now that he’s playing the piano in his living room, viewers may notice the vintage wooden baby swing in the background.

“I have the brain of a new father,” he said. “I live in every moment.”