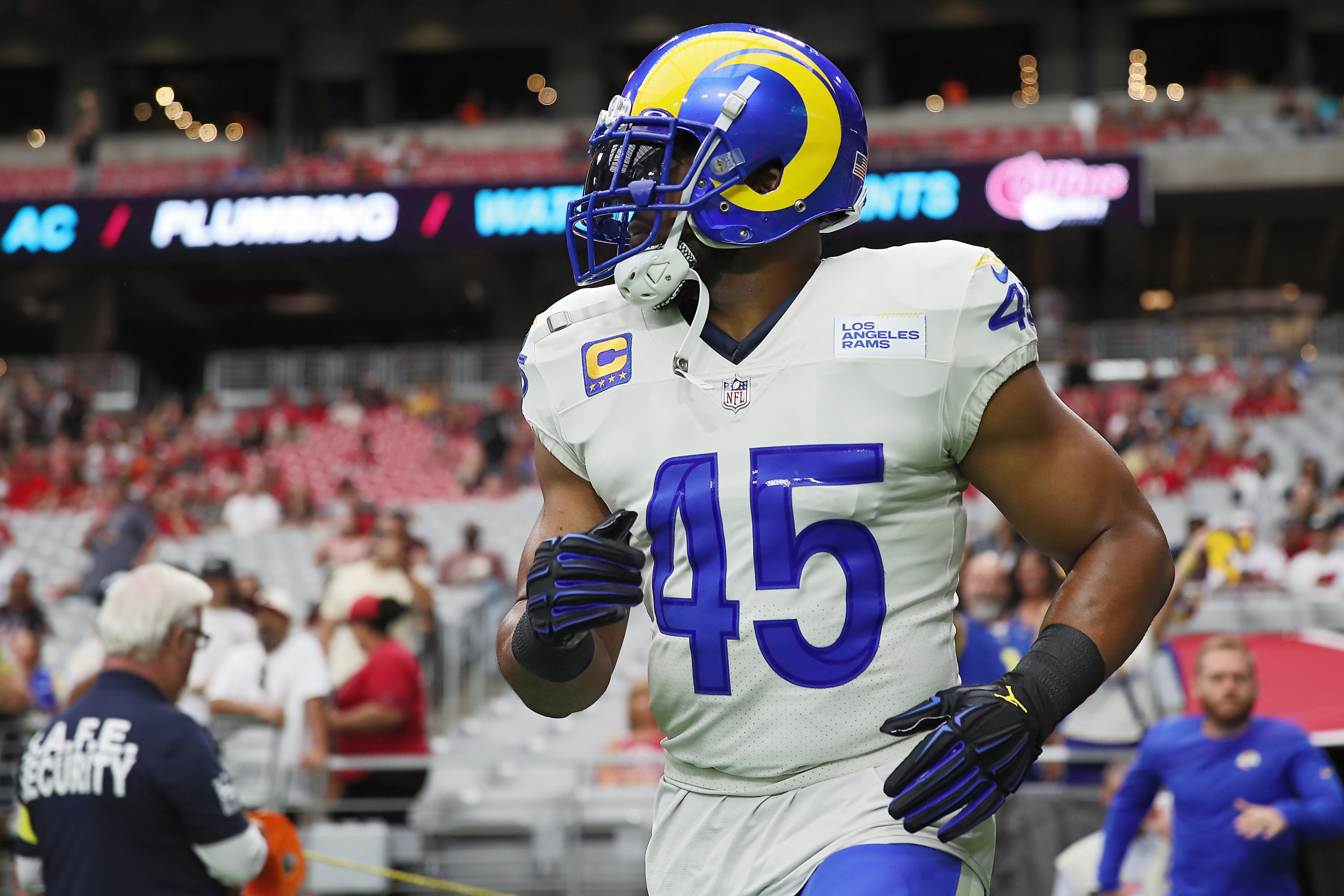 With about 41 seconds left in the first half of the tilt between the Super Bowl champion Rams and 49ers, a fan holding a pink smoke stick ran onto the field, prompting a halt to the game. The fan had evaded security until running closer to the Rams sideline, when Wagner stepped in and tackled the protester to the ground.

In a video posted on Twitter by sports journalist Cameron Salerno, the fan, wearing a pink shirt and blue shorts, is seen being chased by a security guard in a yellow top down the 30-yard line toward the Rams sideline. Rams outside linebacker Takkarist McKinley seems to make a move toward the fan as well, who remains out of reach from security until Wagner makes contact. The security guard is seen jumping on top of the fan once he is brought to the ground. There was no information on charges filed

At the time, the 49ers were leading 14-6 in the rematch of last season’s NFC Championship.

Another angle of the tackle posted by Sports Illustrated shows brothers and retired football star quarterbacks Eli and Peyton Manning commenting, where former MVP Peyton Manning refers to Wagner as a “veteran.”

“Get him down, get out, and now let these guys take over,” Manning added in the video.

NFL journalist Mina Kimes also reposted the video, commenting, “If this was a gender reveal, Bobby Wagner is now the child’s father. Sorry I don’t make the rules.”

Animal-activist group Direct Action Everywhere has claimed that the fan was acting in protest to highlight the trial of two factory farm whistleblowers that began on Monday. In a press release, the group said the protester tackled by Wagner and another protester who helped plan the move had said “they just want to stand up for their friends.”

Three weeks ago, two other activists tied to Direct Action Everywhere were arrested, accused in a game interruption at SoFi Stadium as the Rams faced the Buffalo Bills, reported USA Today.

“If the masses are not allowed to see the trial, we will bring the issue to the masses,” read a tweet from the group.

Some Twitter users were critical of Wagner’s move to tackle the activist, including sports podcaster Bart Winkler, who posted that he was “wildly against” a player “decking people that run on to their field.”

“Okay, don’t do it but also the penalty should not be getting drilled by someone who is far superior to you physically in every way and could also murder you with the wrong angle,” Winkler added.

Direct Action Everywhere tweeted a photo of the activists who disrupted the game Monday night, saying both had been released from police custody. According to the tweet, the protester who was tackled by Wagner has a burn on his arm, but both were “in good spirits.”

Wagner, a six-time Pro Bowler, is in his first season with the Rams and led the team at halftime with five total tackles Monday night.

The 49ers went on to defeat the Rams, 24-9. Both teams are 2-2 on the season and San Francisco has beaten their divisional rival in seven consecutive regular season games.

Newsweek has reached out to the Rams organization for comment.