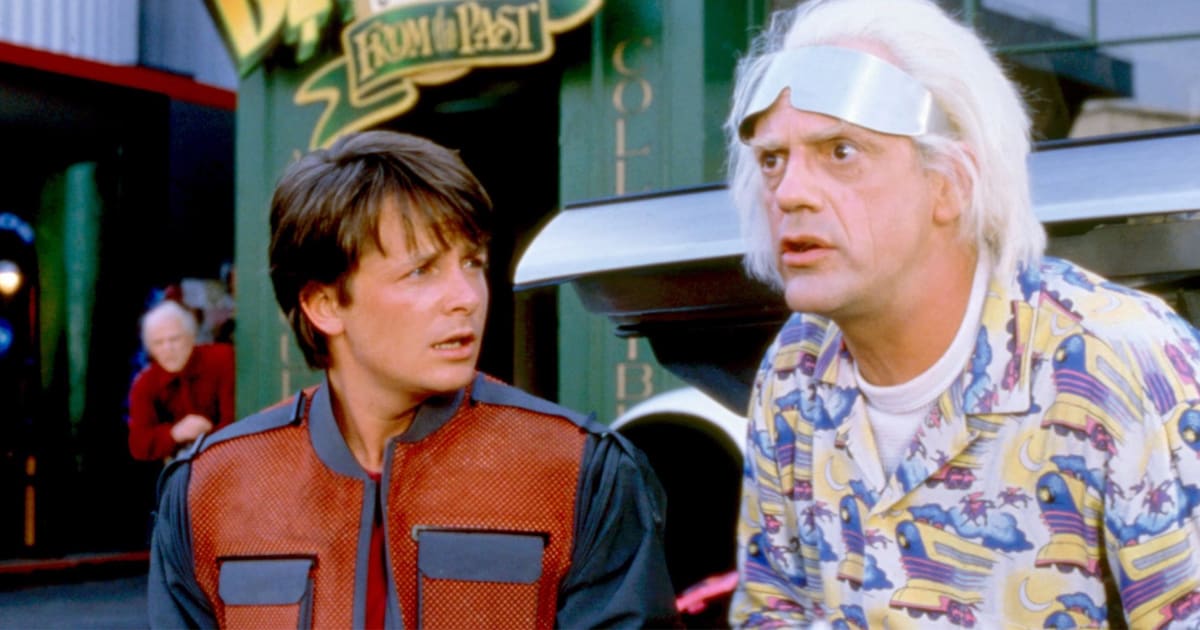 Kirk and Spock, Riggs and Murtagh, Butch and Sundance, Thelma and Louise – those are all great big-screen movie duos, but do any of them beat Doc and Marty from Back to the Future? Michael J. Fox and his co-star Christopher Lloyd had impeccable chemistry and the pair still had that affectionate dynamic when reunited at New York Comic Con this weekend. Check it out:

According to SyFy Wire, the Back to the Future reunion panel kicked off with Lloyd reminiscing that the movie infamously shot for six weeks with Eric Stoltz playing Marty McFly. Eventually, director Robert Zemeckis (subject of a recent WTF Happened to this Celebrity episode) and producer Steven Spielberg opted to have him replaced, and Lloyd remembered his reaction, which wasn’t exactly positive:

“I felt that I barely made it through the [first] six weeks, and now I was gonna have to do it again?!”

Soon, however, Lloyd realized the two had fantastic chemistry telling the audience, “the chemistry was there from the first scene we had, it was alive, and it remained that way for three movies,” with him adding that “it hasn’t gone away, by the way.”

The two, who genuinely seem to adore each other, had surprisingly high praise for the musical stage version of Back to the Future that’s currently playing in London and is bound for a Broadway run in 2023. Lloyd called it “fantastic” and admitted that they couldn’t have done a better job. Fox said that he liked it so much he’s planning on seeing it again when it hits New York next year.

Despite being in his eighties, Lloyd has been having a nice comeback recently, memorably turning into perhaps the oldest action hero of all time as Bob Odenkirk’s father in Nobody. Hopefully, he’ll return for the planned sequel, which Odenkirk recently said he was bent on making happen. Meanwhile Michael J. Fox remains retired due to the effects of Parkinson’s, but continues to make public appearances, to the delight of fans everywhere.

As far as movie duos go, how highly do you rank Doc & Marty? Let us know in the comments!