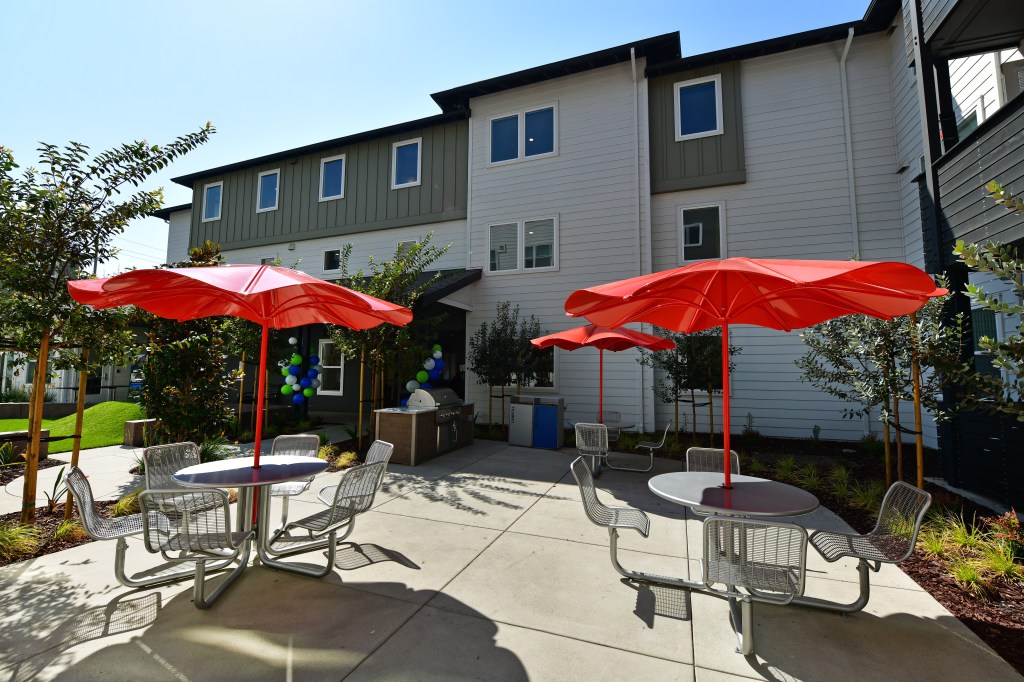 Bay Area cities are running out of time to devise plans for enough new homes to ease the region’s deepening housing crisis – and so far, state officials are sending most of their plans back to the drawing board.

Under state law, local jurisdictions have until Jan. 31 of next year to finalize their so-called housing elements – detailed roadmaps to meet their dramatically increased state-mandated housing goals. Between 2023 and 2031, the entire nine-county region is on the hook for approving over 441,000 new homes for residents of all income levels, more than double the amount for the current eight-year cycle.

As of last week, the California Department of Housing and Community Development had rejected drafts from 14 of the 15 Bay Area municipalities it had reviewed so far – with Alameda the lone success.

The agency told San Francisco, Oakland, Sunnyvale, Mountain View, Redwood City, Antioch and others to rewrite their drafts to provide proof the sites identified for future homes have a realistic chance of development, and to offer the possibility of rezoning certain neighborhoods for denser housing, among various other instructions.

Public officials and housing experts say the denials weren’t a surprise given the state’s high planning expectations. They anticipate many more rejection letters are on the way.

But HCD’s hard line is raising questions about whether Bay Area cities and counties can meet the fast-approaching housing plan deadline at the end of January. Failing to do so risks missing out on affordable housing and infrastructure funding, and could put jurisdictions in jeopardy of lawsuits, fines and the loss of local control over land-use decisions.

“I don’t know if we’re going to meet the deadline,” said Mountain View Mayor Lucas Ramirez. “We’re going to do the best we can. It may very well be that HCD says this is a strong start, but you have to do even more.”

Judging by how the housing element process has gone in other parts of the state, that result seems possible for much of the Bay Area. In Southern California, just 48 of 196 local governments in the region have submitted housing elements after most blew their October 2021 deadline.

Mathew Reed, director of policy for the Silicon Valley affordable housing advocacy group SV@Home, said the state is demanding far more than during prior planning periods. For example, cities and counties are now expected to address housing equity and discrimination issues in their plans proactively. But Reed said Bay Area jurisdictions shouldn’t use that increased burden as an excuse.

“It’s been apparent that if you don’t reach the bar (set by the state), you’ll have more work,” he said. “I’m not sure the public or elected officials have been as conscious of that fact.”

Officials in Alameda spent years preparing their 228-page housing plan, which the state approved in August. Planning Director Andrew Thomas said while some residents protested the small island city’s plans to accommodate more than 5,800 new homes, it was important to finalize the draft so the City Council could adopt it before the election in November.

Gov. Gavin Newsom, at a bill signing event last month in San Francisco, made clear that unlike in years past, state officials aren’t going to look the other way if cities and counties ignore their housing responsibilities. In addition to withholding grant funding and imposing mandatory rezoning timelines, the state is threatening to sue noncompliant jurisdictions to compel a judge to take over the process for approving and permitting new homes.

“At the end of the day we need to see local accountability,” Newsom said. “We’re going to celebrate success, but we’re going to call out failure.”

At the event, Newsom highlighted a first-ever state investigation by HCD into San Francisco’s restrictive housing policies. He also singled out the town of Atherton, the wealthy San Mateo County enclave that gained national attention earlier this year when it scrubbed its housing element draft of townhomes after tech industry residents – including billionaire venture capitalist Marc Andreessen – vehemently objected to adding multifamily housing.

In an interview last month, Atherton Mayor Rick DeGolia said building multifamily homes considered affordable by state standards isn’t practical because the cost of land in the town is around $8 million per acre, and there is little publicly owned land to develop. Instead, Atherton’s housing element draft focuses on a program to help homeowners create new in-law units for rent.

“If (state officials) refuse, we’re going to be in a fight with them,” DeGolia said. Judging by Southern California’s example, he expects to have until the end of 2023 to come to “some settlement with the state.”

Reed with SV@Home was skeptical state housing officials will go for that proposal.

In Oakland, meanwhile, residents of the largely suburban Rockridge neighborhood are asking the city to plan for more apartments and townhomes in their community. In their rejection of Oakland’s housing element, state officials directed the city to examine recommendations made by the Rockridge Community Planning Council.

“We believe that welcoming significant numbers of new residents to Rockridge would be entirely consistent with our values and the cherished historically diverse character of our neighborhood,” the group wrote in a letter to city planning staff.

As the certification deadline approaches, housing advocates are warning cities of another, relatively little-known consequence of failing to finish their housing elements in time: the “builders’ remedy.” The three-decade-old law forces noncompliant cities to accept large housing projects with affordable units, even when the developments far exceed local zoning limits.

Chris Elmendorf, a law professor at UC Davis, said that while there are few known instances of the builders’ remedy coming into play, developers have in recent years become emboldened to take advantage of other state housing laws that bypass local control.

“We’re seeing the emergence of developers who are not relying on their relationships with city councils and instead on their rights under state law,” he said.