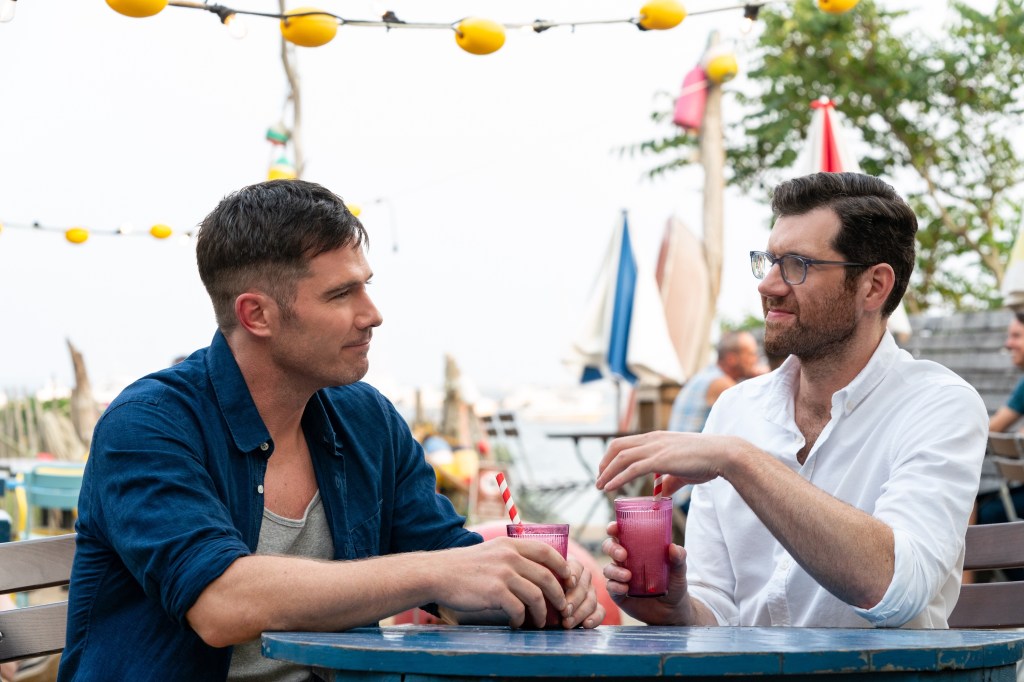 Meaning big money — corporate money. It doesn’t do quixotic or go out on limbs. Money likes safe harbors and sure things. Its risks are calculated and considered. It is not sentimental.

Keep that in mind as we ponder the fate of the first gay major-studio romcom. The lavishly promoted movie, “Bros,” opened last week and performed like the Hindenburg did on its final flight. Which is to say, it went boom, a big, flaming disaster that racked up a measly $4.8 million in ticket sales — about half what had been expected.

It was a bitterly disappointing fate for a film with such a history-making pedigree. Billy Eichner, who starred in, co-wrote and produced the movie, complained on Twitter that “straight people, especially in certain parts of the country, just didn’t show up.”

Some observers have taken to wondering what the failure portends for the future of LGBTQ cinema. One suspects it won’t be quite the genre killer they fear. “Bros,” for what it is worth, delivered pretty much everything you’d want from a romcom i.e., tortured romance and razor-edged comedy. It was also raunchy as all get out, a frankly carnal cavalcade of lusty gay sex. Which was likely its downfall.

As progressive as America has become on LGBTQ issues, many straight men still grapple with what was once dubbed in this space the “primeval ick factor” of seeing guys make out. Girls? That’s entertainment. Guys? That makes some fellows squirm, even now.

That’s not to say it’s right. It’s not to say it’s fair. It’s just to say that it is. Which likely comforts Eichner not at all. It should, however, comfort the rest of us who support LGBTQ empowerment. It suggests that ultimately, the movie’s failure will be little more than a speed bump en route to that goal.

Because money is conservative, yet look what it’s been supporting:

In 2019, Listerine marked Pride Month with a rainbow bottle.

And Janelle Monae. And Lil Nas X. And Ricky Martin. And so on and so forth.

Obviously, money no longer fears LGBTQ people. More to the point, it understands that there is a market here. And if some LGBTQ folk are concerned by the commodification and merchandising of their identity, it’s nevertheless important to understand what the very fact of those processes suggests: that the battle for hearts and minds is over, and LGBTQ won.

Granted, the revanchists on the political right have yet to concede. They are still pushing anti-LGBTQ laws like Florida’s “Don’t Say Gay” bill and ramping up anti-LGBTQ rhetoric, as in the Texas GOP dubbing gay people “abnormal.” These are the folk who usually champion big money, but now, big money sees opportunity in inclusion, so they double down on homophobia instead. The irresistible force of commerce meets the immovable object of intolerance.

In the long run, always bet on the former. Note that another LGBTQ love story — “Spoiler Alert,” with Jim Parsons — is already set to premiere in December. Nor should anyone be surprised. This is America.

Money always has the final word.