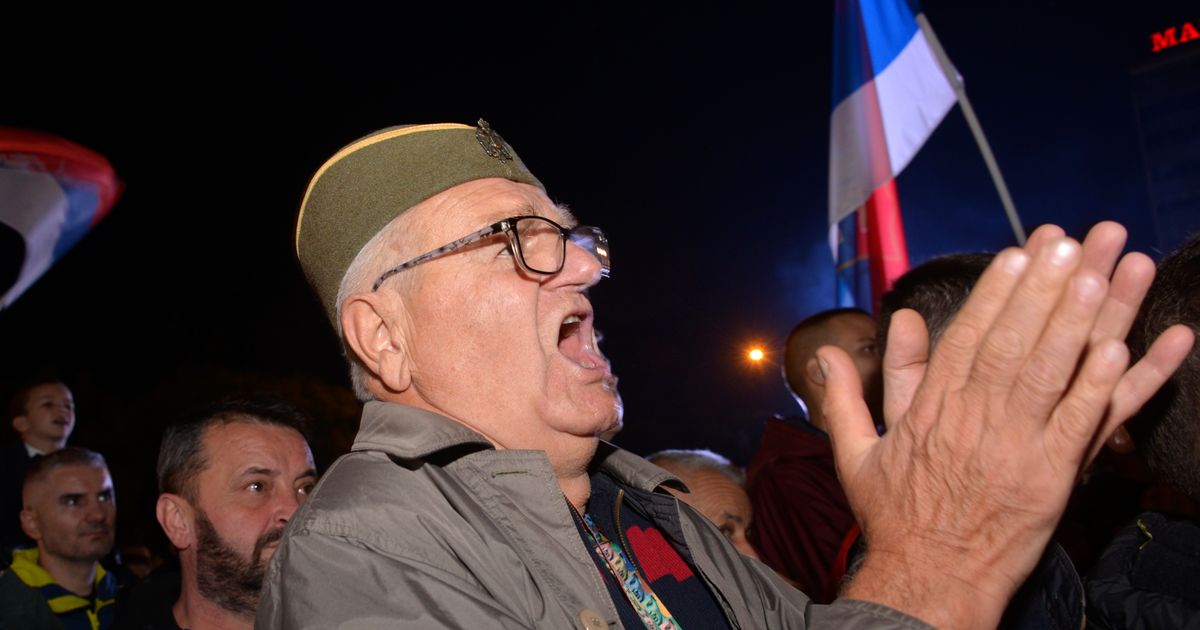 SARAJEVO, Bosnia (AP) – Thousands of people rallied Sunday in Bosnia for the second time in a week, saying a pro-Russian Bosnian Serb leader had rigged a ballot during a general election in the Balkan country earlier this month.

The final results of the October 2 vote in Bosnia have not yet been announced. Elections were held for all levels of government in both the Serb- and Bosniak-Croat-dominated parts of the Balkan country, as well as for unified central institutions.

Leading Bosnian Serb politician Milorad Dodik claimed victory in the election for the position of president of the Serbian entity. Opposition leaders, however, claimed that their candidate Jelena Trivic was the winner, and that Dodik rigged the ballot.

Citing reports of irregularities, central election authorities in Bosnia’s capital Sarajevo ordered the removal of ballot boxes and recounts at about 1,000 polling stations across the country before the final tally will be established.

Dodik, the most powerful politician in the Bosnian Serb semi-autonomous region, has denied allegations that he orchestrated an election fraud to rob his main challenger of his election victory.

At a rally Sunday in the northern town of Banja Luka, Trivic said the opposition wanted a recount and review of all ballots in the Bosnian Serb entity, and an investigation into possible vote fraud.

“I wasn’t robbed, the people were,” Trivic said. “We’re not backing down, we’re not giving up.”

The crowd chanted “Mile thief!,” referring to Dodik by his nickname.

Dodik has ruled virtually unchallenged for years despite being sanctioned by the West for advocating the separation of Republika Srpska, as the Serbian entity is called, from the rest of Bosnia. Russia has backed Dodik, raising fears in the West that Moscow may try to create more instability in volatile Bosnia to divert some attention from the war in Ukraine.

The separatist ambitions of ethnic Serbs sparked the devastating 1992-95 war in Bosnia, which killed more than 100,000 people, displaced millions and devastated the country for years to come. A US-brokered peace agreement ending the war created Serb and Bosniak-Croat entities, bound by joint institutions.

The Balkan country of 3.3 million people remains plagued by corruption and ethnic tensions that have hampered efforts to join the European Union.