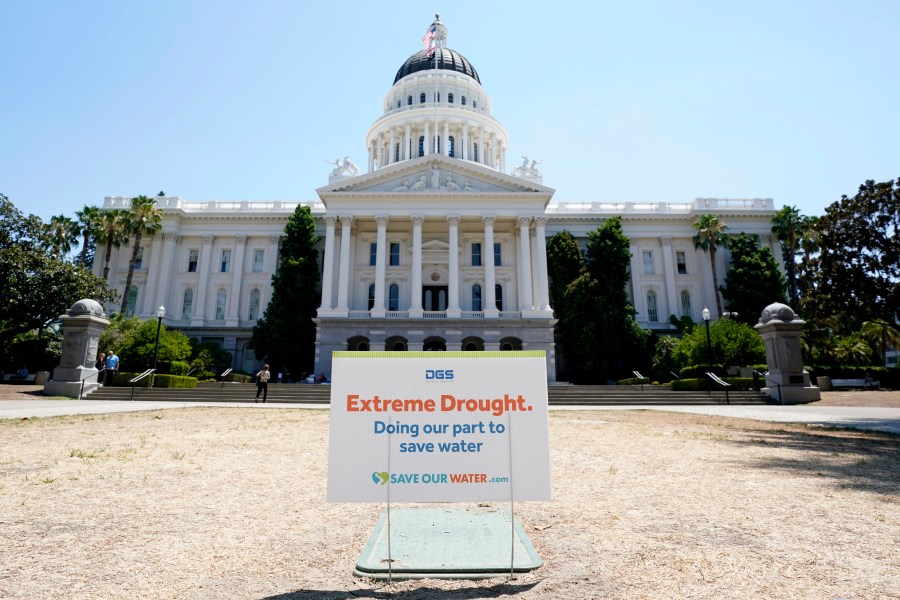 SACRAMENTO, Calif. (AP) — The past three years have been California’s driest on record, a streak unlikely to break this winter, state officials said Monday.

The official water year concluded Friday, marking an end to a period that saw both record rainfall in October and the driest January-to-March period in at least a century. Scientists say such weather whiplash is likely to become more common as the planet warms. It will take more than a few winter storms to help the state dig out of drought.

“This is our new climate reality, and we must adapt,” Karla Nemeth, director of the state Department of Water Resources, said in a statement.

Her comments came ahead of expected remarks Monday by state water officials about what to expect in the months ahead. The water year runs from Oct. 1 to Sept. 30, so that the rainiest winter months are recorded together.

Snow that falls in California’s mountains typically provides one-third of the state’s annual water supply, but last year snow levels were far below average by the end of the winter. The Colorado River, another major source of water for Southern California, is also beset by drought, threatening its ability to supply farmers and cities around the U.S. West.

Precipitation was 76% of average for the year that just ended, and the state’s reservoirs are at 69% of their historical levels, state officials said.

Most of the state is in severe or extreme drought, according to the U.S. Drought Monitor. The worst conditions are throughout the Central Valley, the state’s agricultural heartland where many of the nation’s fruits, vegetables and nuts are grown.

Another dry year would mean little to no water deliveries from state supplies to farmers and cities in central and Southern California. State and local officials, meanwhile, continue to urge California’s 39 million residents to save water wherever possible by ripping out grass lawns or letting them go brown, taking shorter showers and generally being more conscious about water use.

There are signs that the state and its residents are better learning to deal with ongoing dry periods, said Jeff Mount, a senior fellow with the Water Policy Center at the Public Policy Institute of California. With limited water supplies, farmers in the northern part of the state have fallowed rice fields, while major water agencies in the south have started to look for ways to expand water supply through recycling and other means.

Still, drought fatigue may be setting in. Democratic Gov. Gavin Newsom called on residents last year to voluntarily reduce their water use by 15%. The state still hasn’t met that target and water use went up in the spring compared to prior years. But use has started to tick down after state water officials put new restrictions on outdoor watering.

“We’re not fighting anymore about whether things are changing — we’re having reasonable fights about how to adapt to it,” Mount said.