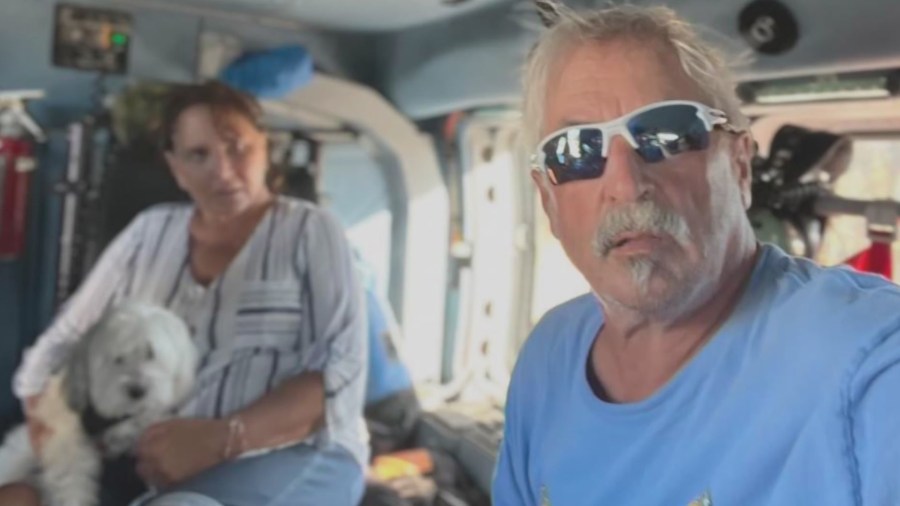 CHICAGO — A former local car dealership owner who retired to Florida says he is grateful to be alive after being airlifted and rescued from the destruction of Hurricane Ian.

Locals may remember Robert Paddor’s commercials for the Evanston Subaru in Skokie car dealership with his dog, Sunny. In 2021, Robert Paddor sold the car dealership and retired to a new home in Sanibel Island, Florida, along with his wife Carol and two dogs. But over the last week, their retirement destination was quickly destroyed by Hurricane Ian’s Category 4 storm.


‘We’re with you,’ Biden tells Puerto Rico ahead of visit

The hurricane hit the island Wednesday with 150-mile-per-hour winds and an 8-to-15-foot storm surge.

“You can have the greatest plan in the world and enjoy retirement but there’s nothing that is guaranteed in life,” Paddor told WGN News.

Paddor says he was planning to attend various Jewish events the week of the storm.

“The trees were blowing a little bit. At that point, it was still a tropical storm,” Paddor said. “It was a voluntary evacuation. We didn’t get a mandatory evacuation until late Tuesday afternoon.”

Confident in his home, Paddor decided to stay.

“I don’t know if you would call us foolish, but I knew the house could withstand it,” he said.

But the house lost power and the family lost communications with others. Soon, the storm barged through their home, leaving behind sludge. By Friday, Paddor says officials surveying the island let them know air rescue would be available.

The retiree and wife packed up their suitcases, grabbed their dogs, and took what they could.

Since the rescue, the couple has made their way to Wisconsin, where Paddor says they’re fortunate enough to have another home.

“I want to be nearby to offer support to anybody else who needs it,” he said.

He said his goal is to make his way back, preferably, on the island.

“They want to get the homeowners and businesses back on the island,” Paddor said. “So if I’m in Wisconsin, that’s not going to work. I want to be close by.”

For now, Paddor says he is taking things day by day.

“We’re safe,” he said. “The best part about it is that tomorrow, I’ll be able to enjoy the Jewish holiday with my synagogue, see my kids and have dinner before I go.”