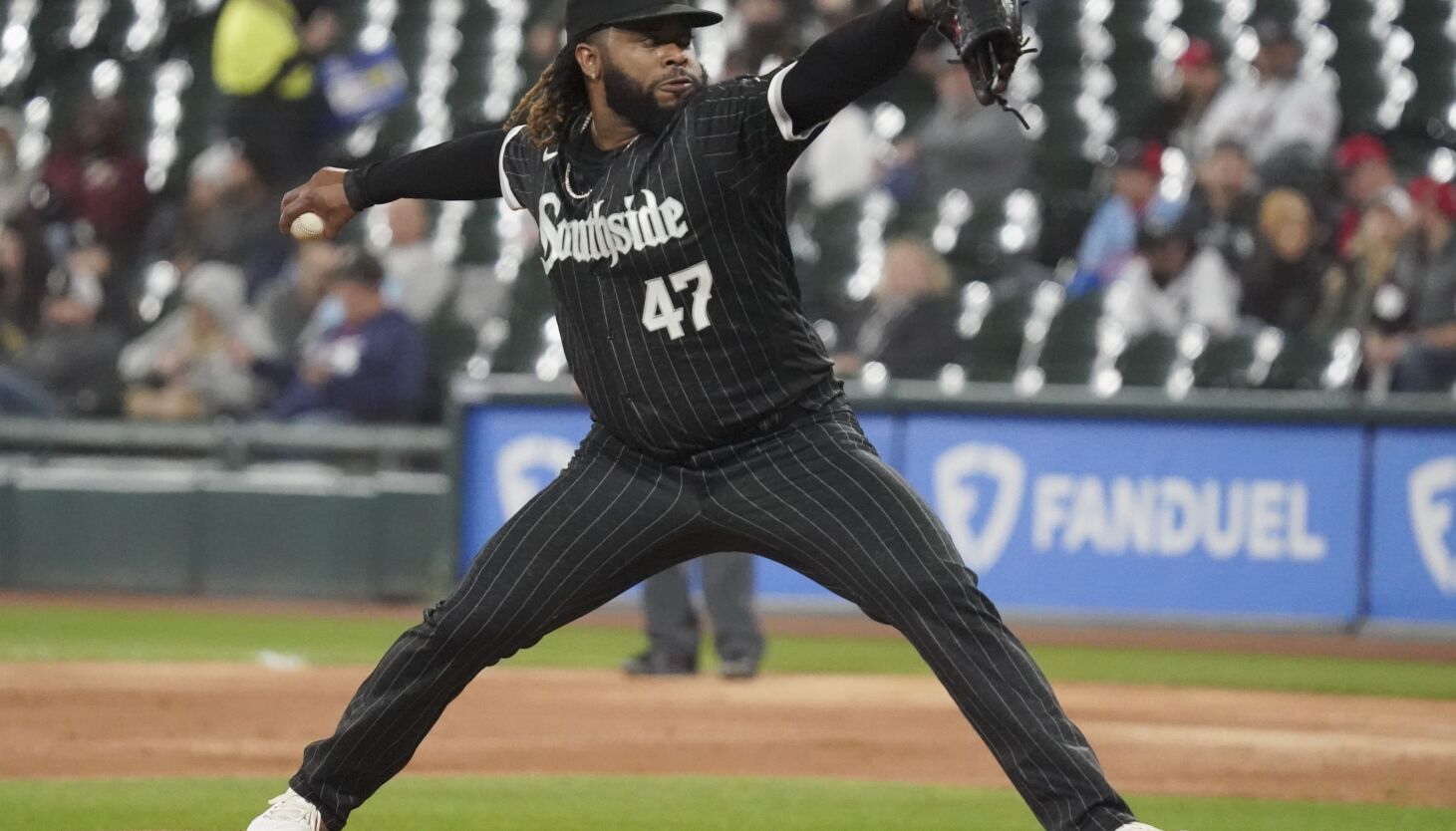 Johnny Cueto pitched seven innings of two-run ball in what could be his final start in a White Sox uniform, and the host Sox evened their record at 80-80 with two games to play with a 3-2 win over the Twins Monday at Guaranteed Rate Field.

Rookie catcher Carlos Perez hit a tiebreaking single and Josh Harrison hit a two-run single as the Sox won after Tony La Russa announced he is stepping down as manager.

It was the Sox’ fourth win in five games as they try to avoid a losing season, a small consolation after they failed to make the postseason after two seasons in a row playing October baseball.

Cueto (8-10) struck out four and walked none, lowering his ERA to 3.35 after he was signed to a minor league contract during spring training. He made 24 starts and credited his success to being healthy. He will be a free agent after the season.

“I want to pitch and I feel like I can pitch two or three more years,” Cueto said. “I would like to come back here but that is not my decision to make.”

Perez drove in AJ Pollock with a two-out RBI single against Griffin Jax (7-4) in the seventh. Liam Hendriks loaded the bases in the ninth but struck out Mark Contreras swinging for his 36th save.

Cairo was emotional after the game talking about La Russa. He paused several moments.

“To me it was sad,” Cairo said. “I was, it was emotional for me because I played for him. And he’s my mentor. I’ve learned so much from him. And of course I’m going to keep calling to keep learning. But we’re going to miss him here, for sure.”

The Sox will interview Cairo as they search for La Russa’s replacement.