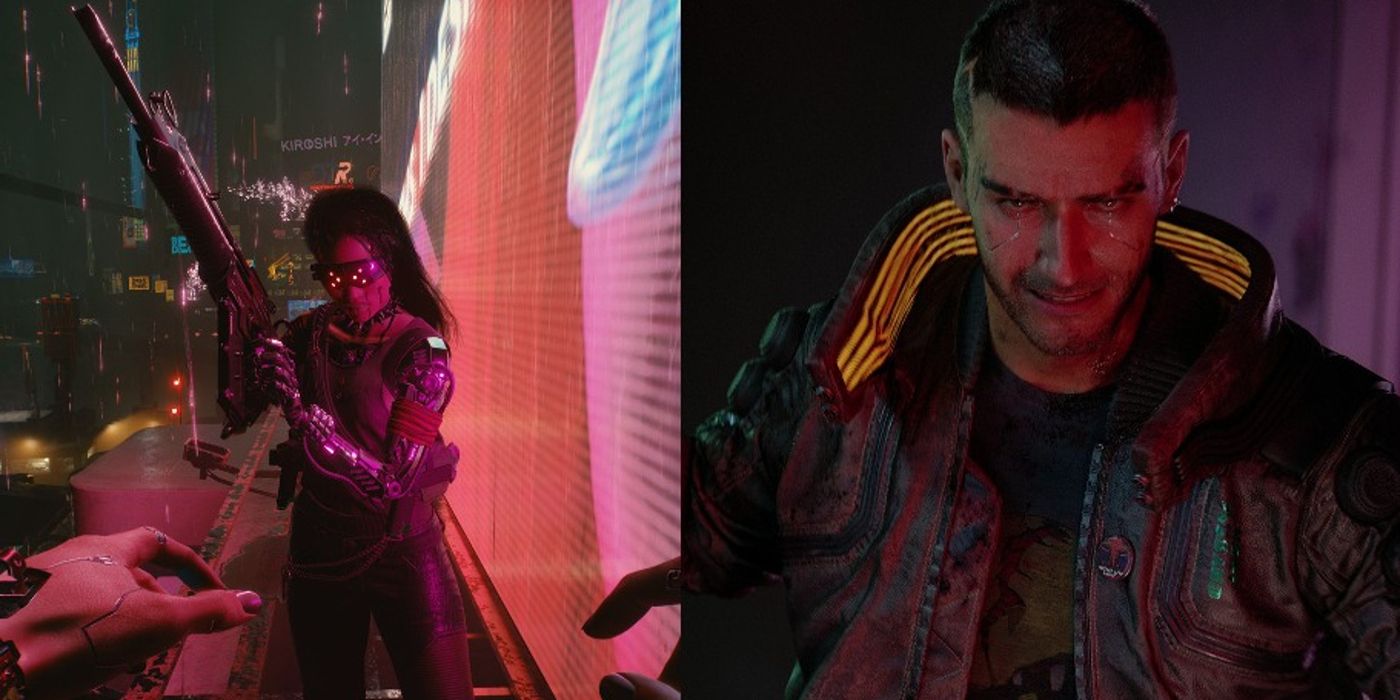 With the Netflix release of Cyberpunk: Edgerunners on September 13, 2022, it’s no surprise to see ardent gamers and newbies alike flocking to Night City in the open-world video game Cyberpunk 2077. As such, CD Projekt Red recently announced plans for an official follow-up game. Hopefully, the sequel is released sooner than later to capitalize on the franchise’s rejuvenated popularity.

In the interim, those who’ve gone back to play Cyberpunk 2077 will benefit greatly by learning which in-game perks are the best to spend points on, with a key emphasis on early game builds leading to more advanced playthrough options.

In Cyberpunk 2077, reflexes are paramount for dodging bullets and returning fire in a timely fashion. Moreover, headshots are the most efficient way of taking enemies out. Therefore, an essential perk for newbies to unlock early in the massive open-world game is Rio Bravo, which can be purchased from the Reflexes and Handgun Skill Trees.

By activating the Rio Bravo Perk, players will be able to incur a staggering extra 10% damage increase upon enemies when using any handgun in the game, including pistols and revolvers. Even better, the Rio Bravo Perk can be upgraded thrice to deliver up to a 30% increase in headshot damage.

Similar to health regeneration, RAM does not automatically replenish itself in this complicated RPG that gives expert role players trouble. Therefore, another wise early game Perk to purchase includes the Biosynergy Intelligence attribute, which can be accessed from the Quickhacking Skill Tree. This enables players’ RAM to recover during fights. In specific, the Biosynergy Perk will recover 4 units (sticks) of combat RAM per minute, which can be upgraded to 12 sticks per minute on Level 3.

For players who prefer taking on Quickhacks while working through the early part of the game, the Biosynergy Perk is absolutely paramount as it allows them to access any hack regardless of RAM limitations. It’s most helpful when Quickhacking during combat.

Another must-have Perk to get early in the massive open-world video game includes Mass Vulnerability, an Intelligence attribute that can be bought from the Breach Protocol Skill Tree in Level 3. Once activated, the perk unlocks the Mass Vulnerability daemon to make all opponents – humans and robotic – vulnerable to physical attacks by 30% and for up to 3 minutes.

When upgraded to Level 2, the Mass Vulnerability Perk reduces Enemy Res by 30% for up to six minutes, making it an ideal way for V to take down enemies by increasing her overall DPS to whatever type of foe crosses her path.

For some, Cyberpunk 2077 is more about world exploration and character interaction than outright combat. Those looking to play a much stealthier game in this regard would be wise to cop the Crouching Tiger Perk early on, which can be bought from the Cool/Ninjutsu Skill Tree.

Once activated, Crouching Tiger increases V’s rate of speed as they move through Night City while increasing their “sneaking” ability by 20%. The perk is paramount for maintaining as low a profile as possible while completing main missions and side hustles. Players will be able to reach their target much more quickly, take them down more efficiently, and earn extra stealth points in the process.

While the Pack Mule Body Attribute is worth investing in to increase carrying capacity, players in Cyberpunk 2077 can always stash items inside vehicles. As such, the most recommendable Body/Athletic Perk to obtain is Epimorphosis, which can be upgraded to increase V’s maximum health by up to 100% outside of combat regardless of the rest of a player’s build.

Although the Body/Athletics Regeneration and Invincible Perks are also ideal, the Epimorphosis Perk is too priceless to pass up. The most fundamental task in Cyberpunk 2077 is to remain alive long enough to complete V and Johnny’s main story, and with the Epimorphosis perk, V can increase her overall health by 70% in Level 1, 80% in Level 2, and a 100% in Level 3.

Moving past the early stages of the game, those looking to bolster their ability to shoot accurately from a long distance while increasing the potency of headshots need to get the Sniper Perk, a Cool attribute that can be bought from the Ninjutsu skill tree in this, one of the best open-world video games.

At Level 1, the Sniper Perk increases damage from headshots outside the combat arena by 30%. At Level 2, that number jumps to a staggering 50% increase. Even more beneficial, the Sniper Perk can be paired with the Frozen Precision Perk (Cold Blood Skill Tree) to double V’s total headshot damage, all but ensuring fatalities with a single headshot. The two-for-one value is too good to pass up.

While the Revamp Engineering Perk is worth investing by level 20, the formidable Bladerunner Perk can be purchased in Level 9 for just two Perk points. As such, it’s a perfect option for those in the middle of a playthrough. Once activated, the perk increases damage incurred on all mechanical enemies by a whopping 20-40% when upgraded from Level 1 to Level 2.

Considering how V’s foes in the game aren’t just human but also consist of sinister AI robots, drones, mechanical turrets, virtual guards, and the like, the Bladerunner Perk is invaluable, especially for those who can’t yet afford the Lickey Split and Jackpot Perks.

With baleful bots and murderous mechs out of the way thanks to the badass Bladerunner Perk, players ought to redirect their combat focus on the various human foes in Night City. The Assassin Perk will do the trick, which can be purchased from the Cool/Ninjutsu Skill Tree.

Once activated, the Assassin Perk will increase the damage V inflicts on human enemies by 15%, which will come in handy in the early-to-mid-section of the game no matter how the rest of V’s build is comprised since the majority of their enemies in the beloved sci-fi RPG will be human.

In Patch 1.5 of Cyberpunk 2077, the Stronger Together Perk has been renamed Tenacious V, easily one of the most helpful tools for players looking to make a stretch run from Level 12 until the finale. Once activated, the Tenacious V Perk allows V to regenerate their health while simultaneously taking damage with no freeze, essentially rendering her impervious in a battle with any type of enemy.

Beyond the flexibility of using Tenacious V for every build possible, the Perk becomes even more valuable when paired with Cardio Cure and Hard Motherf*cker, which makes V nearly impossible to kill in the game, especially as the strategic endgame nears.

Moreover, it’s important for players interested in crafting not to waste time or priceless resources on Crafting Perks like Mechanic, Scrapper, Workshop, etc., as they have poor upgrades that aren’t worth investing in. Also, by the end of the game, V is going to need to craft the most formidable weapons available and won’t be able to do so with such rudimentary perks. Do wise and wait until the endgame to unlock the Edgerunner Artisan in order to finish a strong playthrough.