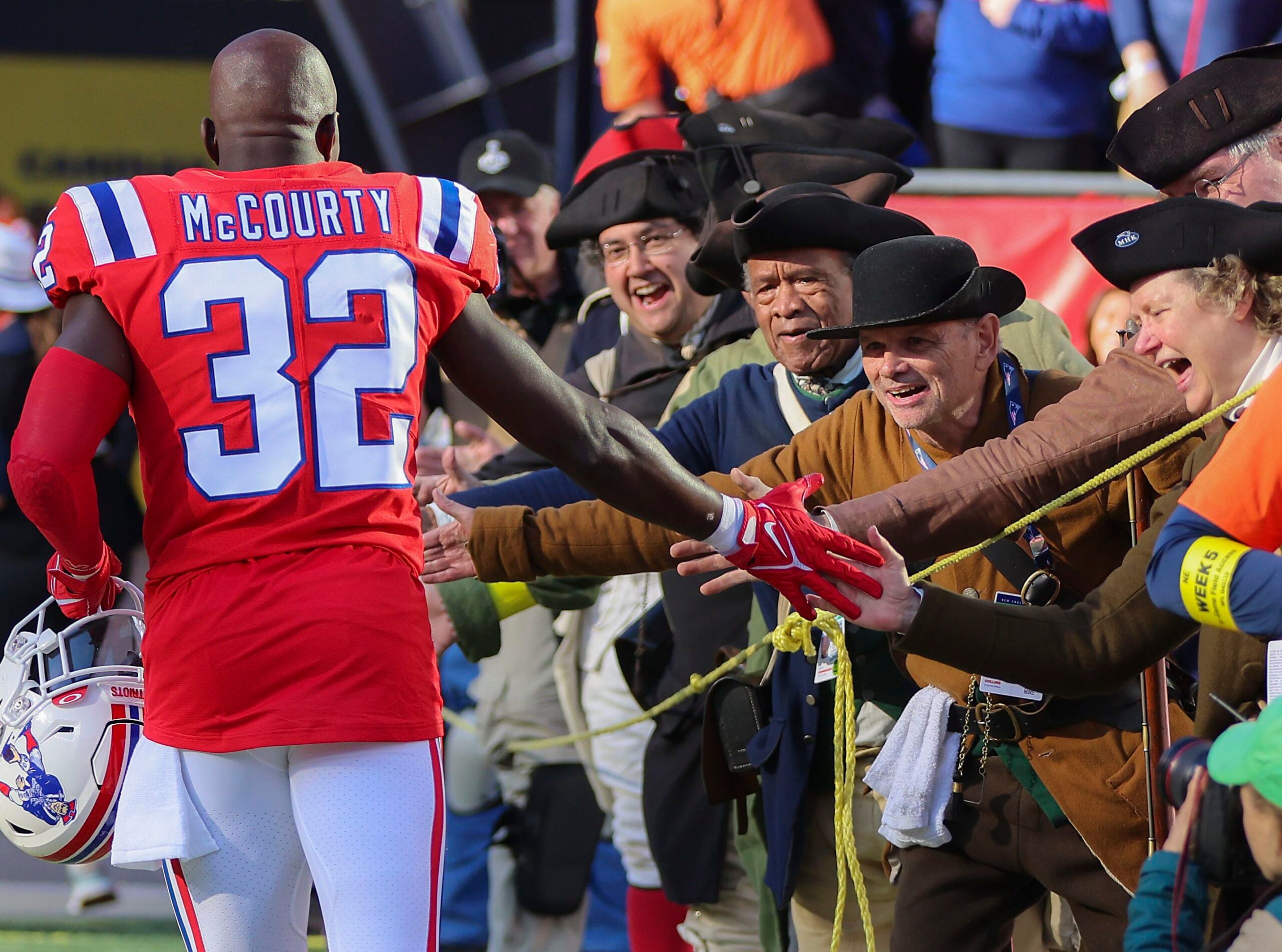 The Patriots were “locked in” on Sunday, according to safety Devin McCourty — and it sure looked like it.

New England put on a strong performance on both sides of the ball, defeated the Detroit Lions, 29-0, to improve to 2-3 on the season. The Patriots have suffered a pair of losing streaks entering Week 5. To help get back on track, they did something unusual in practice this week by removing the pads.

McCourty credited that as part of the reason for the shutout the defense stood up after allowing 64 combined points in the last two games.

“I thought it was a great effort on defense,” McCourty said. “I think we were locked in all week. I would say from the beginning of the week, talking about what we had to do, we had, I would say, a less physical practice on Wednesday.

I think sometimes everyone is like ‘Oh my goodness they don’t have full pads.’ But I think the good thing about that is the guys are locked up. We’ve talked about a lot of different plays, seen a lot of different looks, figured it out differently, and gone back to the play calls and things we have scheme-wise. We watched the movie together. Talk about it, what we like, what we don’t like. I think you saw that improvement throughout the week in our play calls. “

After Wednesday’s change, McCourty believed the Patriots were able to “play fast.”

They certainly played fast against a team they had to play that way against. The Lions entered Sunday’s game as the highest scoring team in the NFL, scoring 35 points per game. Amon-Ra St. Brown has looked like one of the elite receivers in the league early in the season while TJ Hockenson has been one of the best tight ends recently in the NFL. Even without D’Andre Swift, Jamaal Williams looked solid out of the backfield, rushing for 108 yards a week ago.

Neither of those players made much of an impact against the Patriots. Hockenson only got one. St. Brown finished with 18 receiving yards. Williams rushed for 56 yards on 3.7 yards per carry.

To topple a highly potent offense, McCourty acknowledged it will take a team effort.

“I think like Bill [Belichick] said this offense has everything,” McCourty said. “The tight end is really good. You have good receivers. You’ve got the running game. So we all need to do a good job. We all had to ‘do our job’ and play good team defense and we did that and got some key stops throughout the game.

While shutting down or limiting the Lions’ three best offensive players was impressive, it might not have been the most impressive thing the Patriots’ defense did on Sunday. They held the Lions to a first down on all six fourth-down attempts, which is the most fourth down attempts by a team without a first down in NFL history.

“I think a big part of that is understanding when you look at third downs, we’re in the huddle, we’re saying, ‘It’s not the end. They’re going for it on fourth down,’ ” McCourty said. “They’ve been doing that all year. So I think that’s a big part of the preparation. Everybody’s ready to go after getting that third stop.

“I called the guys back in the huddle. I think sometimes you get into those situations, guys say ‘oh my goodness they go like -‘ We don’t have to rush anything. We’re locked in, ready to go. We were able to execute and play good defense in those situations. Those were big plays in the game. “

Not only did the Patriots keep the Lions from getting a first down on fourth down, they stopped them from scoring on all six drives they got the ball into New England territory.

Whether it’s a fourth-down stop in the red zone (the Patriots had two of them Sunday) or a red zone interception by Jack Jones, McCourty knows his squad feels it.

“That kind of kills momentum and morale,” McCourty said. “So I think being prepared going into the game, and then going out and executing it was a good job by all 11 guys.”