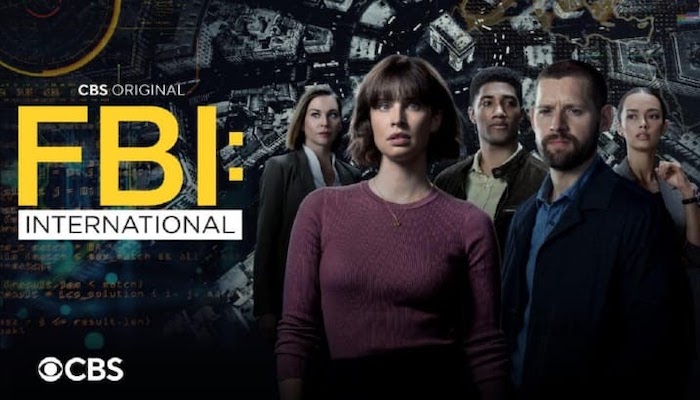 FBI: International‘s plot synopsis: “From Emmy Award winner Dick Wolf and the team behind FBI and the “Law & Order” brand, fast-paced drama FBI: INTERNATIONAL is the third iteration of the successful FBI brand that follows the elite operatives of the Federal Bureau of Investigation’s International Fly Team. Headquartered in Budapest, they travel the world with the mission of tracking and neutralizing threats against American citizens wherever they may be.

The Fly Team relies on intelligence, quick thinking and pure brawn as they put their lives on the line to protect the U.S. and its people. The Fly Team’s Special Agent Scott Forrester (Luke Kleintank), their accomplished and dedicated leader, puts his missions ahead of his personal life and is rarely seen without the team’s “secret weapon” – their trusty Schutzhund dog, Tank. Second in command is Special Agent Jamie Kellett (Heida Reed), not afraid to tussle – in an alley or courtroom – and her extensive network of informants is a powerful resource.

Special Agent Andre Raines (Carter Redwood) shines in the field and makes good use of his accounting background in tracking criminal enterprises’ moving money; and the group’s newest member is Special Agent Cameron Vo (Vinessa Vidotto), a competitive West Point grad who excels at interrogation and strategy. A key part of the mix is the unflappable Europol Agent Katrin Jaeger (Christiane Paul), a multilingual liaison between the FBI Fly Team and each host country they inhabit. Always at the scene where American interests are at risk, FBI: INTERNATIONAL is a globe-trotting depiction of law enforcement overseas.”

“While not initially prevalent in television, TV show trailers started as a common form of advertisement in the late 2000s. They are often trailers advertising a new TV series, episode, event or marathon premiering on television. Trailers for the next episode of a TV series are often shown during or following the closing credits of the show.