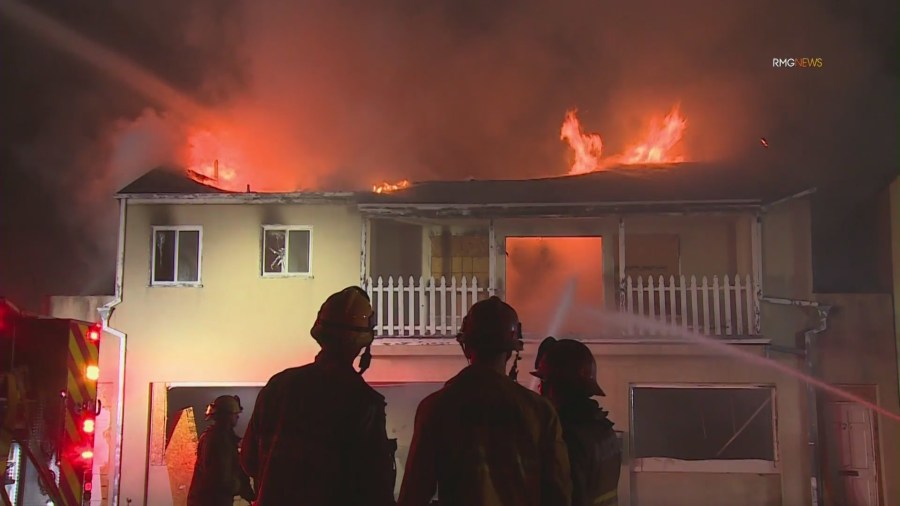 Arson investigators are looking into the cause of a fire that destroyed an abandoned apartment building in Arcadia Saturday night.

About 60 firefighters from multiple agencies battled the blaze for several hours before bringing it under control.

The utility had been shut off to the vacant building so the fire was likely caused by humans, a battalion chief told KTLA. Nearby business owners believed people had been squatting inside.

No injuries were reported.

Residents told KTLA that several buildings in the neighborhood are vacant and scheduled to be demolished for a redevelopment project.