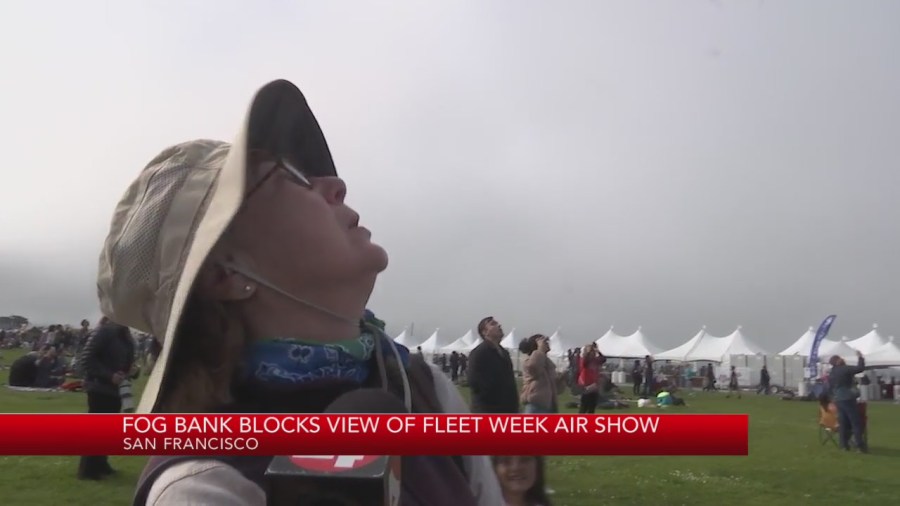 It’s always one of the most majestic sights, but on Saturday, the show took on some fog.

The audience was making the most of the situation. It’s not uncommon for fog to pop up, but the Blue Angels have been able to work around it safely.

The annual Aviation Week air show brought thousands of people to Marina Green on Saturday. However, this year’s event kept the audience guessing.

“It’s funny because now we can’t see anything,” said one viewer. “Last year we were able to see a good amount of flips and everything.”

The show was put on hold for a brief period of weather as a marine blanket covered San Francisco Bay. The fog rolled in late afternoon, but people were in good spirits.

Cron On is broadcasting the news live.

The air show ended at the usual time. Fog varies from year to year. Tomorrow is always Sunday, which is the last day of Fleet Week here in San Francisco.