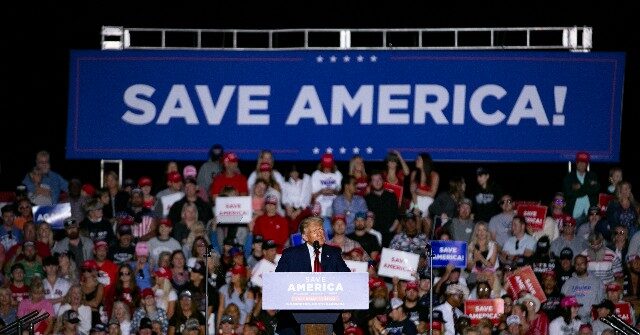 Former President Donald Trump will hold a “Save America” rally in Warren, Michigan, on Saturday, October 1.

Trump is scheduled to speak at 7 p.m. and the rally will be held at the Macomb County Community College Sports and Events Center, a venue that can accommodate more than 4,000 attendees, according to Bridge Michigan.

Several state-level Republican candidates will appear alongside Trump, including Tudor Dixon, the Republican nominee for governor. The former president endorsed Dixon in July, promising that she would “fight for Election Integrity, turn around the Economy, and protect the future of Michigan for every child.”

I am honored to have President Trump’s endorsement. We will unite Michigan and defeat Gretchen Whitmer. pic.twitter.com/BS2kGtRtSs