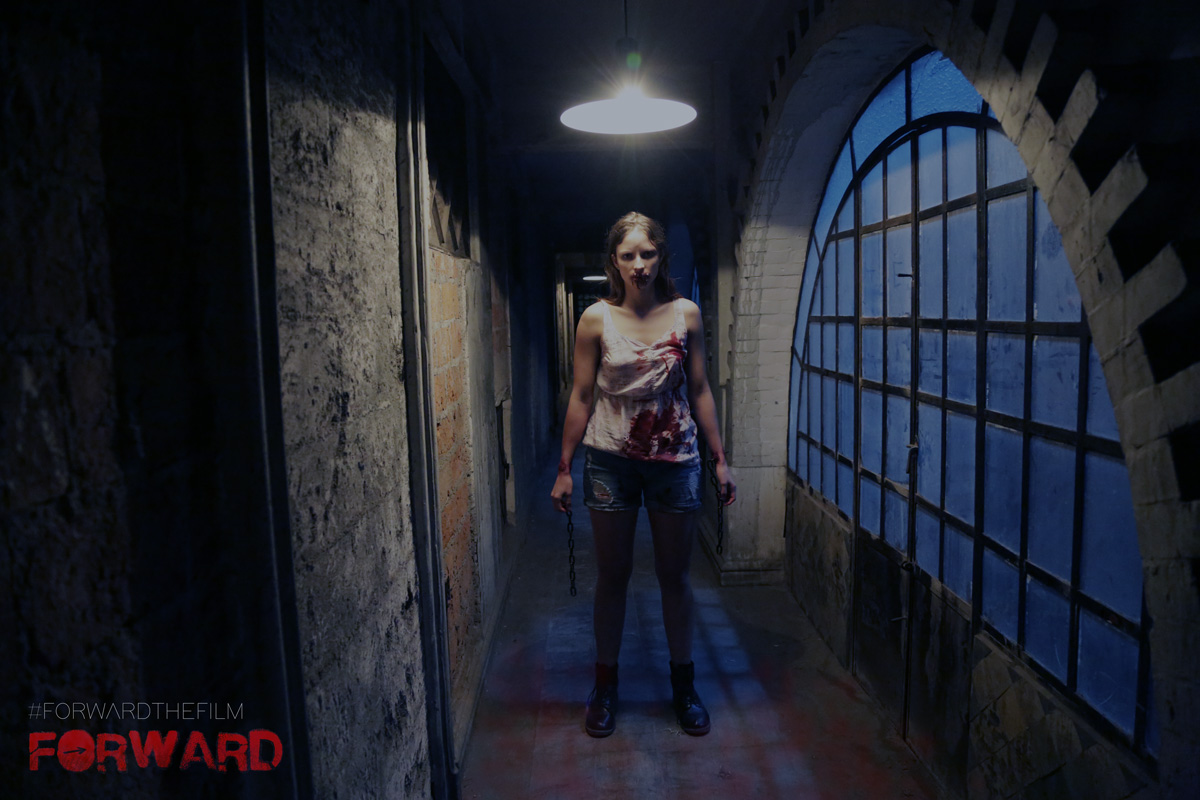 ‘Smile… evil is watching you.’
Forward is a 2016 Spanish supernatural horror film about two assassins who find themselves up against an evil demon in an abandoned old hotel.

Written and directed by Henry Bedwell (Never After; Darker Than Night).

Two assassins, Tomás and Marco, are hired to avenge their boss. The job leads them to what appears to be an abandoned hotel. However, they soon find themselves in an unexpected maze of madness, where realities intertwine and nightmares come to life.

Faced with an evil demon named Larissa (Lisette Morelos), the duo realise that the gates of Hell are closer to our plane of existence than either of them could have expected…

Reviews:
” …filmed almost like you are in a video game, whether this was intentional is another matter but that is what came to mind when watching Forward. Lighting is on point throughout, giving you just enough to make you jump at shadows. Those seeking a film that will keep you thinking long after it has finished should check this horror out immediately.” Horror Screams Video Vault

“When the camera sneaks after the characters for minutes, nothing happens and not a word is spoken, that pulls the tension down badly. It’s worth staying tuned because towards the end the story takes on a very interesting development. Overall, the film is fun and feels very innovative (although the individual elements have certainly been seen in a film here and there).” Ittenbach Fans [translated from German]

“The movie really looks good, I mean technically speaking, there is little to say about this, in the negative spectrum. Having said that, the movie is also quite tough to get attached to. While there is an introduction to the characters that gives them a bit of an edge and a character… after that it’s like bits and pieces.” Kosmasp

MOVIES and MANIA is a genuinely independent website and we rely solely on the minor income generated by internet ads to stay online and expand. Please support us by not blocking ads. Thank you. As an Amazon Associate, the owner occasionally earns a very tiny amount from qualifying linked purchases.