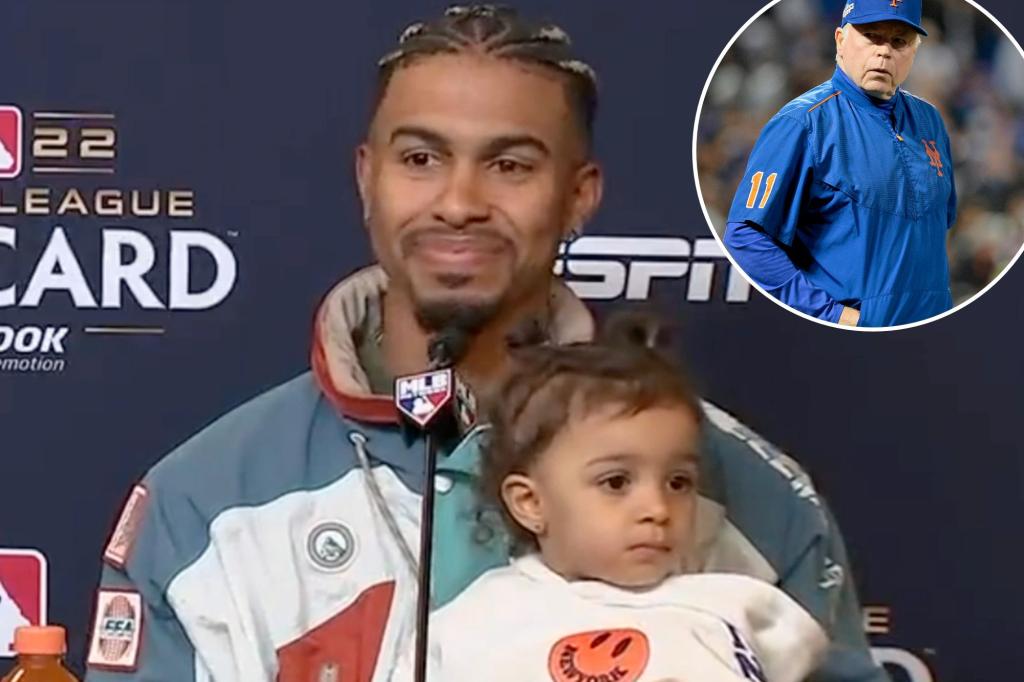 Buck Showalter got an adorable shoutout early Sunday morning from his youngest fan.

As Francisco Lindor spoke to the press following the Mets’ 7-3 win over the Padres in Game 2 in the NL Wild Card Series, the 28-year-old shortstop was joined at the podium by his young daughter, Kalina, who kept calling for the team’s manager.

Lindor, who agreed to a 10-year, $341 million extension with the Mets last year, hit a homer in the first inning of Saturday’s game after going 0-for-3 the night before.

“We’ve been trying to play like ourselves,” Lindor said. “It’s baseball. We have good days, we have bad days. We try to eliminate as many bad days as possible and try to have more good days. Today we played very Mets-like. We put the ball in play, we run the bases right, we play good defense, we pitch. We stay together, and we win together.”

The Mets will return to Citi Field on Sunday night in a do-or-die Game 3. The winner of the Mets-Padres series will face the Dodgers in the NLDS starting on Tuesday.

When Lindor and the Mets take the field, the four-time MLB All-Star will be supported by his biggest cheerleaders in wife Katia and daughter Kalina. The couple tied the knot in December of last year.