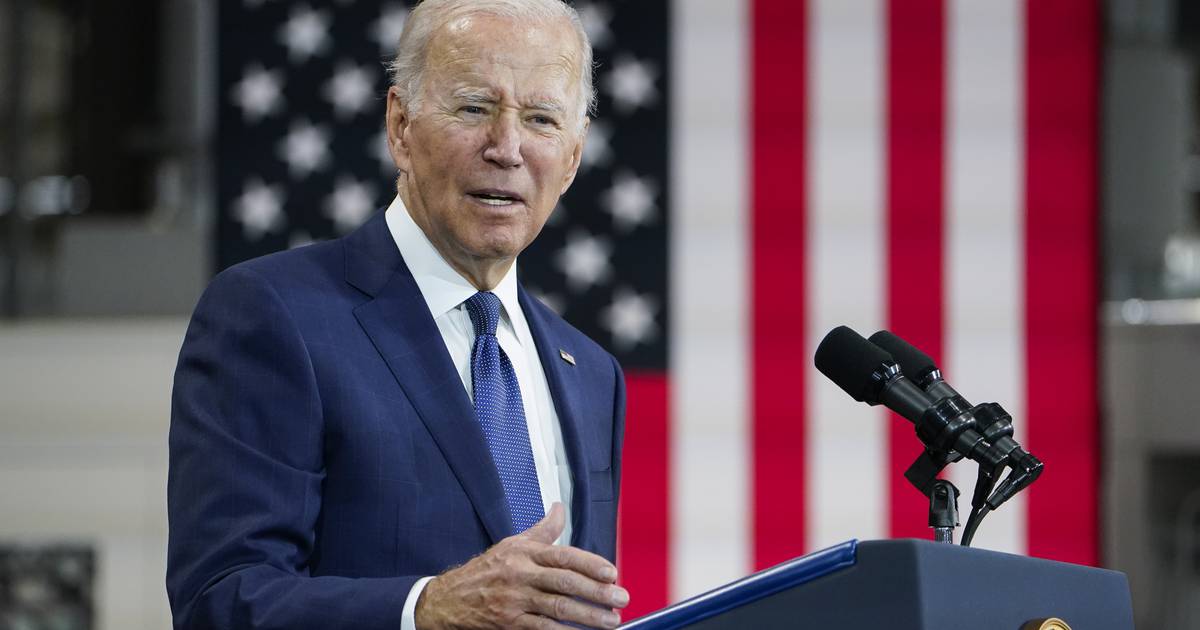 Georgia Democrat Stacey Abrams said Sunday she would welcome an assist in her bid for governor from President Biden, who has largely been steering clear of campaign rallies ahead of the crucial midterm elections next month.

Abrams, who became a national figure in the 2020 contest she narrowly lost to Georgia Gov. Brian Kemp, is trailing the Republican incumbent in opinion polls.

Acknowledging “there are 36 governors’ races” and “a little bit of a Senate kerfuffle going on,” she said: “We look forward to having anyone who wants to come to Georgia to help show up and show everyone what Georgia means.”

Democrats are fighting to keep control of Congress and make gains at the state level as they face criticism over their handling of the economy, among other issues.

Abrams on Sunday downplayed concerns about her support from Black voters, calling it “a manufactured crisis designed to suppress turnout.”

“If you look at my polling numbers and the polling numbers of my ticket mate, Sen. Raphael Warnock, we are polling similarly well with Black voters,” Abrams said, adding: “Black voters, like every voting population, deserve the respect of having someone come and speak with them, engage them.”

Warnock, a Democrat, is facing a challenge from Republican Herschel Walker, whose campaign has been reeling from allegations he paid for a former girlfriend’s abortion even though he’s running on a staunchly anti-abortion stance.

Walker has denied the abortion reports, but a Republican lawmaker on NBC’s “Meet the Press” urged him to “come clean” if they are true.

“Herschel needs to come clean and just be honest,” said Rep. Don Bacon of Nebraska. “We all make mistakes. And it’s just better — if this actually did happen — to say ‘I’m sorry’ and ask for forgiveness.

“I think it’s just best to be candid. I’ve learned that in my own life,” he said.

Candidates in one of New York’s most closely watched races, meanwhile, faced off in a debate that was broadcast Sunday on CBS New York.

Republican Rep. Nicole Malliotakis came under pounding criticism from Democrat Max Rose, who is challenging her for his old seat representing Staten Island and part of Brooklyn.

Rose took Malliotakis to task for not supporting national legislation guaranteeing a right to abortion — one of the top issues of the midterms in the wake of the Supreme Court’s summer ruling overturning Roe v. Wade.

“I see this as an issue that is demanding federal protection,” Rose said, accusing his opponent of putting women’s lives at risk.

“How dare you mansplain my position on this women’s rights issue,” she said, calling Rose’s position “extreme” and “barbaric.”