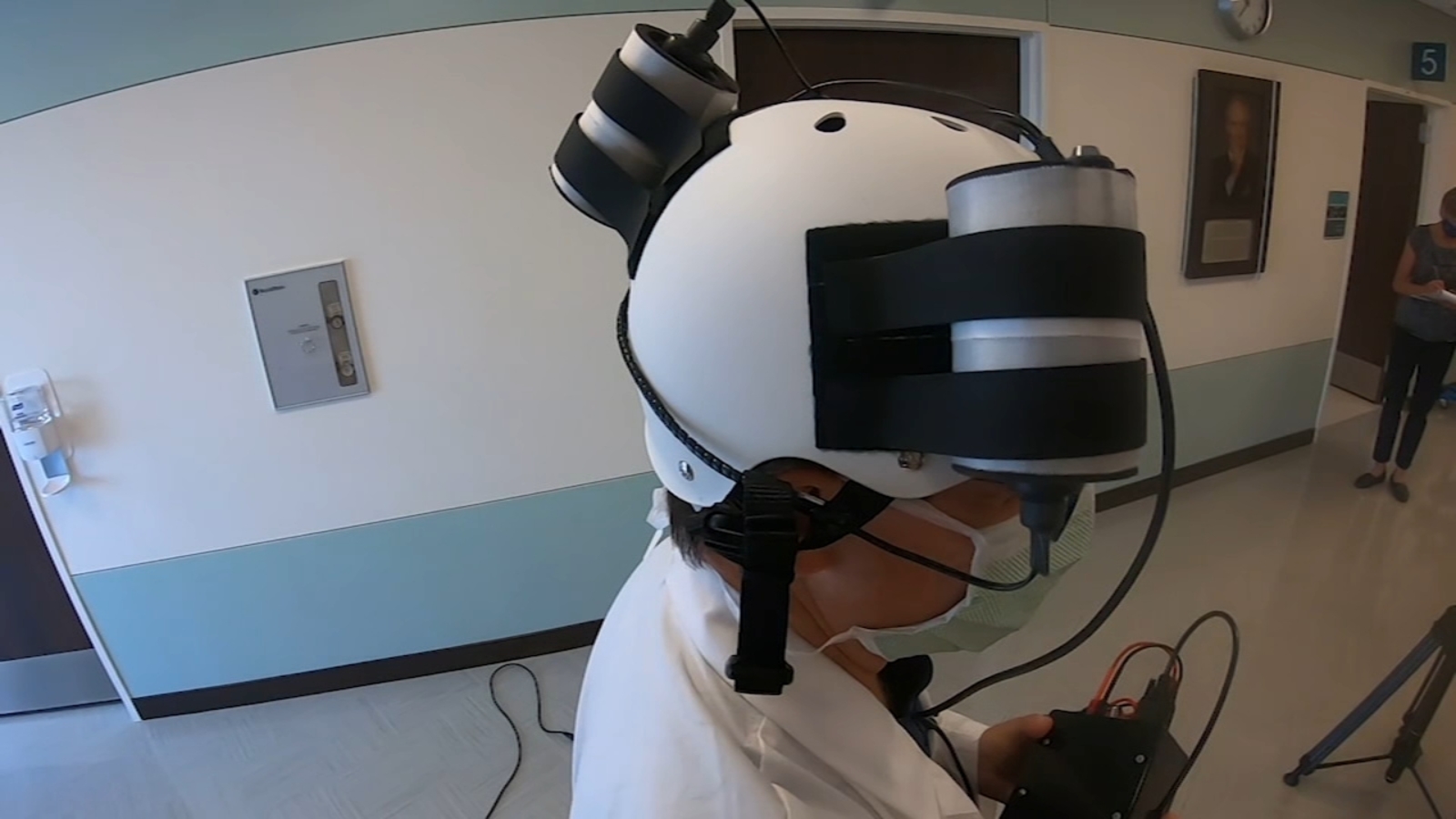 HOUSTON, Texas (KTRK) — In the heart of the Texas Medical Center, inside Houston Methodist, Dr. David Baskin and his team formulated a theory after noticing how cancer cells behaved compared to our normal cells. They posed the question, is it possible that magnetic energy may be used to kill cancerous cells?

“I’ve been researching glioblastoma for years, trying lots of different things,” Baskin said. “When this idea came, I needed expertise.”

At the time, Dr. Santosh Helekar was involved in magnetic therapy research to stimulate the brain, so when Baskin presented the idea to him, Helekar quickly shifted his research and joined the team.

“The shocking part was that it worked so well because so many research projects seem like good ideas, but then they don’t work. This one actually works,” said Baskin.

They moved forward from the research bench to the “oncomagnetic” helmet. It’s a word they made up for a device that seems to be showing promise.

“You just put it on your head. That’s it,” Baskin explained. “It works through your hair.”

The device is very comfortable, and the best part is it’s portable, meaning patients can take it home, turn it on, and undergo treatment in the comfort of their home.

Thanks to the FDA program Expanded Access, the doctors have been able to try this non-invasive magnetic stimulation device. At the moment, though, they can only experiment on patients at the end-stage of cancer and have no other options.

“You can see this nasty tumor occupying one-third or more of her brain,” Baskin said as he showed ABC13 MRI images of a patient. “This is an image that shows it’s even worse. It shows how the fingers go even further.”

The MRIs were that of a 79 -year-old woman who underwent treatment with the helmet.

“She put the magnets on six hours a day, and here we are about two weeks later, and I don’t think you need to be a rocket scientist to see the difference. All this has shrunken down the brain, and that’s only two weeks,” Baskin said.

Unfortunately, that patient died from other complications, but Baskin and his team said they had never seen anything work this well.

“I would say with all sincerity that this is an incredible glimmer of hope for people with glioblastoma,” Baskin said. “But, of course, we need more patients and more time to be sure.”

Their latest patient is 28 years old, and she just started using the magnetic helmet.

“It’s a little time-consuming for sure. I have to do it every day, even on the weekends for six hours,” Stephany Gonzalez said.

Baskin said she’s a wonderful patient with a hopeful spirit. He said she’s a trailblazer because, at the moment, she is the first person in the world with her type of tumor to be undergoing this magnetic treatment.

“It does get to the heart, and I get a little bit emotional and personal, but I always tell myself that it could be worse. There’s other people that are going through much worse things than I am,” Gonzalez said.

For the next few months, Gonzalez will take it one day at a time, undergoing the magnetic treatment and going to Houston Methodist for MRI scans every two weeks. She said the rest is up to God.

“I’m just grateful for that. They gave me this alternative instead of a chemo pill,” she said.

As for the doctors, Helekar said they are ready for a clinical trial.

“I have been doing this for over 35 years. We’ve had all kinds of clinical trials. We’ve seen little bits of successes here and there. I’ve never seen anything this powerful,” Baskin said.

They are cautiously optimistic and now need to raise millions of dollars in order to move on to a full clinical trial.