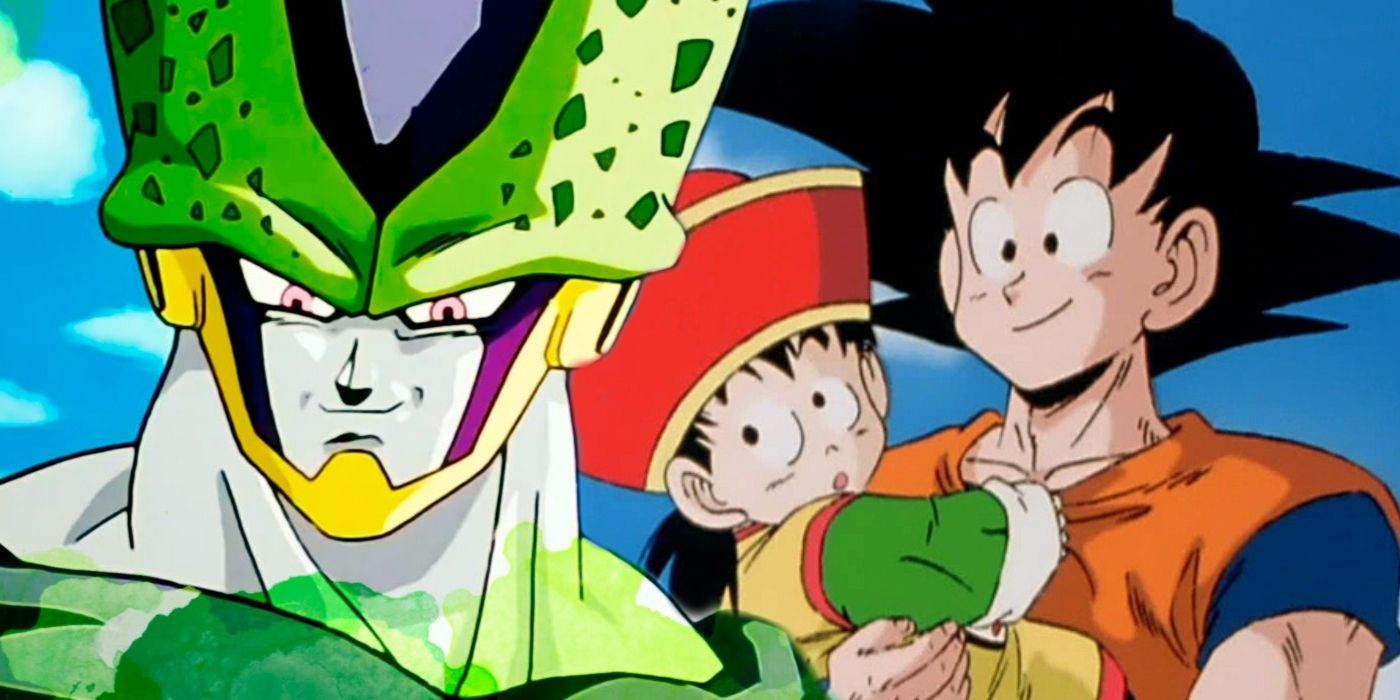 While Goku has a reputation of being the worst dad in Dragon Ball, the Cell Saga proves that he is actually a really good dad to Gohan for one reason.

While the running joke within the Dragon Ball fandom is that Goku is a terrible father, the Cell Saga actually proves the opposite is true.

Goku was introduced in the first chapter of Dragon Ball as a kid who wanted nothing more in life than a good meal and the chance to improve his martial arts skills and grow in power. This seemingly remained true when Goku grew up and had his first son, Gohan, as he opted to remain in the afterlife a full year following Goku’s death while fighting Raditz, despite the option to return to Earth almost immediately. Goku did this to train with King Kai to become strong enough to fight the Saiyans–Nappa and Vegeta–and save the world, so his decision made sense, it was just a decision made by a man who was more warrior than father. However, while Goku was happy to train away from Gohan during the Saiyan Saga and increase his own level of power without considering the power level of his son, that is something he made up for in the Cell Saga.

In Dragon Ball chapter 377 by Akira Toriyama, Goku and Gohan enter the Hyperbolic Time Chamber together, using the mystical room to train for the equivalent of one year in a single day. Meanwhile, Vegeta and Trunks (who had just left the chamber themselves) were facing off against Cell who had just absorbed Android 17 to become even more powerful than he was before. While Vegeta proved himself strong enough to defeat Cell in his current form, he later gives Cell the opportunity to increase his power even more by giving him the go-ahead to absorb Android 18. Vegeta’s hubris created a nearly unstoppable villain, so it suddenly became even more imperative for Goku and Gohan to increase their power exponentially.

Goku Cares About Gohan’s Power More than His Own

While training together in the Time Chamber, Goku is determined to help Gohan become a Super Saiyan just as Goku had done while fighting Frieza on Planet Namek. Not only does Goku want his son to grow in strength, but he also wants Gohan to become more powerful than him. Goku’s wish is for Gohan to surpass him, and the Cell Saga is showing that he is willing to put in the effort with his son to make that happen.

Every father should want their children to have what they didn’t and to be better than they ever were. Originally, it seemed like Goku couldn’t care less about Gohan. Trapped under the tutelage of Piccolo for a year? No problem. Nearly getting killed by Frieza and his goons with only the villainous Vegeta there to save him? Sounds good. Honestly, one cannot blame some fans for thinking that Goku is a pretty terrible dad when looking at these examples. However, by fully committing to bringing out the best within his son all while wishing for him to be better than himself, Goku shows that he’s actually a good dad, it just took Dragon Ball’s Cell Saga to prove it.