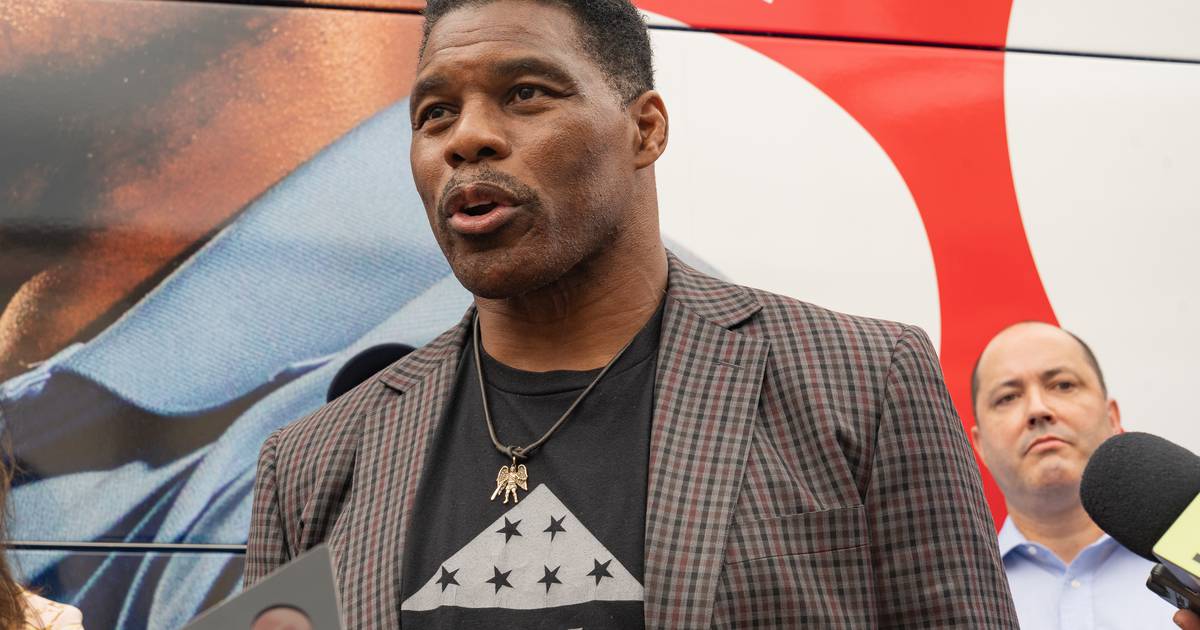 Georgia Republican Senate nominee Herschel Walker is adamantly denying a report that he paid for a girlfriend to have an abortion in 2009, but his own son calls the retired football star-turned-politician a serial liar and hypocrite.

The former New York Giants and University of Georgia running back denied the explosive abortion report in the Daily Beast news site, calling it “the latest Democrat attack.”

“This is a flat out lie,” Walker said in a statement, adding that he plans to sue. “I deny it in the strongest terms possible.”

As a candidate, Walker has characterized abortion as “a woman killing her baby” and has played up his opposition to the procedure in the wake of the Supreme Court ruling earlier this year stripping a woman’s constitutional right to access abortion services

The former girlfriend, who was not named by the publication, offered proof, showing her $575 payment for the procedure, along with a get-well card from Walker and her bank deposit records showing the image of a $700 personal check from Walker dated five days after the abortion receipt.

The tawdry story got even uglier when Walker’s son accused his dad of being a serial liar.

“I would really appreciate if my father Herschel Walker stopped lying and making a mockery of us,” tweeted Christian Walker, a conservative gay activist and social media influencer.

“How DARE YOU LIE and act as though you’re some ‘moral, Christian, upright man,’” Christian Walker added. “You’ve lived a life of DESTROYING other peoples lives.”

The beleaguered candidate appeared on Sean Hannity’s program on Fox News on Monday evening, where Walker was asked if he recalled sending a $700 check to a girlfriend.

“Well, I sent money to a lot of people,” he said. “I give money to people all the time because I’m always helping people. I believe in being generous. God has blessed me. I want to bless others.”

.Walker and Democratic Sen. Raphael Warnock are engaged in a tight contest that is key to the balance of power in the U.S. Senate. The chamber is now divided 50-50, with Vice President Kamala Harris holding the tie-breaking vote to give Democrats control. Warnock won the seat in a special election runoff on Jan. 5, 2021, prevailing by 2 percentage points over then-Sen. Kelly Loeffler, a Republican.

The abortion report is just the latest scandal to rock Walker’s campaign.

Before running for office, Walker only ever acknowledged one child, Christian. A professed advocate for responsible parenting, he admitted fathering three other love children only after reporters dug up proof that he was their father.

Walker has also admitted threatening his ex-wife. She accused him of putting a gun to her head and threatening to kill her.

During the Republican Senate primary, he openly backed a national ban on abortions with no exceptions for cases involving rape, incest or a woman’s health being at risk — particularly notable at a time when the 1973 Roe v. Wade Supreme Court precedent has been overturned and Democrats in Congress have been discussing codifying abortion rights into federal law.

“I’m for life,” Walker has said repeatedly as he campaigns. When asked about whether he’d allow for any exceptions, he has said there are “no excuses” for the procedure.