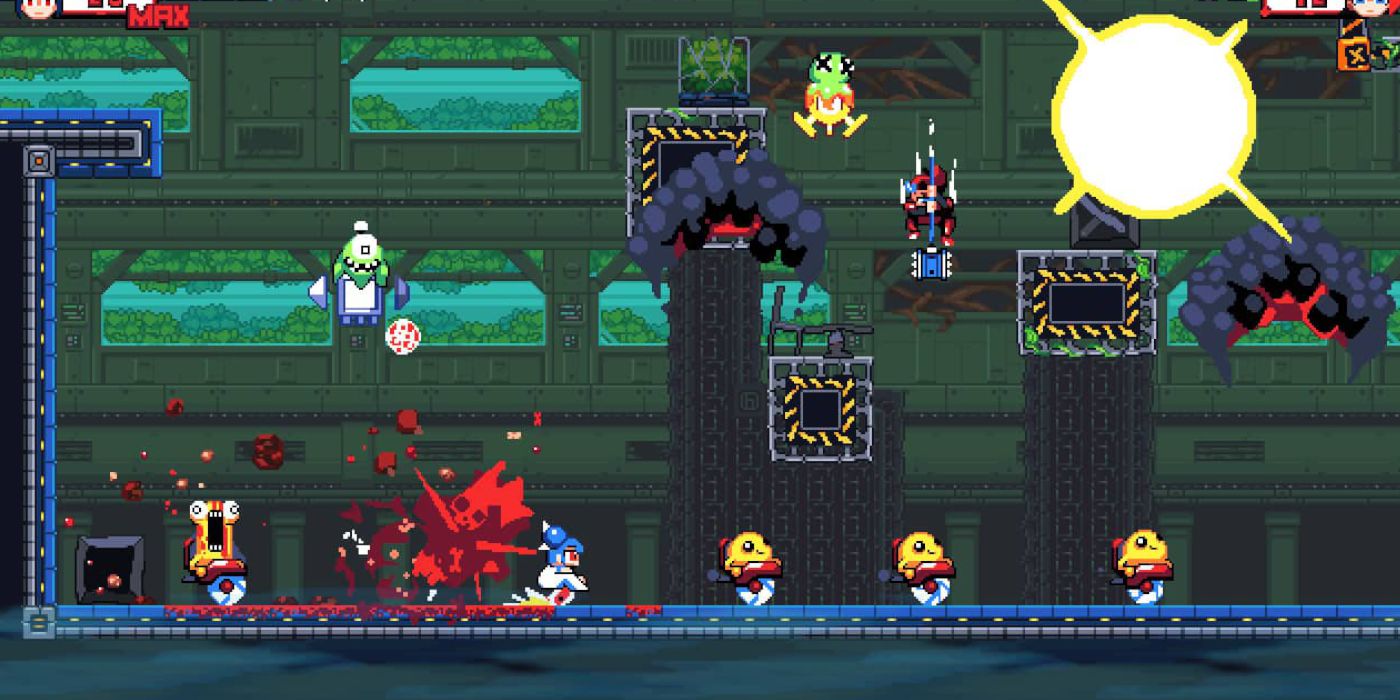 The Black Hole in Chenso Club sucks in and eliminates aliens, giving players the rest of the stage to move around without enemies getting in the way.

The newest 2D roguelike action platformer Chenso Club brings players exciting new items, such as the Black Hole, which creates a strong gravitational pull against enemies. Additionally, Chenso Club features five feminine heroes who all possess different specialties as they attempt to save their planet from invading aliens. Defeating aliens gives these girls an incredible life source, which powers them up continuously as players continue through various stages.

Developed by Pixadome and published by Aurora Punks and Curve Games, this adorable platformer combines Super Smash Bros‘ directional attack mechanic with Vampire Survivors‘ roguelike structure. Chenso Club players will find the power of their chosen heroine to increase as they play, as does the game’s difficulty. Because the game scales over time, players need to have a strategy picked out if they intend to use the Black Hole item to aid in defeating their enemies.

Chenso Club items have strengths and weaknesses, so players must identify the Black Hole’s beneficial uses. While this item draws enemies in and deals massive amounts of damage to them, it has a longer cooldown than other items. This makes for some intricate planning by players to ensure the use of the Black Hole in this Spelunky-type game doesn’t handicap them.

Players have to avoid touching enemies, as doing so will cause the player to lose health. The Black Hole eliminates enemies affected, giving the player the rest of the stage to move around without those pesky invaders getting in the way. One strategy for using the Black Hole in Chenso Club is to toss it toward a group of aliens at a distance, therefore neutralizing them so players can focus their attack on other enemies.

Because the Black Hole item creates a black hole to draw enemies into, players should utilize characters with a high attack power versus groups of enemies. For example, Plum is a witch-like heroine in Chenso Club with a high-range broomstick that makes the use of a magical Black Hole just make sense. Plum’s wing attack, coupled with the Black Hole, makes for an effective fight against powerful aliens.

Chenso Club‘s Black Hole gives players exciting ways to fight by drawing in groups of enemies and dealing large amounts of damage to them. However, players must be prepared to destroy at least seven aliens between uses of the Black Hole, as its kill requirement during cooldown is higher than other items. Nevertheless, in Chenso Club, the Black Hole is an effective item against small aliens and bosses alike for its high damage and large AoE, which players should account for in their runs like in Spelunky 2 if they hope to advance as far as they can.