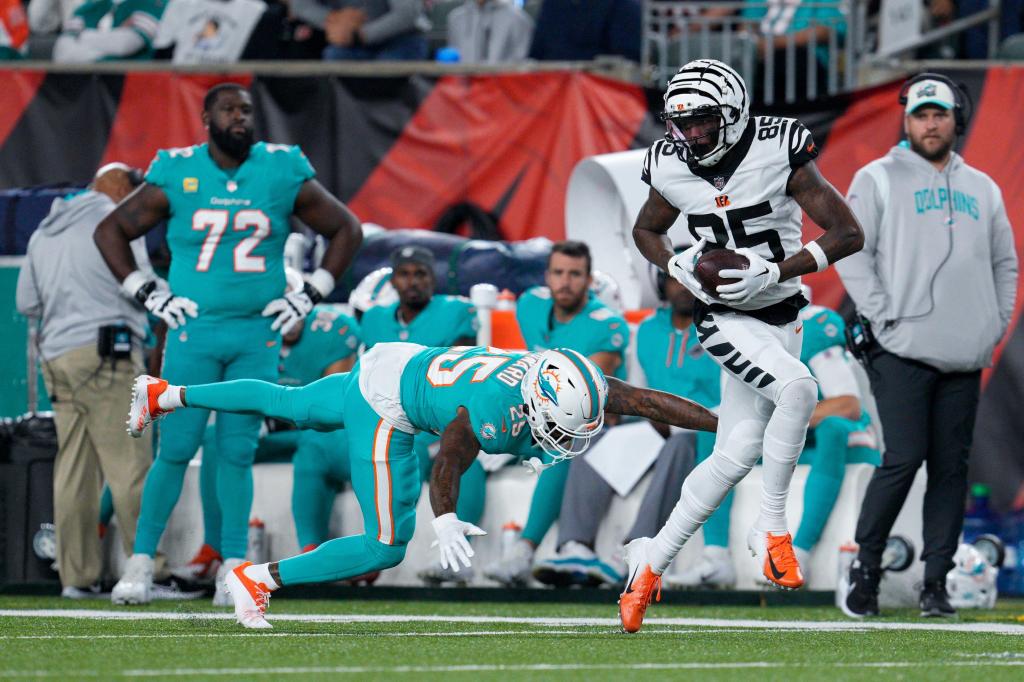 Cornerback Xavien Howard, who missed the fourth quarter of the game against the Cincinnati Bengals with a groin injury and left tackle Terron Armstead were among the Dolphins not seen during the portion of Monday’s practice the media is allowed to view.

During one part of the practice cornerback Keion Crossen stopped participating in a drill and was seen by a trainer. There’s no official injury report until Wednesday but any activity in the secondary is worth watching with Howard ailing and fellow starting cornerback Byron Jones (leg) still not activated from the physically-unable-to-perform list although he’s eligible to return this week.

The Dolphins normally don’t practice on Monday because it’s the day after a game so the absences from Monday’s shortened practice are tough to decipher.

Howard might be the most concerning because his groin injury has worsened to the point he missed playing time in Thursday’s 27-15 loss at Cincinnati.

Armstead has been battling a toe injury for much of the season.

With Jones now eligible to return off the reserve/PUP list after missing the Dolphins’ first four games, coach Mike McDaniel did not have an update on Monday.

“Going to find those things out, probably midweek,” McDaniel said when asked about Jones. “A little too early for me to tell with various things going on.”

Jones missed training camp after undergoing lower left leg surgery in the offseason. At the conclusion of camp, he remained on the PUP list on roster cut-down day, meaning he had to miss the Dolphins’ first four games, at a minimum.

Jones plays an important role on the defense. When he, Howard and nickel cornerback Nik Needham are all healthy and effective, the Dolphins are able to have them play man coverage, freeing up available blitzers in defensive coordinator Josh Boyer’s aggressive scheme.

This story will be updated.