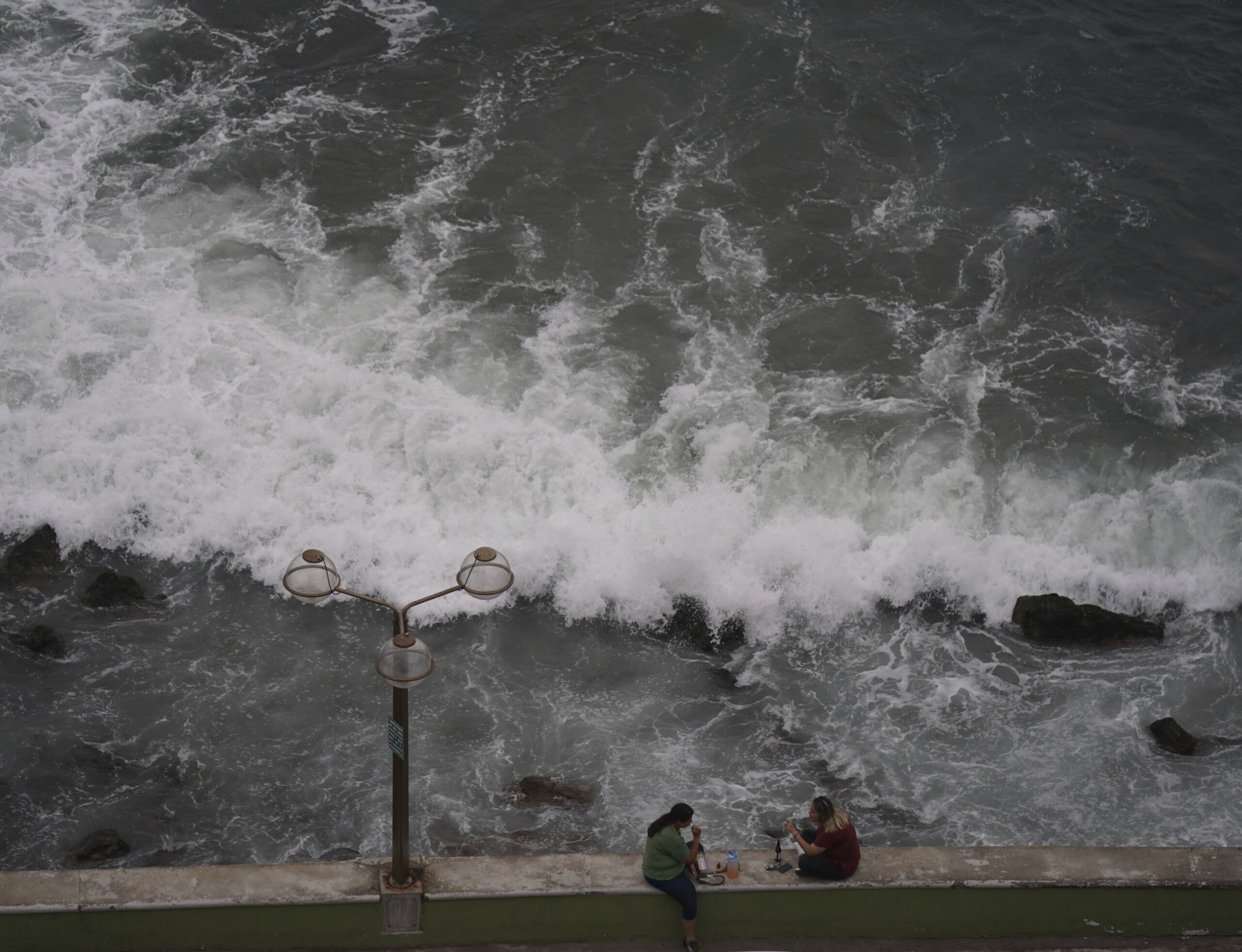 Hurricane Orlene swept toward landfall on Mexico’s Pacific coast near the tourist town of Mazatlan on Monday.

MAZATLAN, Mexico (AP) — Hurricane Orlene made landfall on Mexico’s Pacific coast near the tourist town of Mazatlan on Monday before quickly weakening over land into a tropical depression over land.

Electrical cables swayed and sent off showers of sparks in the town of El Rosario, about 40 miles (65 kilometers) south of Mazatlan, close to where the hurricane hit.

Authorities did not immediately report any damage, but along the coast they suspended classes, closed seaports and set up shelters.

Orlene lost some strength after roaring over the Islas Maria, a former prison colony being developed as a tourist draw. The main island is sparsely populated, mainly by government employees, and most buildings there are made of brick or concrete.

The hurricane’s winds, once at Category 4 force, had slipped back to 85 mph mph (140 kph) as it hit land about 45 miles (75 kilometers) southeast of Mazatlan Monday morning, according to the U.S. National Hurricane Center.

By midday, Orlene had weakened to a tropical storm with maximum sustained winds of 35 mph (55 kph) and was moving north-northeast at 10 mph (17 kph). The storm was 70 miles (110 kilometers) east-northeast of Mazatlan.

The government of Jalisco state, where Puerto Vallarta is located, suspended classes Monday in towns and cities along the coast.

In Sinaloa, where Mazatlan is located, some emergency shelters were opened.

Orlene could bring flood-inducing rainfall of up to 10 inches (25 centimeters) in some places, as well as coastal flooding and dangerous surf.