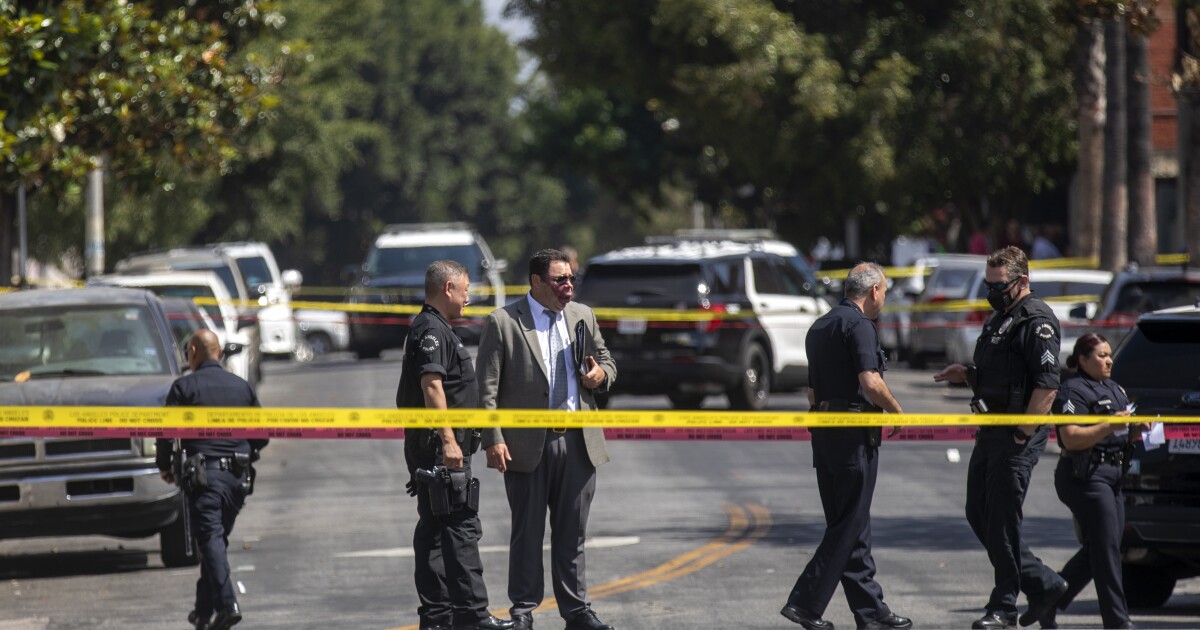 The taking pictures used to be reported round 8:15 a.m. within the 700 block of South Berendo Boulevard.

Officials with the Los Angeles Police Division had been responding to stories of an attack with a perilous weapon and a person with a gun.

The taking pictures came about in a while after officials arrived, officers mentioned. The person, estimated to be between 30 and 35 years previous, used to be pronounced lifeless on the scene.

LAPD officers didn’t say what preceded the taking pictures or what number of officials fired their guns.

The incident is the twentieth Los Angeles police taking pictures reported up to now this 12 months.