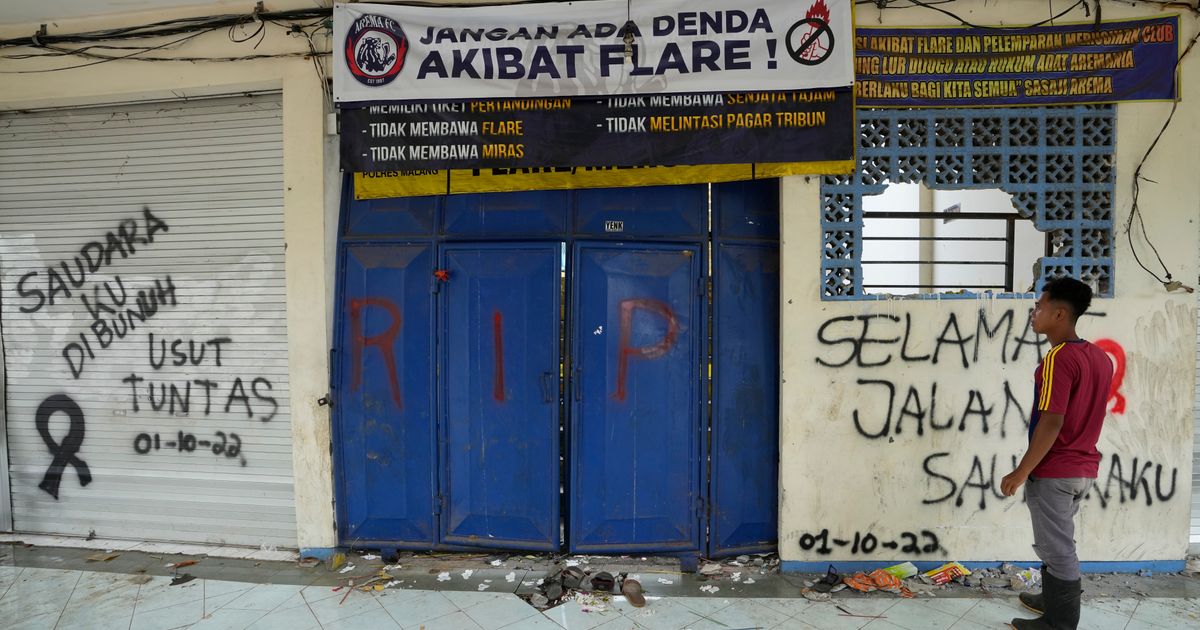 The gates of the soccer stadium where the police fired tear gas and a fatal incident erupted were too small to accommodate only two people at a time when hundreds were trying to flee, the Indonesian police said, on Tuesday.

Pictures from the Malang stadium, where 125 people were killed and hundreds injured on Saturday night in one of the sport’s worst disasters, showed four connected doors forming a single gate.

Police said the investigation focused on six of the 14 gates where most onlookers died in the stampede.

Police spokesman Didi Prasetyo said the lock had been unlocked but they were only able to accommodate two people.

“For those six gates, it wasn’t closed but it was very small. It held two people but hundreds came out. There was a crush there,” Prasetyo told reporters.

He added that the gates were the responsibility of the organizers.

On Monday, the police announced that they had dismissed a police chief, nine elite officers and 18 others under investigation to determine responsibility for the firing of tear gas inside the stadium.

The match, which was held in Malang, East Java, was attended by only fans of Arima FC, her hometown. The organizer had banned supporters of the visiting team, Persibaya Surabaya, due to Indonesia’s history of violent football competitions.

Witnesses said some of Arima’s 42,000 fans ran onto the pitch in anger after the team’s 3-2 defeat, their first home loss to Persiebaya in 23 years. Some of them threw bottles and other objects at players and football officials. At least five police cars were shot down and set ablaze outside the stadium.

Most of the deaths occurred when riot police, in an attempt to stop the violence, fired tear gas, including into the stands, which led to a catastrophic rush of fans causing escape and chaos from the exits. Most of the 125 people who died were run over or suffocated. Among the victims were two police officers.