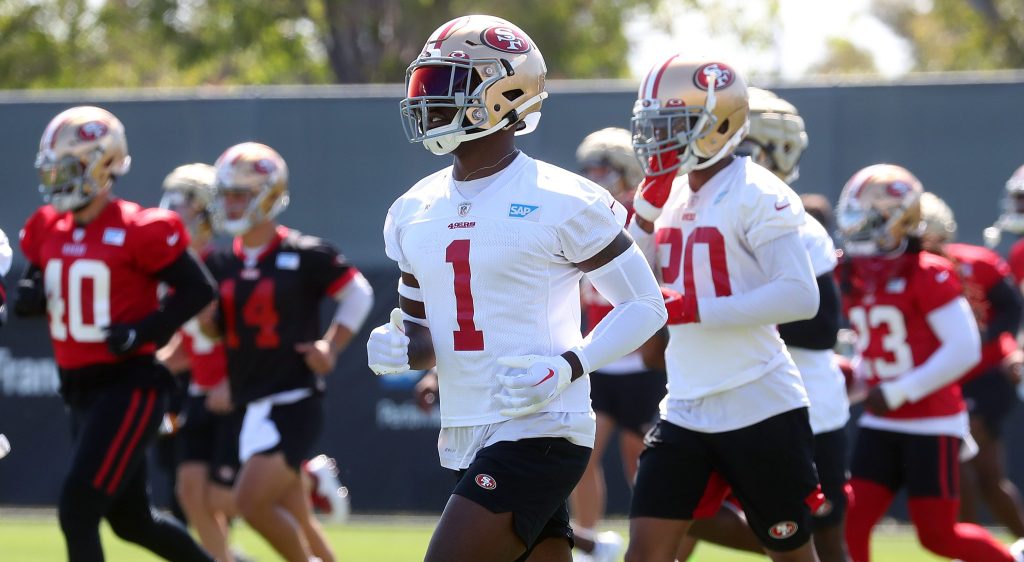 Jimmie Ward’s season debut was short-lived as he was ruled out with a hand injury before the end of the first quarter.

After starting the season on injured reserve with a hamstring injury, Ward came on the first snap as a hybrid linebacker, not at his usual safety position. Tashaun Gipson Sr. and Talanoa Hufanga remain the starters.

On that initial snap, Ward ran untouched down the right sideline, then got his left hand seemingly caught in the middle of Pat Elflein’s block of Kevin Givens as Christian McCaffrey ran up the middle for a 9-yard gain.

Ward was replaced by nickel back Deommodore Lenoir and would not return to the field on the drive — and, at the end of the next series, was ruled out for the game. Ward returned to the 49ers sideline midway through the second quarter in street clothes, but without any cast or wrap on his left hand.

It’s sure to be a disappointment for Ward, who was a captain for the red and gold in his return to action and has played in 43 of 49 regular-season games over the past three years entering 2022 .Players are eligible to exit short term. injured reserve twice in a season, in case Ward’s hand injury sends him out. He missed the first 4 games on IR due to the hamstring strain on August 14th.

The 49ers are currently leading the Panthers 10-3 midway through the second quarter.

Check back for more updates as the game progresses.