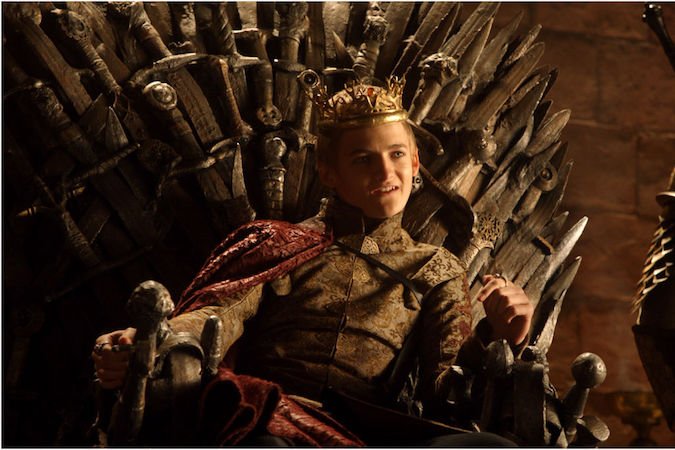 Did Joffrey Baratheon, one of the most detestable characters on Game of Thrones, spoil House of the Dragons years before the prequel even aired? It sure seems like something he would do — and it sure looks like he certainly did.

Warning: Spoilers follow. (See how easy that was, Joffrey?) Way back on Game of Thrones Season 3, Episode 4, which aired in 2013, Joffrey Baratheon gave his betrothed, Margaery Tyrell (Natalie Dormer), a tour. Giddy because he’s about to marry well out of his league — or because he’s a sociopath — he points Margaery toward the crypts and snorts, “Rhaenyra Targaryen was murdered by her brother, or rather his dragon. It ate her while her son watched. What’s left of her is buried in the crypts right down there.”

Also Read: 4 Crucial Changes From Game of Thrones to House of the Dragon

Perhaps Joffrey — have we mentioned we don’t like him? — is an unreliable narrator who got the story wrong. After all, the Rhaenyra Targaryen we saw in the first five episodes of House of the Dragon, as played by Milly Alcock, didn’t have a living brother (at least, not for long). But alas: By Episode 6 of House of the Dragon, the older Rhaenyra, now played by Emma D’Arcy, has two half-brothers, Aegon and Aemond. And it’s true, Aegon seems like the feed-his-sister-to-a-dragon type. He’s a little Joffrey-like, honestly. (Though he’s not to be confused with Rhaenyra’s youngest son, who is also named Joffrey.)

Unfortunately, Joffrey (Baratheon, that is) seems to be right about Rhaenyra’s fate. Numerous other characters in the Game of Thrones universe allude to her grim demise. In Chapter 11 of Dance of Dragons, the 2011 George R.R. Martin book that provided some of the basis for Game of Thrones Season 5, Daenerys Targaryen also recalls Rhaenyra’s death by dragon.

Of course, Game of Thrones sometimes departed from Martin’s books — often to the disappointment of fans. It’s possible that House of the Dragon could find some way to get Rhaenyra out of that crypt. But would we even want that? If Game of Thrones taught us anything, it’s that our favorite characters can quickly become our least favorite, and vice versa.

Except Joffrey. He was always the worst.