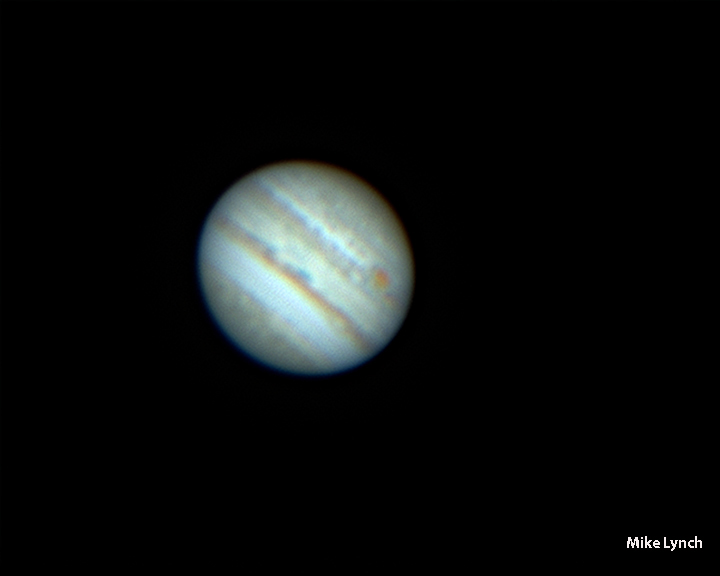 Have you seen this super bright star pop up in the low southeastern sky during the evening twilight? It’s not a star, but rather the big man of our solar system, the planet Jupiter. The 88,000-mile-wide planet, named after the king of the gods in Roman mythology, is visible all night right now and is at its closest approach to Earth for 2022. This week, Jupiter is just over 372 million miles from Earth. The bigger picture is that Earth and Jupiter are much closer together than average in their respective orbits around the sun.

In late September, Jupiter reached what astronomers call opposition, when it was only about 367 million miles away. In fact, it was the closest to Earth since 1951! It’s called an opposition because Jupiter and the sun are at opposite ends of the sky, just like a full moon. Earth is located between the sun and Jupiter as you can see in the diagram. Because they are at opposite ends of our celestial dome, Jupiter rises at sunset and sets at sunrise. The Jovian giant roams the sky all night!

Earth and Jupiter come into opposition every 399 days, or roughly every 13 months. That’s because it takes Earth just over 365 days to make one complete revolution around the sun, while Jupiter takes 12 years to make its much larger solar circle. So, in the one year it takes Earth to orbit the sun, Jupiter has only made one 12th of the way around our home star. Earth takes another month to “catch up” with Jupiter and again align with it and the sun.

If you have super eagle eyes, there are times when Jupiter looks like it has little appendages on either side. These are the moons of Jupiter. There’s no way to visually resolve them with the naked eye, but a small pair of binoculars or a telescope will reveal up to four of Jupiter’s brightest moons. They look like small stars on either side of the great planet. I’ll have much more on Jupiter’s moons and how to deal with them in an upcoming Skywatch column.

Even with a small telescope, you can easily see Jupiter’s moons, and you can also clearly make out the planet’s disk and some of its cloud bands and areas that outline the big man of the Solar System. Jupiter is mostly a big ball of hydrogen and helium gas, but methane, ammonia, sulfur and other gases create the multi-colored cloud bands in its outer atmosphere. The two darker cloud bands on either side of Jupiter’s equator are the easiest to spot.

Storms circulate in Jupiter’s upper atmosphere, with the largest storm being the Great Red Spot. It is three times the diameter of our Earth. This giant hurricane-like storm has been raging on Jupiter for hundreds of years. Despite its nickname, the Great Red Spot is not so much red as a pale pink. Unless you have a moderate to large telescope and a super clear, transparent sky, it’s hard to spot. What also makes it difficult to see is that it is not always visible due to Jupiter’s rapid rotation. Jupiter rotates on its axis in less than ten hours. Half the time the Red Spot is facing away from our direction.

A really handy app to see if the red spot is facing us is simply called “Jupiter’s Moons”.

When looking at Jupiter with a telescope, the key word is patience. Most importantly, wait until Jupiter is high enough above the horizon that you don’t have to look through so much of Earth’s hazy atmosphere to see it. Jupiter should be high enough for decent telescope viewing around 9:00 PM. It is also good practice to take long, continuous views through the eyepiece when your telescope is at one of the planets. Not only will this give your eyes a chance to adjust to the light level in the eyepiece, but you’ll also have a better chance of capturing quiet, less turbulent stretches of cleaner air passing through Earth’s atmosphere.

Get used to seeing the king of the planets in our night sky as he will be visible in the evening until next year.

Celestial event this week: On Friday evening, October 14, shortly after 9:00 p.m., the waning moon will be in the upper left corner of Mars.

Even to the naked eye, Mars will have a reddish hue. On Friday night, Mars will be 65 million miles away, but it will be getting closer and closer to Earth.

Mike Lynch is an amateur astronomer and retired broadcast meteorologist for WCCO radio in the Minneapolis/St. gender He is the author of Stars: A Month-by-Month Tour of the Constellations, published by Adventure Publications and available in bookstores and adventurepublications.net. Mike is available for private star parties. You can contact him at mikewlynch@comcast.net.