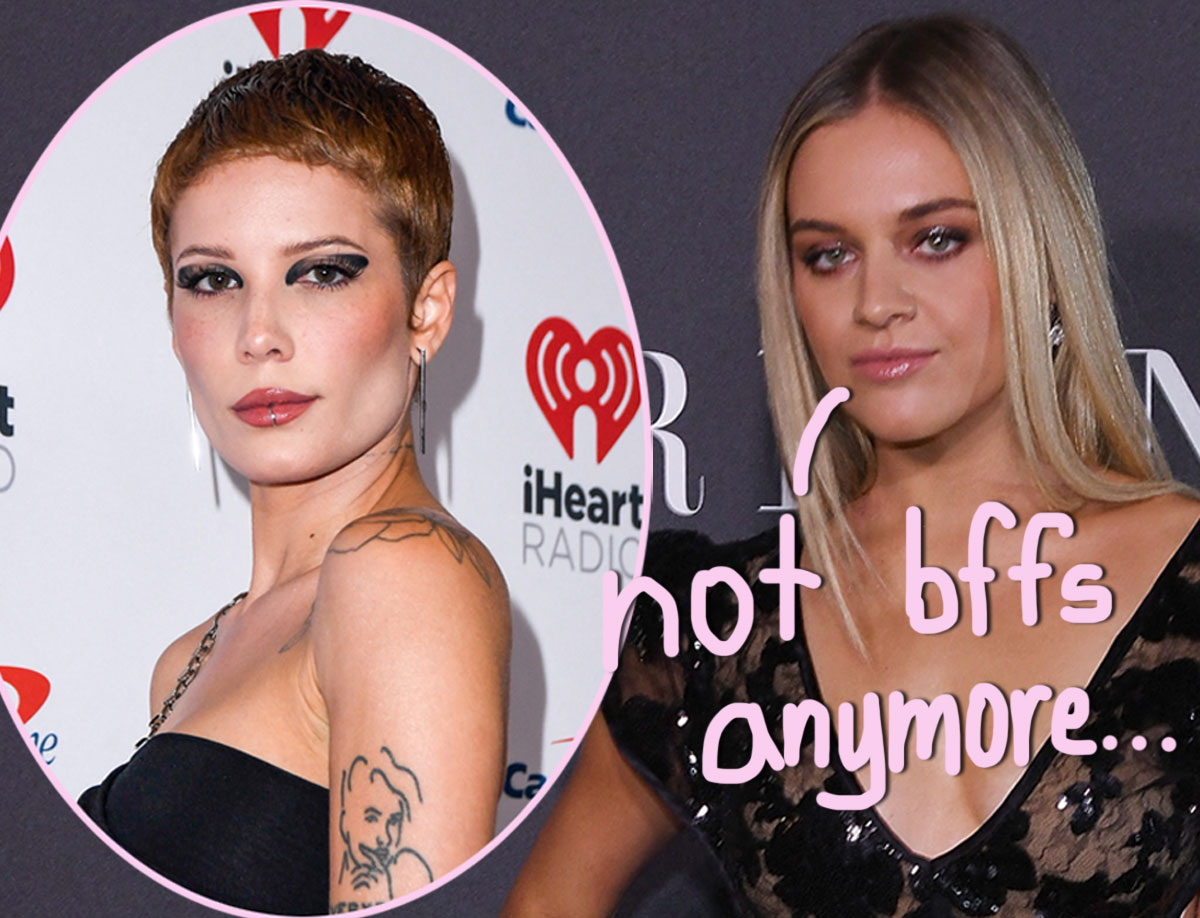 ICYMI, Kelsea dropped her new album Subject To Change at the end of last month. Track 13 on the album quickly caught eagle-eyed fans’ attention, though, as the song titled Doin’ My Best referenced the end of a friendship “with a pop star.” In the song, she sings:

“I was friends with a pop star / I put ’em on track four, but / Wish I could take it back, I woulda never asked / If I knew we wouldn’t talk anymore.”

Yeah, wow. You can listen to the entire song (below):

Internet sleuths instantly speculated the song was referencing Halsey because the 27-year-old was featured in Kelsea’s song The Other Girl in 2020 — the fourth track on her self-titled album. The pair even performed together, previewing the collab for an CMT Crossroads episode in 2019. A year later, they hit the stage again for a Coyote Ugly-themed performance of the track at the CMT Music Awards. So yeah, it’s pretty obvious who the Half of my Hometown singer was referencing…

Without giving away too many details however, Ballerini spoke about the track on September 15 ahead of the album’s release. She told Audacy’s Rob + Holly Show the song wasn’t meant to be shady — although the lyrics do sound a bit shady to us!

“The intention behind that lyric—because I do feel like I do have to say this—it is not meant to be a shady lyric. The whole idea of that song—just because that song is going to be one that people talk about and I know that—it’s the idea of taking ownership of my cringe. I wanted to acknowledge all of the things that people have watched happen in my life and just go, ‘Yep. Here’s the messiness. I’m owning it, I’m doing my best.’”

Well, it seems like she’s continuing to take ownership and acknowledge the messiness! On Monday’s episode of CBS Mornings, the 29-year-old reiterated she means no harm with her song — and clarifies it’s definitely NOT a “diss track”:

“It’s not a diss track and I feel like I need to specify that. Sometimes when you mix friendship and career, and work, I guess it gets weird and I essentially lost a friend.”

Trying to juggle a career, a divorce, and a messy end to a friendship does seem like a lot! The Miss Me More singer also says she still has a lot of “respect” for her ex-friend — still without naming names:

“I wildly respect the person that I had that song with and had that friendship with and I want nothing but the best.”

At least Kelsea is being civil, even if she is very much using the past tense to describe their friendship — tense being the operative word! How does Halsey feel? Well, the So Good singer hasn’t come out with a response since all of this started going down…

What do U think about this falling out, Perezcious readers? Sound OFF in the comments (below)!