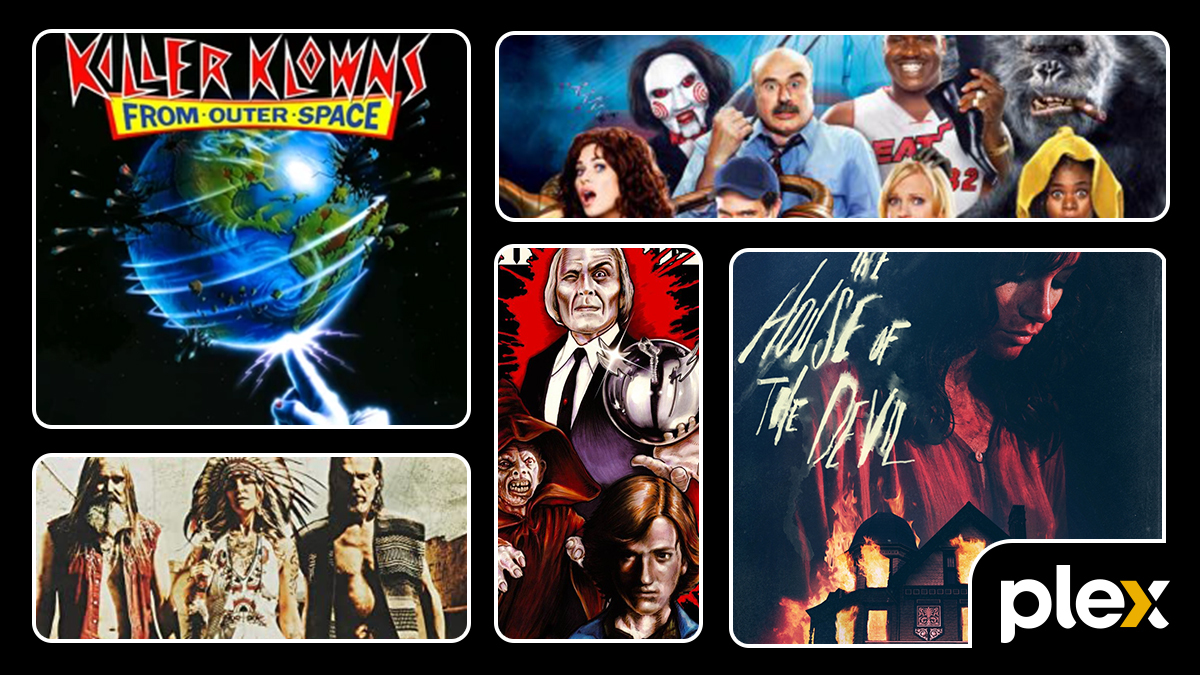 The conclusion of Rob Zombie’s Firefly trilogy, 3 From Hell takes place 10 years after the events of The Devil’s Rejects, with Otis, Baby Firefly, and Captain Spaulding in prison. However, Otis’ half-brother attempts to break the trio out of prison, causing all kinds of chaos and one hell of a body count. The film still has the sleazy ‘70s C-movie vibe that the preceding films had, but Zombie is more confident than ever in the director’s chair. If you didn’t enjoy the bloody exploits of the Firefly clan before, nothing here will likely change your mind, but if you found the previous entries entertaining, then Zombie has one more gloriously deranged thrill ride left for you.

Watch 3 From Hell on Plex here!

Look, sometimes you want to watch smart, finely crafted horror movies from respected auteurs, and other times you just want to watch cheesy little cheapies that make you laugh just as much as they make you squirm. Goofy, fun, and deliriously gory, Killer Klowns from Outer Space is a B-horror classic. We’d tell you the plot, but it’s all right there in the title. Some may call it tacky, but we believe all of the circus-themed horror touches are inspired and the savvy, low-budget filmmaking is more than admirable. While it won’t be everyone’s cup of tea, Killer Klowns from Outer Space is beloved enough that its getting the horror video game treatment almost 35 years after its original release, proving its enduring appeal.

The House of the Devil

Ti West is currently enjoying a moment with X and its follow-up Pearl being the surprise horror hits of 2022, but the director first received widespread acclaim with his effective thriller The House of the Devil. The film painstakingly pays homage to horror films of the ‘70s and ‘80s, using filming techniques of that era to give the film a grimy, 16mm aesthetic. The House of the Devil follows a broke college student who takes a babysitting job at a remote home only for something sinister and evil to occur. The movie uses the “satanic panic” of the 1980s as a plot point and is an expert example of slow-burning dread that builds into a memorable, frenetic conclusion.

Watch The House of the Devil on Plex here!