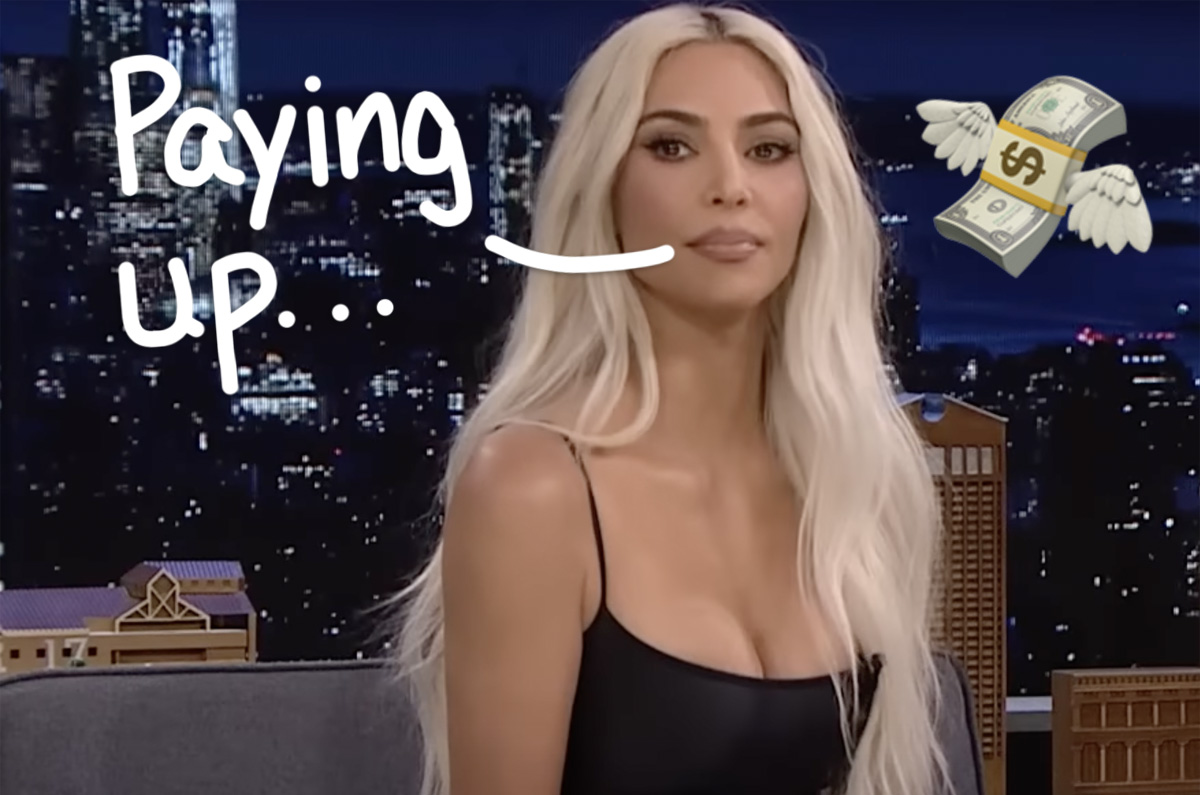 Kim Kardashian may be a lawyer(ish), but she lost this legal battle!

The 41-year-old reality TV star got busted by the feds this week after improperly pushing a cryptocurrency product on her Instagram account! And she had to pay up BIG to settle the issue once and for all!!

On Monday morning, the Securities and Exchange Commission announced they have settled a case with the Kardashians star over a charge that she failed to disclose a payment she received for promoting a crypto product.

The issue at hand was Kim taking money from EthereumMax in exchange for promoting the company’s EMAX crypto token on her Instagram page. The SEC charged she did not disclose her payment deal with fans and investors by revealing that last year’s Insta promotion in question was spon-con. Thus, they alleged she personally benefitted financially from propping up the crypto token and didn’t disclose her endorsement — a big no-no for the SEC and a direct violation of the Securities Act.

She wasn’t the only celeb caught up in this mess, either. Former NBA star Paul Pierce and longtime boxing legend Floyd Mayweather Jr. were also sued by investors earlier this year for their allegedly shady promotional posts surrounding EthereumMax last year. For Kim, the issue stemmed from a post she made on her popular IG account last June, in which she wrote:

“ARE YOU INTO CRYPTO??? THIS IS NOT FINANCIAL ADVICE BUT SHARING WHAT MY FRIENDS JUST TOLD ME ABOUT THE ETHEREUM MAX TOKEN.”

Yeah, the SEC didn’t like that “sharing what my friends just told me” stuff one bit, since she didn’t disclose how she was allegedly paid to promote the product! The SEC’s investigation found she was paid $250,000 by EthereumMax to pump their EMAX token. But the United States’ long-standing Securities Act requires those getting paid to promote securities to share disclosures about the promos — which Kim didn’t do.

So on Monday, Kim chose to settle, and get it all behind her. According to a release from the SEC, the SKIMS mogul agreed to pay a fine of $1.26 million to the government for her sketchy promotional deeds. That’s the $250,000 she made from promoting the token, along with interest, and another $1 million in penalties. She’s also not allowed to promote any other crypto products for three years, either.

Related: Kim Backtracks On Biochemist Boyfriend Goals — She Wants To Date WHO Next?!

As part of the settlement, she officially neither admitted to or denied the SEC’s findings — but clearly, she wants it behind her. Considering the SKKN By Kim exec is worth billions, the fine is a drop in the bucket. But still, she’s at least owning her role in the shady crypto coin s**t!

Per CNBC, Gary Gensler, the chairman of the SEC, said this of Kim’s settlement in a statement:

“This case is a reminder that, when celebrities or influencers endorse investment opportunities, including crypto asset securities, it doesn’t mean that those investment products are right for all investors.”

The regulator’s statement went on:

“Kardashian fully cooperated with the SEC from the very beginning and she remains willing to do whatever she can to assist the SEC in this matter. She wanted to get this matter behind her to avoid a protracted dispute. The agreement she reached with the SEC allows her to do that so that she can move forward with her many different business pursuits.”

Were you convinced by Kim to jump in on the crypto craze?! Or nah??

[Image via The Tonight Show/YouTube]