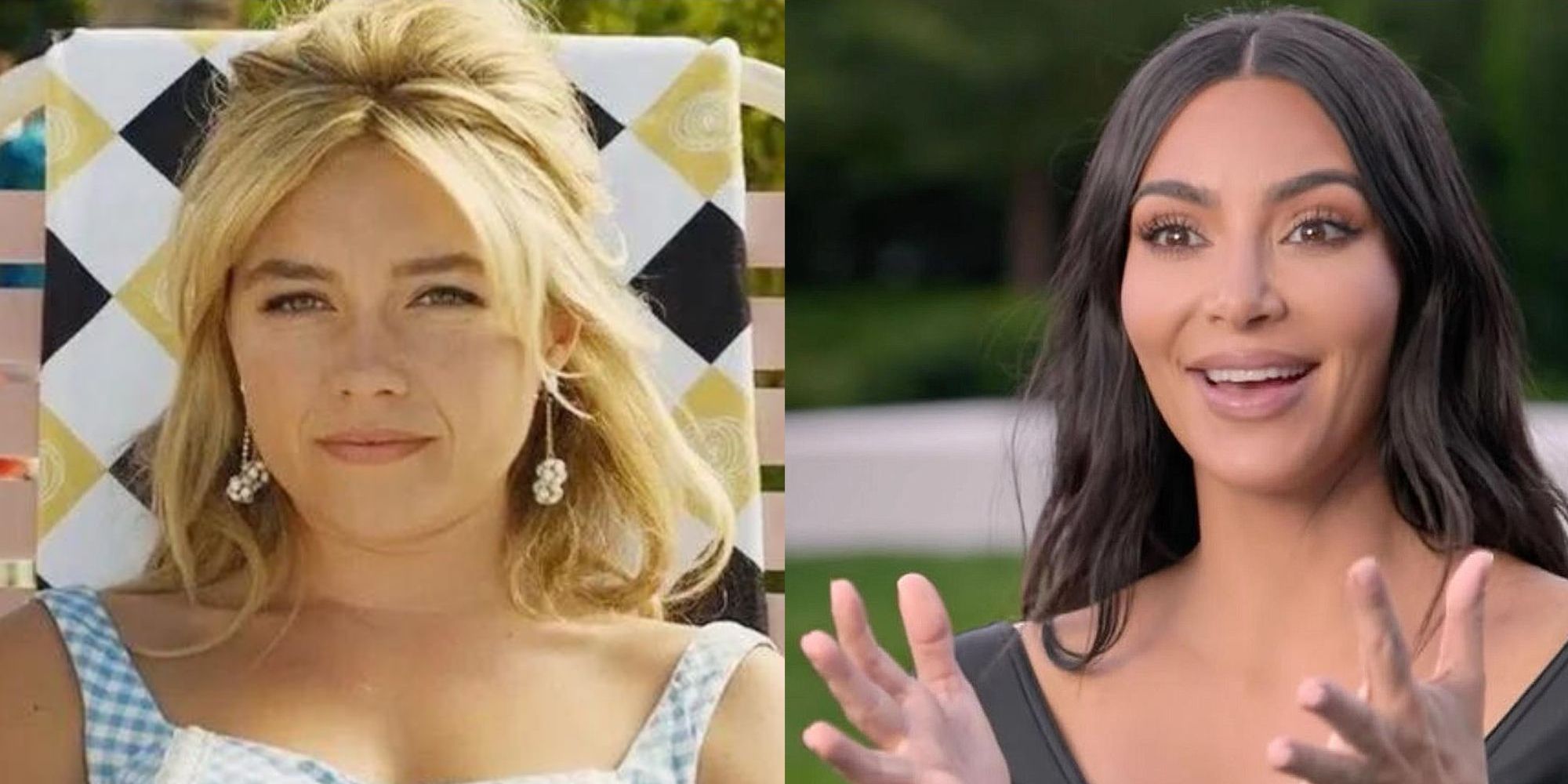 Kim Kardashian sang the praises of Don’t Worry Darling, and now The Kardashians star reportedly wants lead actress Florence Pugh to be her new best friend. Kim watched an advanced screening of the film before its theatrical release and quickly took to her Instagram story to praise the film as well as her younger sister Kendall Jenner’s ex-boyfriend’s performance. Kim said that Harry Styles was very good in the film and admitted that she’s obsessed with Florence. The film, directed by Olivia Wilde, didn’t receive much other praise, but it did stir up a lot of chatter due to rumors of drama between the cast members.

However, Kim doesn’t care much about the drama and simply wants to add Florence to her friend circle. The News reported that a source told Heat Magazine, “Kim’s been raving about Florence to everyone who’ll listen and is now on a mission to bring her into the Kardashians’ social circle.” Kim had heard wonderful things about Florence in the past, but after watching Don’t Worry Darling, the SKIMS founder can’t stop talking about Florence, allegedly praising her talent, charisma, hourglass figure, and her bone structure. Apparently, the two have some mutual friends and have attended the same events but never had the opportunity to really get to know each other.

Kim isn’t the only one in love with Florence. The actress gained a loyal fanbase when she starred in Ari Aster’s 2019 film Midsommar. However, there were many rumors that she and Olivia were not getting along on the set of Don’t Worry Darling, and Harry was caught in the middle since he plays Florence’s husband in the film but is dating Olivia in real life. No one knows the true story, but rumors continued at the Don’t Worry Darling Venice premiere when Florence sat far away from Olivia and wouldn’t even look her way. While The Stepford Wives-inspired film got everyone talking, Kim seems to like it most of all.

If there’s one thing Kim loves, it’s getting what she wants. Like the rumors that she was on a mission to get into Queen Elizabeth’s jubilee in June, when Kim wants something, she’ll stop at nothing to get it. If Florence runs into The Kardashians star somewhere in the near future, it likely won’t be a coincidence. The 26-year-old actress may just find herself at Kim’s next holiday party surrounded by her famous family and guests like Jonathan Cheban and Travis Scott.

However, the rumors could be completely false. Every day, someone is claiming to know something about the Kar-Jenner family that has not been confirmed and usually fades away without proof it was ever true. While Florence may be one of the most talked about actresses of the moment, the UK-born star isn’t much of a Marilyn Monroe or Elizabeth Taylor. When she’s not promoting a movie, she lives a more low-key life than Kim and her family are used to. If The Kardashians star really is on a mission to befriend the Don’t Worry Darling actress, it might take some convincing to get Florence to join her A-list world.

Next: Why The Kardashians Fans Are Mad About Kim’s Dolce & Gabbana Collab