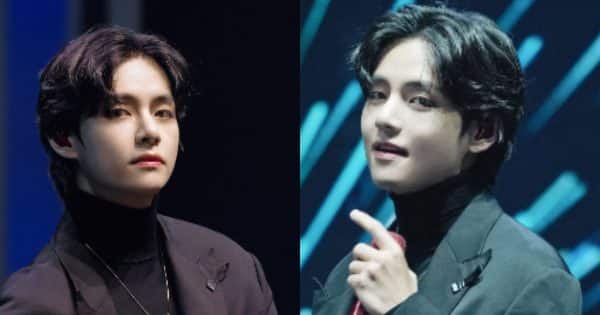 BTS had a grand outing at The Fact Music Awards 2022. They took home a couple of awards. The Bangtan Boys also performed on Yet To Come and For Youth. Fans were left emotional after Kim Namjoon aka RM said that the band will get clarity on a number of things soon. He also said that they would be forever artists for their fans. His speech where he said that he wants to meet, feel, touch and play with ARMYs has gone viral. While Namjoon aka RM made news for his speech, and Jin made a royal entry for his award. But there are some clips of Kim Taehyung that prove he is the absolute king of visuals in the K-Pop industry. Take a look at these videos… Also Read – BTS’ Kim Taehyung-Jennie dating rumours: BLINKS get restless as 15 people form a group to ‘politely’ approach the Blackpink rapper

TMA 2022 Taehyung will b talked about again n again coz he was the moment…!!!
Visuals top tier ? https://t.co/Qjpja6Dmvs

BTS vocalist Kim Taehyung has been in the news for his alleged dating news with Blackpink rapper Jennie Kim. He is busy working for his first solo album, which is going to have western R&B and jazz influences. Kim Taehyung was looking like a million bucks in that black trench coat. The handsome singer created a sensation at the Celine Fashion Week in Paris where he went as a guest. Of late, his appearances at celeb events in Korea too have grabbed notice. Also Read – BTS’ Kim Taehyung and Jennie’s dating rumours reach insane level as plans to confront latter surface; Blinks furious over privacy invasion