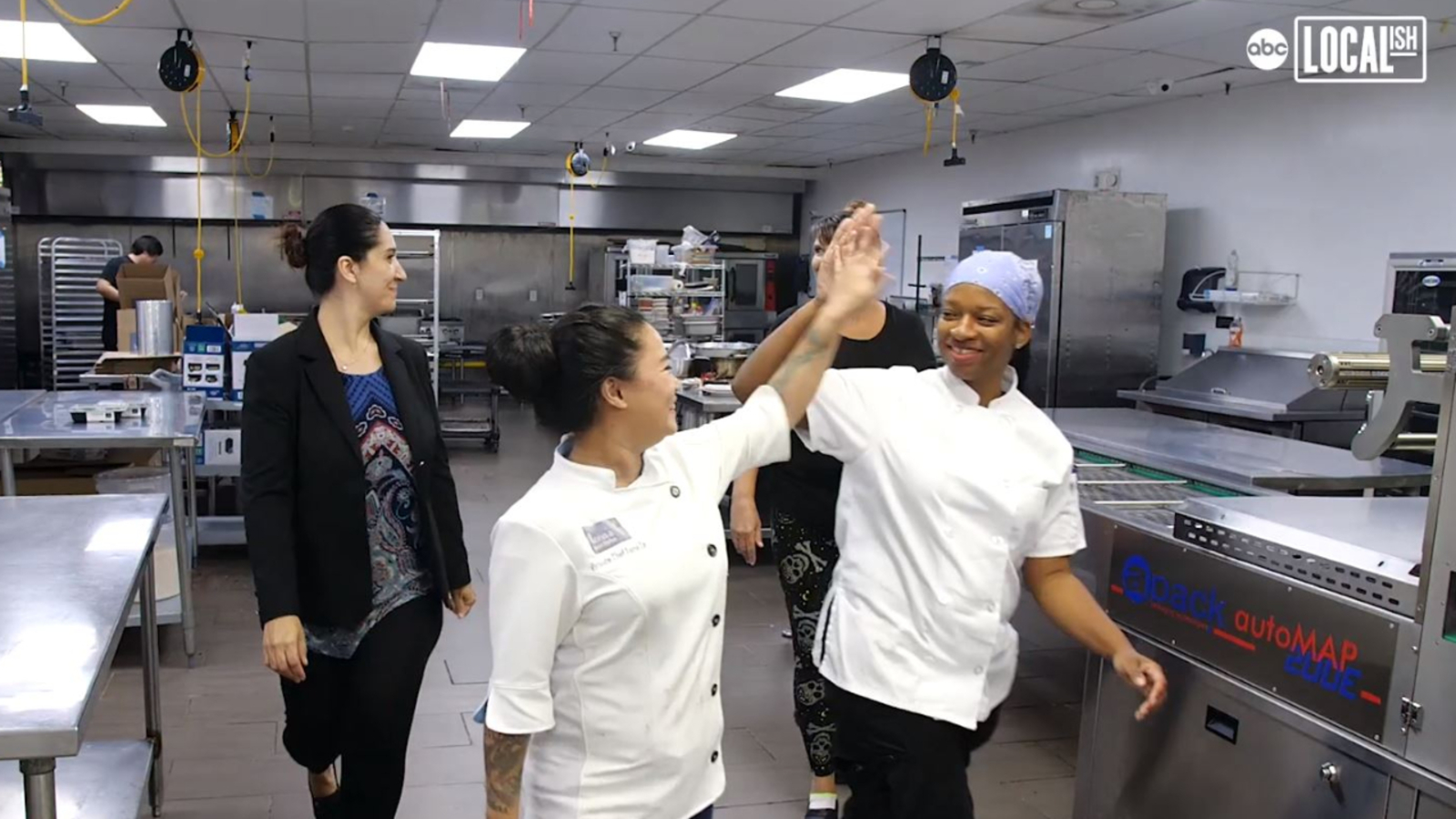 Houston, Texas — For the women who work in Lina Asia’s kitchen, it’s more than just a job—it’s a second chance at a bright future.

Lena’s Asian Kitchen is a healthy cooking service with a full menu of Asian comfort foods. But this Houston business does more than serve fresh, pre-prepared meals. It also offers hope to survivors of domestic violence.

“I employ survivors of domestic violence, and I am one of them,” Chef Lemlem, owner of Lina’s Asian Kitchen, told Live. “I feel like a lot of survivors, I feel like they’re alone, and that’s why I want to spread domestic abuse awareness.”

“She gave me the confidence to believe in myself,” said Tracy Diehl, who works as a prep cook at Lush Asian Kitchen. “I’m getting my life back. I’m going to my own apartment, I’m going to get a car.”

“Even when I think, OK, maybe I can’t, I just keep going,” said Jewel Miller, who works as a pastry chef. “Lina is always supportive and always tries to encourage me that I can, that I can.”

Chef Lina Le has been cooking for the past five years after coming to the US from Vietnam in 2015 and subsequently deciding to attend culinary school. Since then, she’s worked at famous Houston restaurants like Bluedoorn and even won a James Beard Award. Earlier this year, she decided to open her own catering business, focusing on dishes inspired by her Asian roots.