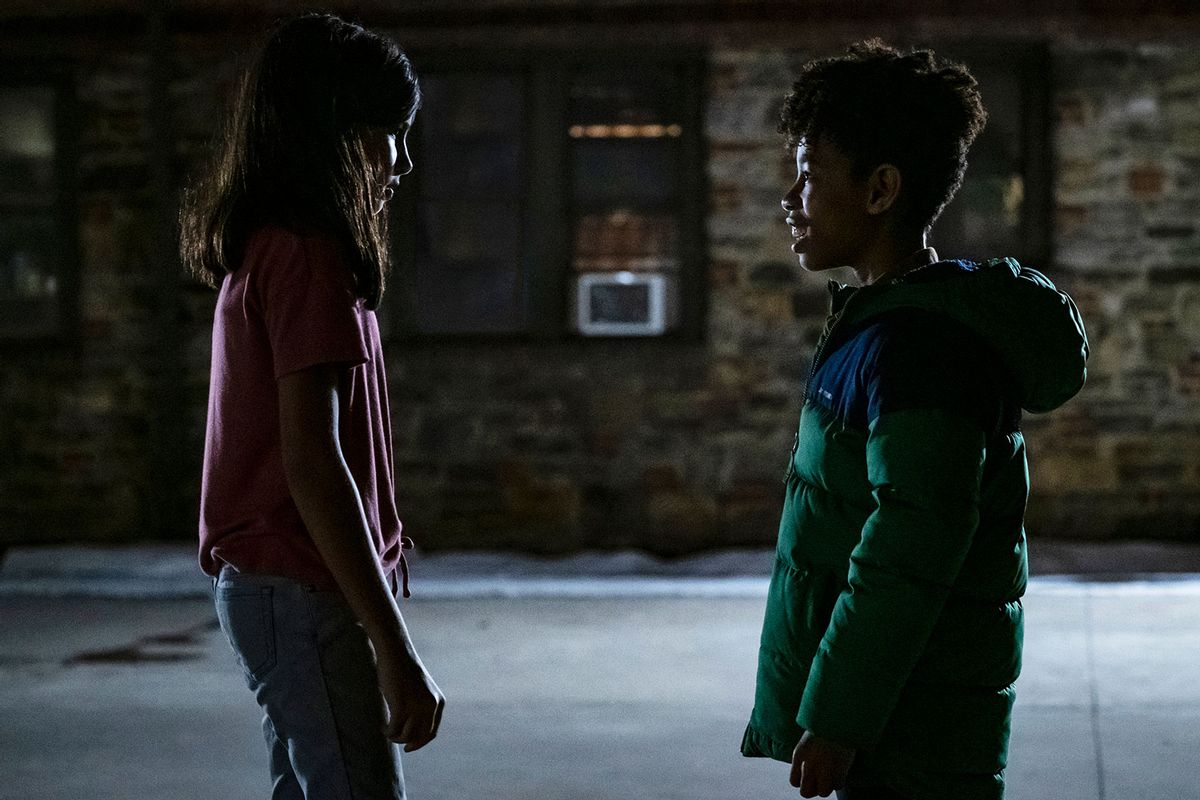 John Ajvide Lindqvist created what may be the perfect modern vampire story in his 2004 novel “Let the Right One In,” the story of a bullied boy befriended by a strange girl who is more than she seems, bonded by a shared sense of separation from the world around them. Few stories better encapsulate the tragedy of the vampire as a creature capable of intense emotion and humanity but unable to age, feel or permanently quell the urge to feed on human blood.

Lindqvist’s monsters are a girl who isn’t really a girl, and her caretaker, a guardian who isn’t her father.

The book and subsequent movie adaptations of the story, including the cold, haunting 2008 Swedish version and Matt Reeves’ American remake, “Let Me In,” soften some of the story’s central frictions, primarily the queasy sexual tension between the child and the man providing for her.

Showtime’s version, in addition to reclaiming the original title of “Let the Right One In,” removes that weirdness entirely by making Eleanor (Madison Taylor Baez) and her father Mark (Demián Bichir) a true father and daughter, and the girl vampire an actual girl, one who has been 12 for a decade instead of centuries.

But then, transforming an encapsulated story about a vampire hiding out in a small town into one that stretches over 10 episodes of television requires broadening the plot’s territory. Instead of a Stockholm suburb or a Los Alamos, New Mexico neighborhood, Eleanor and Mark move into a New York City apartment where Eleanor happens to share a wall with the shy Isaiah (Ian Foreman).

It’s fairer to think of Showtime’s “Let the Right One In” as loosely inspired by the source material instead of directly tapped into it.

They meet in the usual way: she’s hanging out in a tree in the courtyard, shoeless in the dead of winter, and notices him standing around by himself. But moments before she makes him her prey, Isaiah performs a coin trick that enthralls her. He’s an aspiring magician, she’s fascinated by the cosmos – although the sunlight would burn her to ash.

Eleanor, like her cinematic predecessors, is charmed by Isaiah’s innocence and drawn to his loneliness, a feeling with which she’s painfully familiar. Her father is paranoid they’ll be discovered before he can find a cure for her and discourages her from making friends. Loyal fans of the films and Lindqvist’s book may find the TV adaptation bland in comparison. Then again, it’s fairer to think of Showtime’s “Let the Right One In” as loosely inspired by the source material instead of directly tapped into it.

Some of the choices series creator Andrew Hinderaker makes to expand the story into a TV series land beautifully, particularly the emphasis on Mark’s fatherly care for Eleanor and the toll that keeping her safe takes on him.

Bichir’s stouthearted portrayal provides the core of the show around which everything and everyone else orbits. Baez matches him in passionate assuredness, ably vacillating between the personalities of a curious, innocent pre-teen and someone a decade older than she claims to be, and who has strength and power she’s grown weary of hiding. 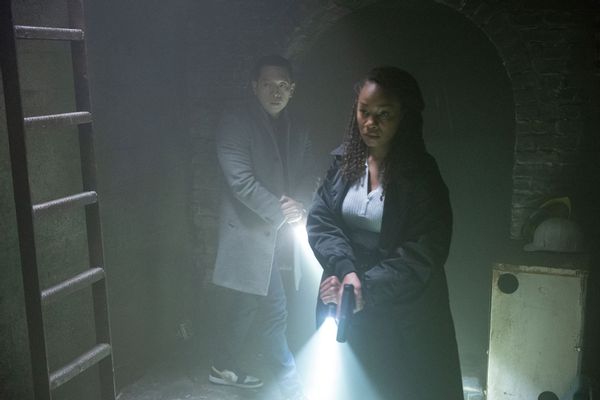 The familiar beats in “Let the Right One In” work decently enough to purchase patience for the parts of the plot that smack of being made for a small screen audience, starting with the detail that Isaiah’s mother Naomi (Anika Noni Rose) is a homicide detective.

A cynic might snort at the convenient inconvenience of this manufactured circumstance, placing a cop in the place next door to a man obligated to kill people to keep his daughter, a monster, alive. But that part makes more sense, at first, than a parallel plot involving a morally (and financially) bankrupt pharmaceutical baron (Željko Ivanek) who draws his estranged daughter Claire, a research scientist (Grace Gummer) back into the family fold to find a cure for his son’s (Jacob Buster) vampiric condition.

There is a link between these pain pill peddling pseudo-Sacklers and Mark and Eleanor, but it’s only hinted at once over five episodes of the series initially provided for review.

Figuring out what that is requires us to keep watching. The question is how much patience people will have to get there. 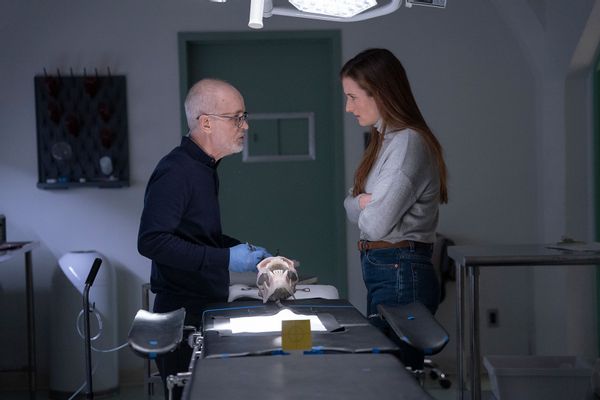 It takes a while for the adrenaline to kick into these subplots, and the ordinary familiarity of Naomi’s investigation of missing people and unsolved murders around the city adds to the sense of narrative ambling in the slacker portions of these episodes. But the restrained intensity and warmth in Rose’s performance bridge well with the rumpled grief Bichir presses into his. They’re both single parents aching to ease the social awkwardness and psychic pain their children are going through, but unable to entirely comprehend the extent of it.

Want a daily wrap-up of all the news and commentary Salon has to offer? Subscribe to our morning newsletter, Crash Course.

“Let the Right One In” trades terror for another feeling that has yet to be fully defined.

That relationship, bound by the burgeoning affection their children have for each other, makes a lot more sense than whatever monkey business is unfurling with Claire at her father’s haunted mansion, even if Nick Stahl’s serene presence as the family henchman provides a reason for us to pay attention.

One welcome innovation that Hinderaker makes to the “Let the Right One In” framework, however, is in the way he uses Eleanor’s condition to demonstrate the ways that a debilitating condition can arrest the progress of everyone connected to it.

Naomi and Isaiah are accustomed to not counting on Isaiah’s father (Ato Essandoh), a recovering addict. Mark, an extraordinary chef, risks everything by staying in one place, including the lives of those who care about him, like Eleanor’s godfather Zeke (a wonderful Kevin Carroll).

The show’s title, “Let the Right One In,” announces one of the classic rules binding Eleanor from harming people; she has to be invited into someone’s home before she can cross the threshold. From there, anything could happen. But it also speaks to the possibility that something wonderful could result in trusting a new edition of a familiar creation, even one that trades terror for another feeling that has yet to be fully defined.