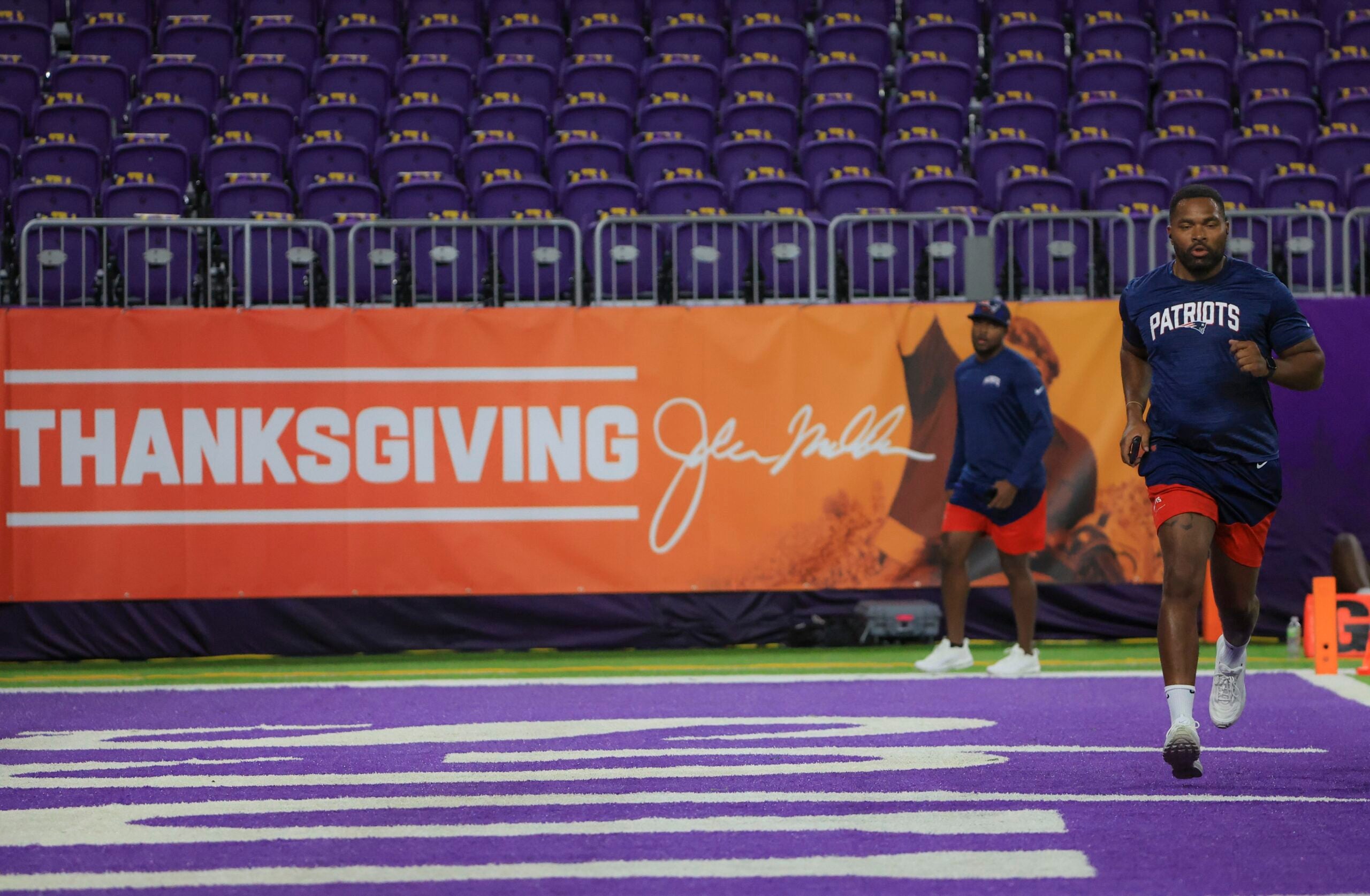 Welcome to Week 12, where the Patriots are set to take on the Minnesota Vikings in a primetime Thanksgiving matchup on NBC.

The Patriots have won three in a row, including last week’s thriller against the Jets. The Vikings had a seven game win streak snapped with a 40-3 loss to the Cowboys last week.

The veteran center suffered a thigh injury against the Jets, but returned to practice this week.

Vikings coach Kevin O’Connell, who was drafted by New England as a quarterback in 2008, will face Bill Belichick for the first time as a head coach.

Belichick, who has wins in 50 different NFL venues, hasn’t won yet in Minnesota’s U.S. Bank Stadium which opened in 2016.

It is one of two current NFL stadiums, along with Las Vegas’ Allegiant Stadium, where Belichick does not have a win according to ESPN’s Mike Reiss.

The Patriots have only beaten one opponent, the Jets, who have a record above .500. New England has an opportunity for a statement win on a big stage.

Follow along here for live updates, scores, and analysis.