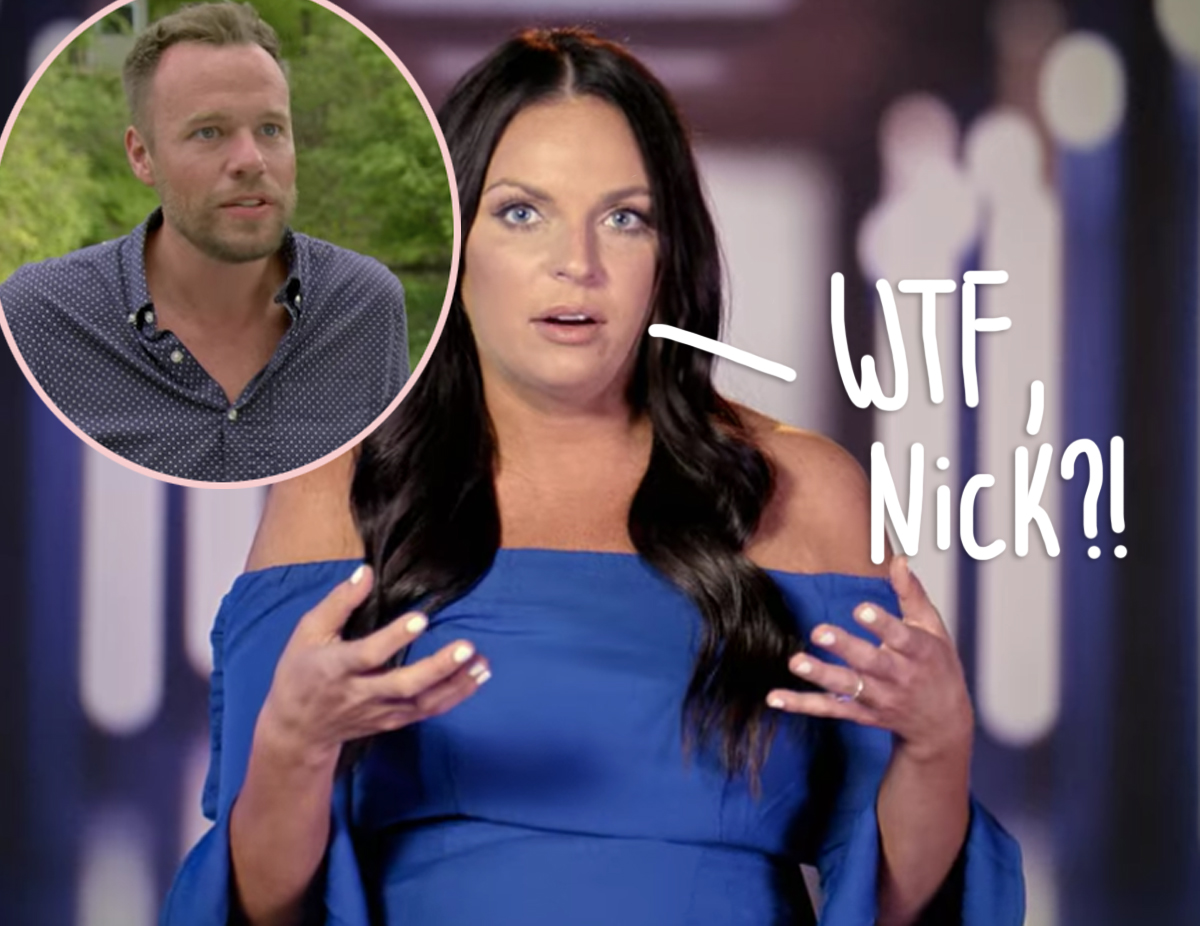 As Love Is Blind fans know, the two got married after first meeting in the pods during season two of the Netflix reality series.  However, they did not get their fairytale ending as Danielle filed for divorce from her husband last month. Although this has been a difficult time for Danielle and Nick, they seemed to be moving forward with their breakup as civilly as possible – well, until now!

On Saturday, the 37-year-old reality star posted a poll on Instagram Stories asking his followers which Love Is Blind season two contestants “would die first” in a Scream-like scenario. Soon, a bunch of fans started sharing this message with Danielle and questioned whether he would choose her as the correct answer due to their recent split. She reacted by re-posting a screenshot of Nick’s Story, writing:

“I’ve been sent this from many fans. Please don’t give him the satisfaction he’s looking for responding with ‘danielle’ (’m rly good at hide n seek anyways)”

She then hopped back onto Instagram Stories to explain why she took an issue with the post, revealing that Nick planned on talking “s**t” about her and the other female cast members on IG Live! Whoa! Danielle claimed in the video:

“The only reason I re-posted that [on my Story] is because I was told by one of our mutual friends that Nick was planning on doing an Instagram Live to talk s**t about me and all the other girls, like Natalie [Lee] and Iyanna [McNeely]. And like, do you want me to do the same thing? Like, I don’t want this to be some sort of bloodbath. God, damn!”

Yikes!! Just when you thought this split was going to be amicable…

Danielle further shared that was “upset” when she found out about Nick’s post because “he used to talk about how he doesn’t want the girls to hate him” while going through their breakup and hoped they could have just handled it without an unnecessary drama. She added:

“That came as a shock to me when I was told it. Granted, I was also told that he was drunk when he decided to do that, and we all make drunk mistakes.”

Innerestingly enough, this came just a day after Danielle had nothing but kind things to say about Nick. She even told E! News on Friday that her ex-husband was “a great guy,” saying:

“Just because it didn’t work out like in the way that we had hoped, I would love to be friends in the future. I think it’s a little bit raw right now. So, it’s kind of difficult, but we went through something that no one else in the world has.”

It’s crazy how things could change in a matter of twenty-four hours! Nick has yet to respond to Danielle’s accusations – so we will see if he has something to say about this. But in the meantime, thoughts on the situation, Perezcious readers? Did you expect their divorce to take a turn? Let us know in the comments below!

[Image via Love Is Blind/Netflix]