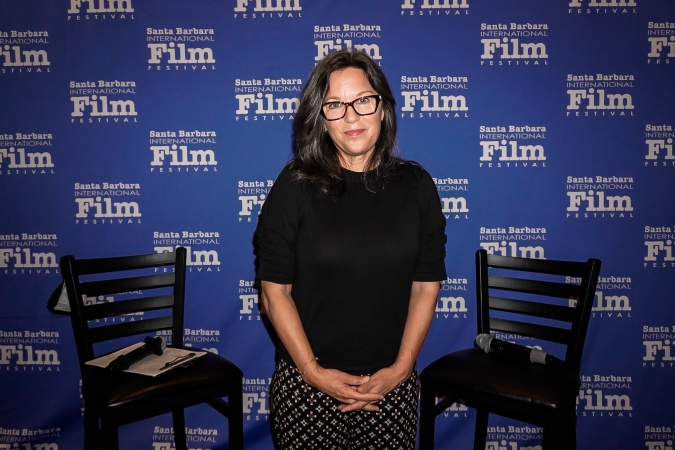 Apple TV+’s new animated adventure comedy Luck directed by Peggy Holmes follows Sam, a young woman who has aged out of foster care and finds herself on her own, up against a lifetime of bad luck. When a lucky penny turns everything around, she’s horrified when she accidentally loses it — until she meets a talking cat and follows him into the world of luck.

Peggy Holmes says that she and writer Kiel Murray were inspired by a group of former foster kids who had also aged out of the foster care system.

“Myself and Kiel Murray, our writer, we got to meet with this group of young adults who had lived experience in the foster care system, who had very similar lives to our lead character, Sam. They had grown up in foster care, they had been in many, many homes and had aged out, and now they’re alone in the world. And we got to talk with these young people, and we were just completely inspired and impressed by how hopeful they were about life,” Holmes said at a Santa Barbara International Film Festival‘s Cinema Society event on Saturday.

SBIFF’s Cinema Society puts on sneak preview screenings for its membership base. the majority of which are followed by Q&As with filmmakers and talent focusing on the art and craft of filmmaking.

“Despite the real bad luck they have in their life and the circumstance that led them to not have a family and to grow up in foster care or group homes, they were so positive, and they were holding down two jobs, going to school — they were incredibly generous of heart, they understand what love means, they understand what family means. They cherish it, because it’s the thing they didn’t have.”

Those young adults inspired the filmmakers to make Sam’s character so positive and optimistic.

“We were like, wow, these, these young people are the heroes of their own life. And we were just inspired to make Sam that way,” she says. “That despite her bad luck, she keeps going. Not to say they didn’t have moments of sharing what it really feels like to them… they feel somewhere deep inside that it’s them. And at some point in their life, someone comes into their life and tells them and they can finally hear it — that they are not their bad luck, and it doesn’t define them. So we were just really inspired by these young adults that we met.”

Luck is now streaming on Apple TV+ and playing in theaters.